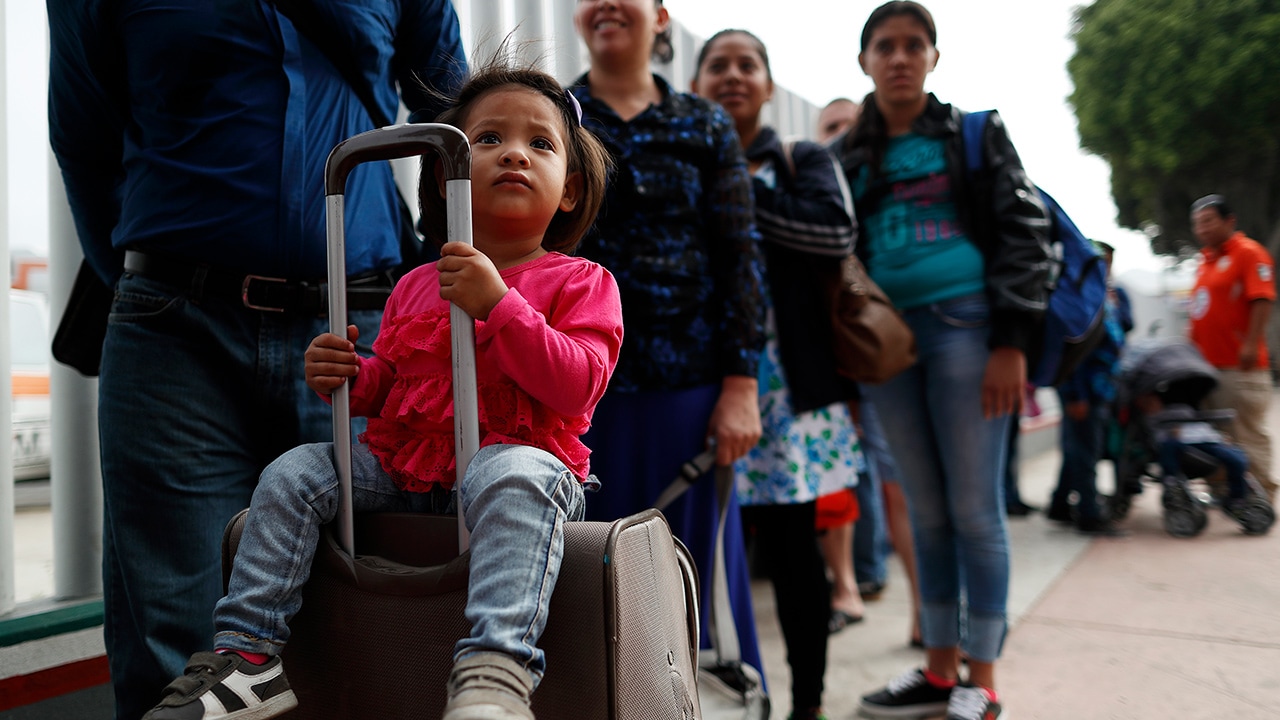 SAN DIEGO — Shy children were given a meal and a plane or bus ticket to locations around the U.S. as non-profit groups tried to smooth the way for kids reunited with their parents as a deadline loomed following their separations at the U.S. Mexico border.
The Trump administration said Thursday that more than 1,800 children 5 years and older had been reunited with parents or sponsors hours before the deadline. That included 1,442 children who were returned to parents who were in U.S. Immigration and Customs Enforcement custody, and another 378 who were released under a variety of other circumstances.
But about 700 more remain separated, including 431 whose parents were deported, officials say. Those reunions take more time, effort and paperwork as authorities fly children back to Guatemala, El Salvador and Honduras.

The court-ordered deadline has passed and now the federal judge in San Diego who ordered the reunifications must decide how to address the hundreds of still-separated children whose parents have been deported, as well as how much time, if any, reunified parents should be allowed to file asylum claims.
Lee Gelernt, an attorney for the American Civil Liberties Union representing separated parents, said Thursday it was unclear how long it might take to find the parents returned to their homelands.


“I think it’s just going to be really hard detective work and hopefully we’re going to find them.” — Lee Gelernt, attorney for the American Civil Liberties Union
U.S. District Judge Dana Sabraw will also consider the ACLU’s request to give reunified parents at least a week to consider if they wish to seek asylum. The government opposes the waiting period, and Sabraw has put a hold on deporting reunified families while the issue is decided.
On a parallel legal front over the treatment of immigrant children, U.S. District Judge Dolly Gee in Los Angeles will be asked Friday to appoint a special monitor to oversee detention facilities.
Children described horrid conditions in a voluminous report filed this month over whether the Trump administration is meeting its obligations under a long-standing settlement governing how young immigrants should be treated in custody.

As the deadline neared, small groups of children were led in and out of Lutheran Social Services in Phoenix all day Thursday, sometimes holding hands with a worker from the center. Children and parents wore matching hospital-like identification bracelets and carried belongings in white plastic bags. The men sported shoes without laces that were taken away while in immigration detention.
Support worker Julisa Zaragoza said some kids were so afraid of losing their parents again they didn’t want to go to the bathroom alone. “These families have been through a lot,” she said.
The federal government was supposed to reunify more than 2,500 children who were separated from their parents under a new immigration policy designed to deter immigrants from coming here illegally, but the policy backfired amid global outrage over crying children taken from their parents.
President Donald Trump ended the practice of taking children from parents and Sabraw ordered the government to reunite all the families by the end of Thursday, nevertheless indicating some flexibility given the enormity of the effort.
Chris Meekins, the head of the office of the assistant secretary for preparedness and response for Health and Human Services, said the government would continue to reunify families with eligible parents throughout the evening.
In most cases the families are released and the parents typically get ankle-monitoring bracelets and court dates to appear before an immigration judge. Faith-based and other groups have provided meals, clothing, legal advice, plane and bus tickets and even new shoe laces. 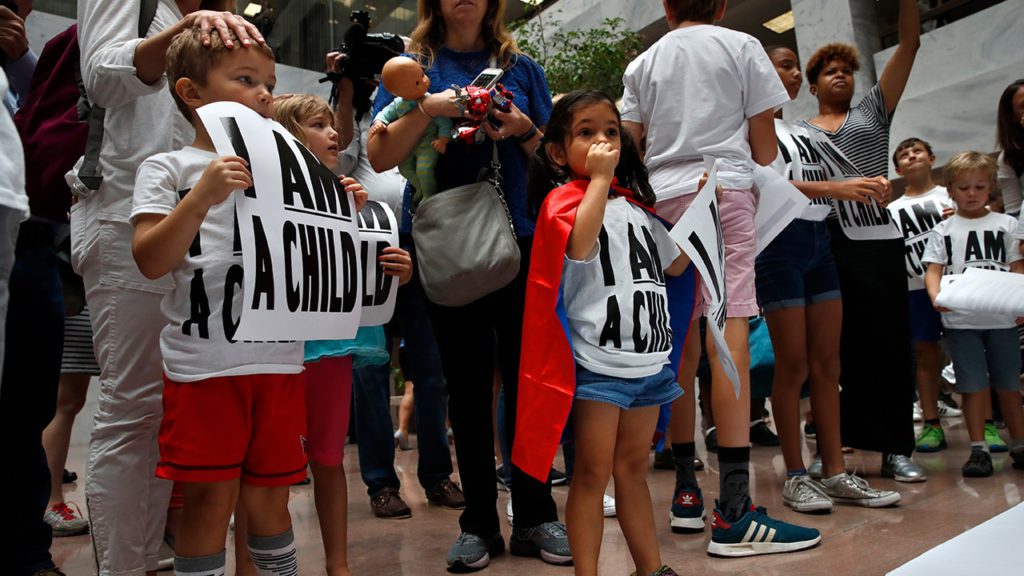 A protest of families asking for the reunification of immigrant families who were separated at the border, on Capitol Hill in Washington. (AP Photo/Jacquelyn Martin)

A charitable organization called FWD.US, founded by technology leaders including Microsoft founder Bill Gates, Facebook CEO Mark Zuckerberg and Dropbox founder Drew Houston was paying for the airline tickets, the bus tickets and the lodging for all the families newly reunited in the Phoenix area to get them to relatives living all over the United States, said Connie Phillips of Lutheran Social Services. She said a phone company donated 500 mobile phones for the migrants, each with six months of free service.
There were scattered reunions in various locations Thursday, including about 15 in Phoenix, said Phillips. The main immigrant-assistance center in El Paso, Texas, has been receiving about 25 reunified families daily.


“She is afraid. Yesterday I left her crying, she is telling me, ‘You are not coming back.'” — Jose Dolores Munoz, father who was reunited with his daughter
Some children who had not seen their parents in weeks or months seemed slow to accept that they would not be abandoned again.
Jose Dolores Munoz, 36, from El Salvador, was reunited with his 7-year-old daughter last Friday, nearly two months after they were separated, but he said his daughter cries when he leaves the house.
Those who remain separated from their children include Lourdes de Leon of Guatemala. She surrendered to authorities at the border and was deported on June 7, while her 6-year-old son, Leo, remained in the U.S.
De Leon said Guatemalan consular officials told her signing a deportation order would be the easiest way to reunite with Leo.
“He is in a shelter in New York,” de Leon said. “My baby already had his hearing with a judge who signed his deportation eight days ago. But I still do not know when they are going to return him to me.”
At the Lutheran center, Phillips said the parents and kids have opened up as they go through an assessment process with workers. She said the outpouring of donations has been comforting.
“We have seen a lot of people come together over this, we’re seeing the best of what Americans can be,” she said.
Related Topics:borderimmigrationImmigration and Customs Enforcementmigrant childrenreunitedSan Diego
Up Next