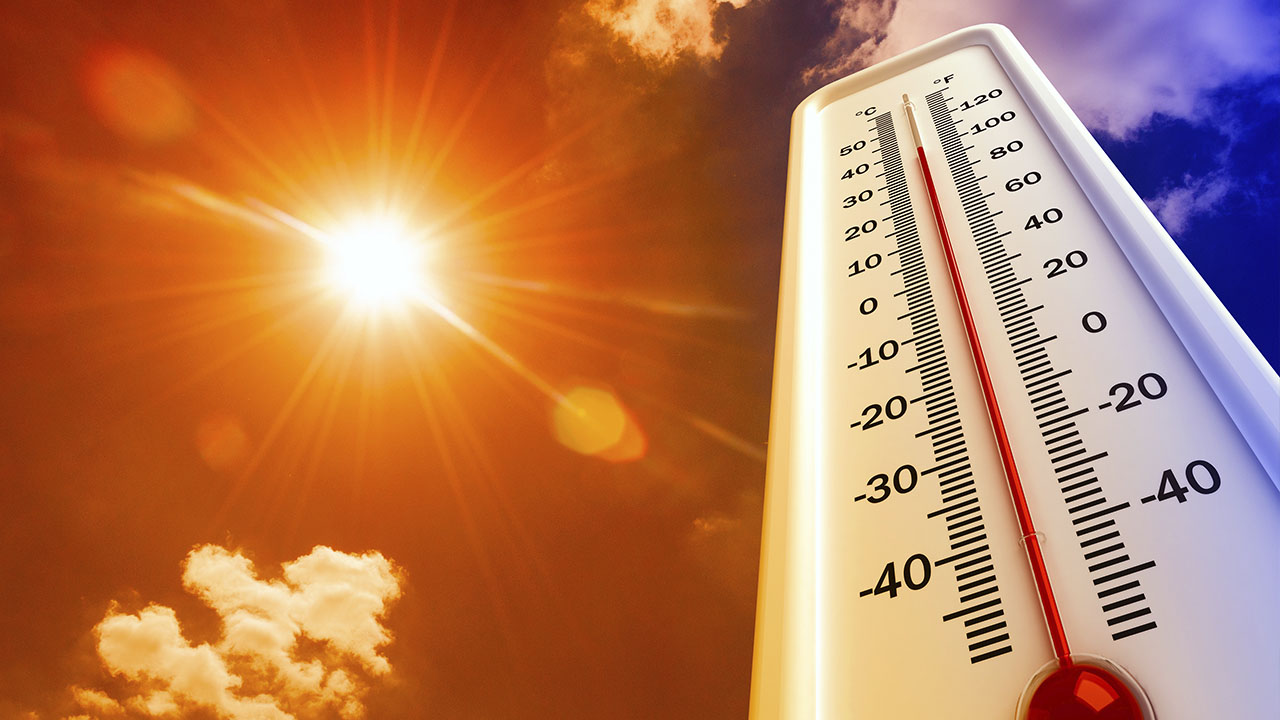 Fresno has set a very uncomfortable record.
Friday saw the city’s temperature reach triple digits for the 22nd-straight day, eclipsing the previous mark of 21 days at or over 100 degrees first set in 2005, according to the National Weather Service in Hanford.
In addition, the weather experts say that Fresno is going to keep adding to that record until early August.
The three-day forecast through Monday reads like the Death Valley version of the movie “Groundhog Day” — 105, 105, 105.


“The overnight lows are adding into what makes the heat more difficult because it is not cooling off a lot at night.” —  Jim Bagnall, National Weather Service meteorologist
With this triple-digit heat comes concerns about heat exhaustion, sunburns, and protecting your pets.
You also could be scrambling to stay cool and save your food if your power suddenly shuts down because of the demand on California’s energy grid.
Even though Fresno temperatures right now are nowhere near the record high, which was set in 1905 at 115 degrees, Jim Bagnall, a meteorologist with the NWS  in Hanford, said it has been hot enough to issue a heat advisory. The advisory is in effect until 9 p.m. Sunday. There is an air-quality alert in effect because of the Ferguson Fire as well. 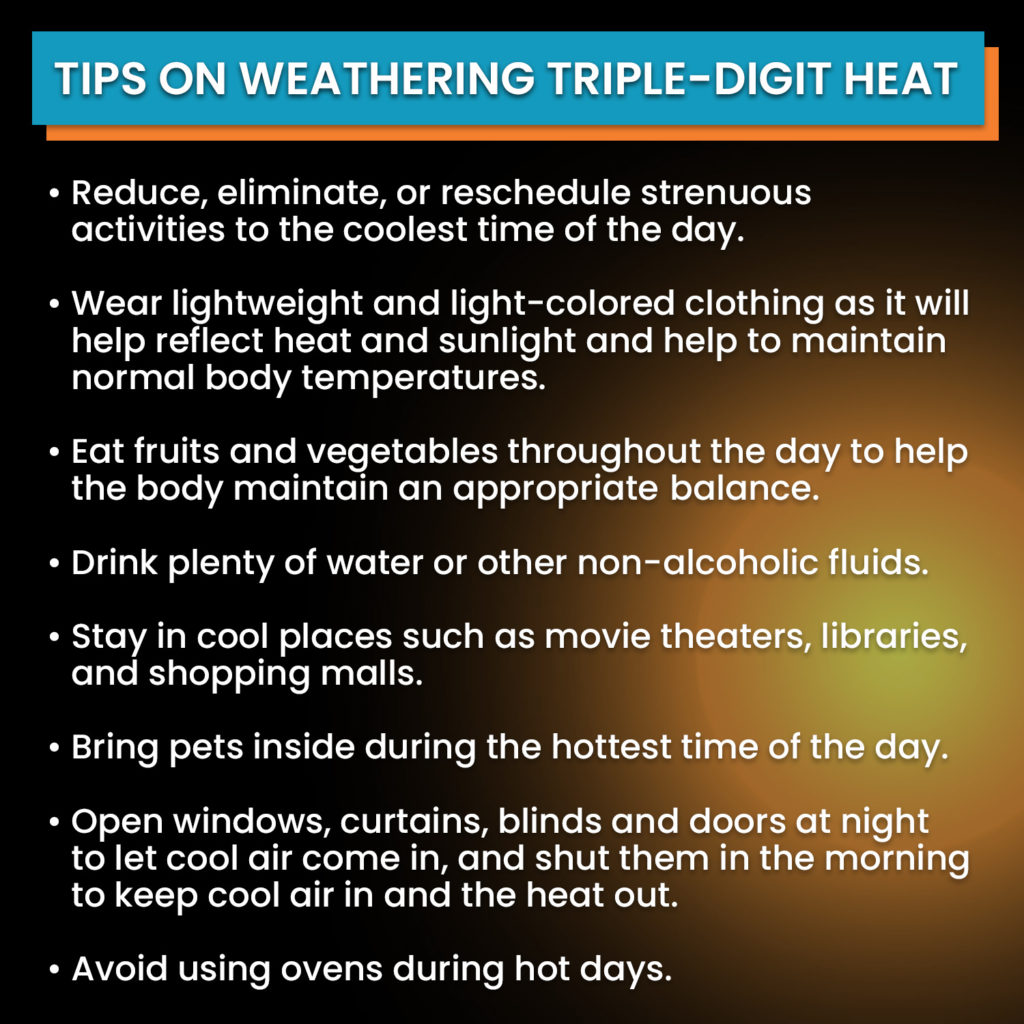 For this time of the year, Bagnall said, the normal high is 99 degrees. He also says that those seeking relief from the heat during the night will be disappointed.
“The overnight lows are adding into what makes the heat more difficult because it is not cooling off a lot at night,” Bagnall said, adding that the overnight lows have been in the low-to-mid 70s. “That just kind of makes it harder for people to recover.”


“Small behavior changes can make a big difference in reducing demand on the power grid, especially during periods of peak heat, and help customers save money all summer long.” — PG&E spokesperson Brandi Merlo
Clovis provides ways to beat the heat, too.
Residents can utilize the Sierra Vista Mall as a cooling center on any day when the NWS predicts Clovis temperatures to be 100 degrees or greater. In such cases, the mall will operate from 10 a.m. to 9 p.m., Monday through Friday, from 10 a.m. to 8 p.m. on Saturday, and from 11 a.m. to 6 p.m. on Sunday.

Stay Cool in the Pool

How To Cut Your Electricity Bill

For those trying to stay inside as much as possible, Brandi Merlo, a spokesperson for PG&E, said there are ways to save on electric bills.
“Small behavior changes can make a big difference in reducing demand on the power grid, especially during periods of peak heat, and help customers save money all summer long,” Merlo said.
Merlo said some tips include setting a thermostat at 78 degrees or higher when in the home and 85 degrees when leaving the home.
“Setting your thermostat just five degrees higher will save you about 10 percent on your cooling cost,” Merlo said, adding that people should also consider turning on their ceiling fan at the same time.
“When you have your ceiling fan on, you can raise your thermostat typically about four degrees to save energy with no reduction in comfort.”
On days when demand for California’s electricity resources peaks, Merlo said it is best to shift away from or reduce electricity usage between 2 p.m. and 7 p.m.