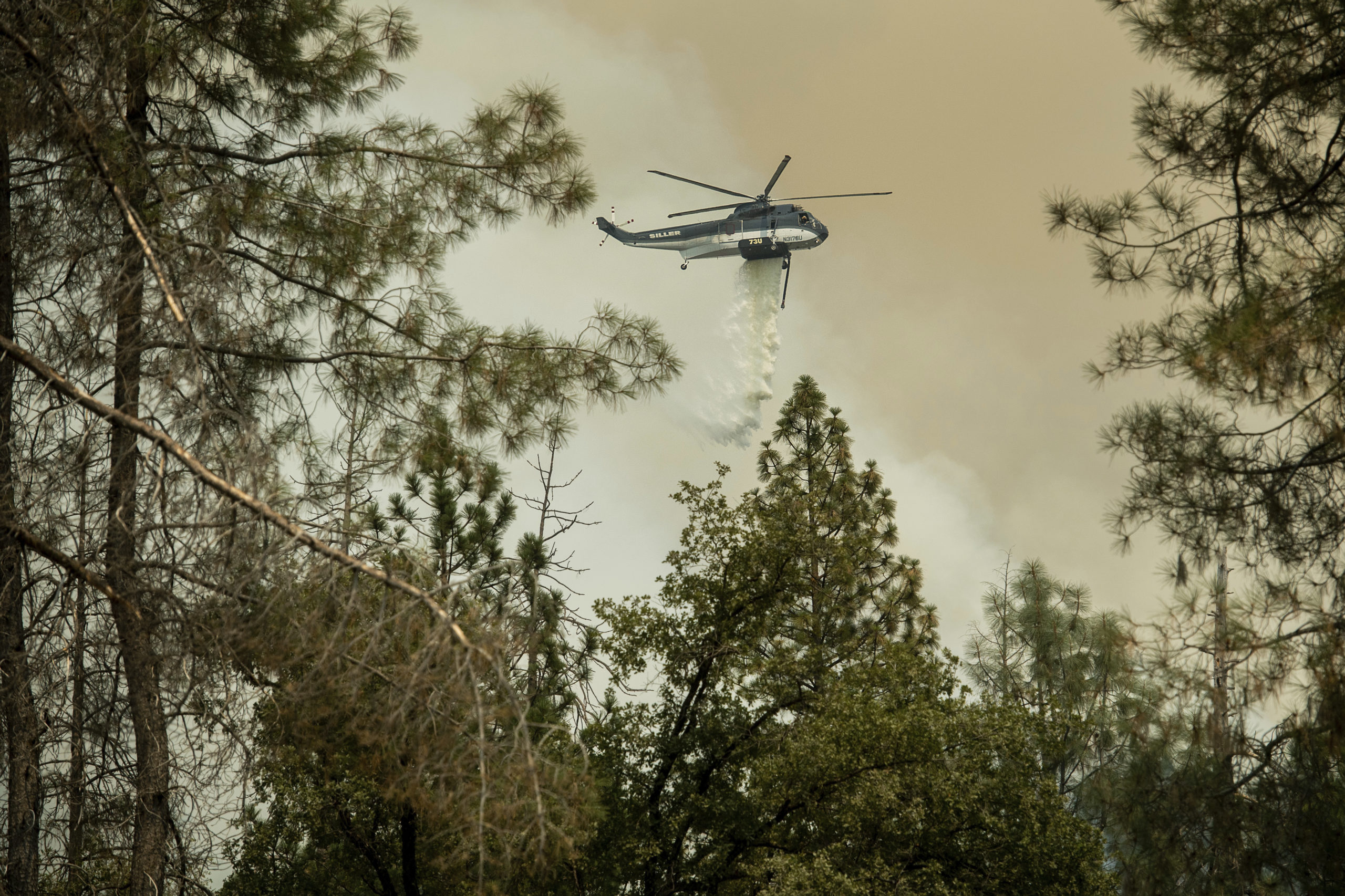 Some of the crews fighting the Ferguson Fire are focusing on removing potential fuel between the fire and the communities of Yosemite West and El Portal, the U.S. Department of Agriculture said Friday morning.
In addition, crews on the north side of wildfire hope to expand containment lines. Over on the fire’s western perimeter, firefighters are working on isolated hot spots.
Fire officials report that the fire west of Yosemite National Park grew by 1,688 acres over Thursday night and Friday morning. That brought the fire’s coverage area to 45,911 acres.
The biggest challenge was an evening wind shift. Still, overall containment ticked up to 29 percent and crews successfully built contingency lines to protect nearby communities, officials said.
There are 3,821 personnel engaging the fire. They are backed by 261 engines, 55 water tenders, 16 helicopters, 79 bulldozers and five masticators.

Cause of Fire Remains Unknown

The cause of the fire is unknown. It started the night of July 13  at Highway 140 and Savage Trading Post in Mariposa.
For information on Yosemite National Park: nps.gov/yose, 209 372-0200.
There will be a community meeting at 6 p.m. tonight at Tenaya Elementary School in Groveland.

California Gov. Jerry Brown declared a state of emergency in Mariposa County on Thursday afternoon because of the fire, which claimed the life of bulldozer operator Braden Varney on July 14.
Earlier Thursday, the governor declared emergencies due to wildfires in Riverside and Shasta counties.
Yosemite Valley will be closed until at least Sunday, along with a winding, mountainous, 20-mile stretch of California’s Highway 41 that leads into the area,
For information on Yosemite National Park: nps.gov/yose or call 209-372-0200. 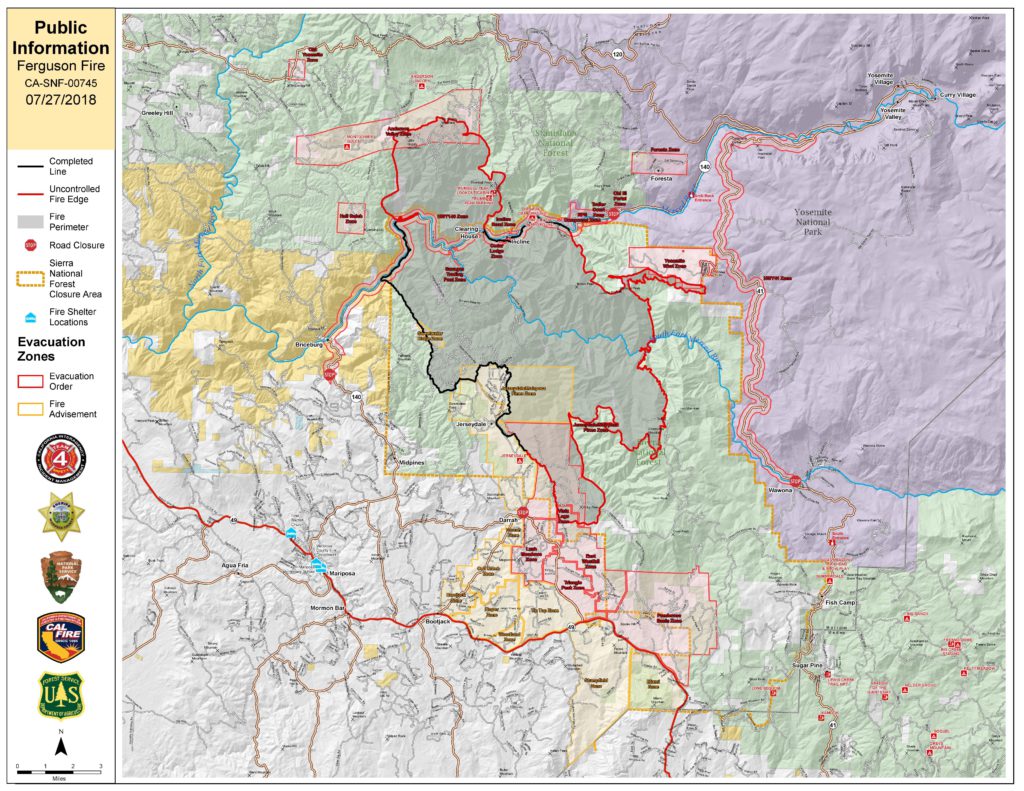