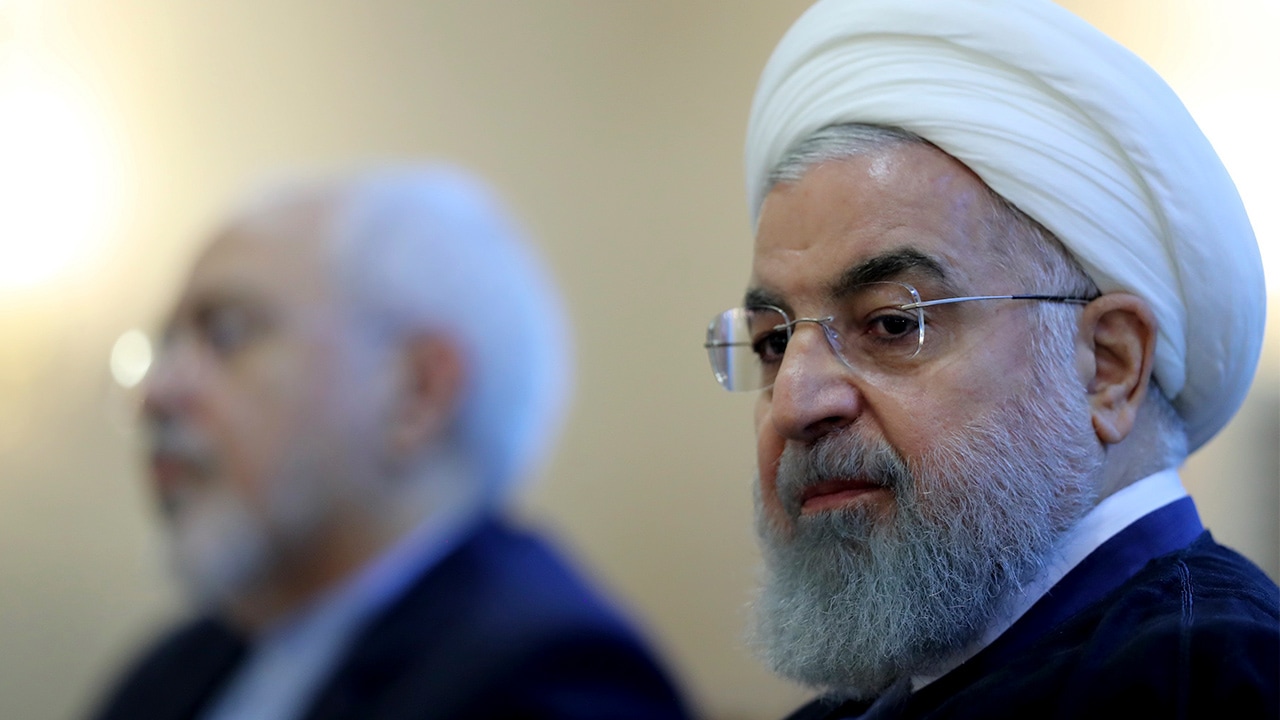 WASHINGTON — President Donald Trump’s explosive Twitter threat to Iran’s leader comes as his administration is ratcheting up a pressure campaign on the Islamic republic that many suspect is aimed at regime change.
No one is predicting imminent war. But Trump’s bellicose, all-caps challenge addressed to President Hassan Rouhani followed a speech by Secretary of State Mike Pompeo in which he accused Iran’s leadership of massive corruption and widespread rights abuses and urged Iranians to rise up in protest.
Both the tweet and the speech landed less than two weeks before the administration will begin re-imposing sanctions on Iran that had been lifted under the 2015 nuclear deal. In the meantime, the U.S. is stepping up Farsi-language outreach that is intended to support Iranians demonstrating against the policies of their government.
Trump’s tweet doesn’t appear to have been prompted by any notable shift in rhetoric from Iran.
It could have been an impulsive reaction to reports from Tehran quoting Rouhani as giving the U.S. an oft-repeated reminder that conflict with Iran would be “the mother of all wars.” Yet animosity directed at the Iranian leadership is an established part of the administration’s broader foreign policy.

Iran publicly shrugged off Trump’s late Sunday message — “NEVER EVER THREATEN THE UNITED STATES AGAIN OR YOU WILL SUFFER CONSEQUENCES THE LIKES OF WHICH FEW THROUGHOUT HISTORY HAVE EVER SUFFERED BEFORE.”
Tweeted by Foreign Minister Mohammad Javad Zarif on Monday:

COLOR US UNIMPRESSED: The world heard even harsher bluster a few months ago. And Iranians have heard them —albeit more civilized ones—for 40 yrs. We’ve been around for millennia & seen fall of empires, incl our own, which lasted more than the life of some countries. BE CAUTIOUS!

Asked at the White House if he had concerns about provoking Iran, Trump said simply, “None at all.” Tehran is already aware of what is coming from the administration as consequences of Trump’s May withdrawal from the 2015 nuclear accord take shape.
As Pompeo noted in his speech to Iranian-Americans and others in California on Sunday, the centerpiece will be the re-imposition of U.S. economic sanctions; the first batch will go back into force Aug. 4, targeting the Iranian automotive sector and trade in gold and other metals. A more significant set of sanctions that will hit Iran’s oil industry and central bank by punishing countries and companies that do business with them will resume Nov. 4.
“Right now, the United States is undertaking a diplomatic and financial pressure campaign to cut off the funds that the regime uses to enrich itself and support death and destruction,” Pompeo said in his speech at the Ronald Reagan Presidential Library and Museum in Simi Valley.
Pompeo also slammed Iran’s political, judicial and military officials, accusing several by name of participating in rampant corruption, and called its religious leaders “hypocritical holy men” who amassed wealth while allowing their people to suffer. He said the government has “heartlessly repressed its own people’s human rights, dignity and fundamental freedoms,” and he hailed the “proud Iranian people (for) not staying silent about their government’s many abuses.”

The U.S. Will Not Stay Silent

“The United States under President Trump will not stay silent either,” he said.
He was right. True to form, Trump did not stay silent. But the White House blamed Rouhani for inciting the war of words with his comment that “America must understand well that peace with Iran is the mother of all peace and war with Iran is the mother of all wars.”
“WE ARE NO LONGER A COUNTRY THAT WILL STAND FOR YOUR DEMENTED WORDS OF VIOLENCE & DEATH. BE CAUTIOUS!,” Trump wrote.
Reaction from Congress, particularly Democrats, was swift and critical.
Democratic Sen. Jeanne Shaheen of New Hampshire, a member of the Foreign Relations Committee, acknowledged that Iran’s terrorist activities in the Middle East pose a threat but suggested it wouldn’t be solved through a tweet from Trump.


“Our differences are with the Iranian regime’s actions and, in particular, with the actions of the Islamic Revolutionary Guard Corps, not the Iranian people. The Trump administration’s Iran policy seeks to address the totality of these threats and malign activities and to bring about a change in the Iranian regime’s behavior.” — Trump’s National Security Council
“Sadly, after pulling us out of the nuclear deal with Europe and Iran, there doesn’t seem to be strategy for how to move forward to fight Iran’s activities,” she said.
And Virginia Sen. Tim Kaine, the 2016 Democratic vice presidential candidate, called the Twitter blast from the White House “another warning sign that Trump is blundering toward war with Iran.”
“If anybody’s inciting anything, look no further than to Iran,” said White House press secretary Sarah Sanders said. She added that Trump has been “very clear about what he’s not going to allow to take place.”
Trump has a history of firing off heated tweets that seem to quickly escalate long-standing disputes with leaders of nations at odds with the U.S.
In the case of North Korea, the verbal war cooled quickly and gradually led to the high-profile summit and denuclearization talks. Still, there has been little tangible progress in a global push to rid North Korea of its nuclear weapons program since the historic Trump-Kim Jong Un summit on June 12.

Will Women Make US History & Run the Nevada Legislature?