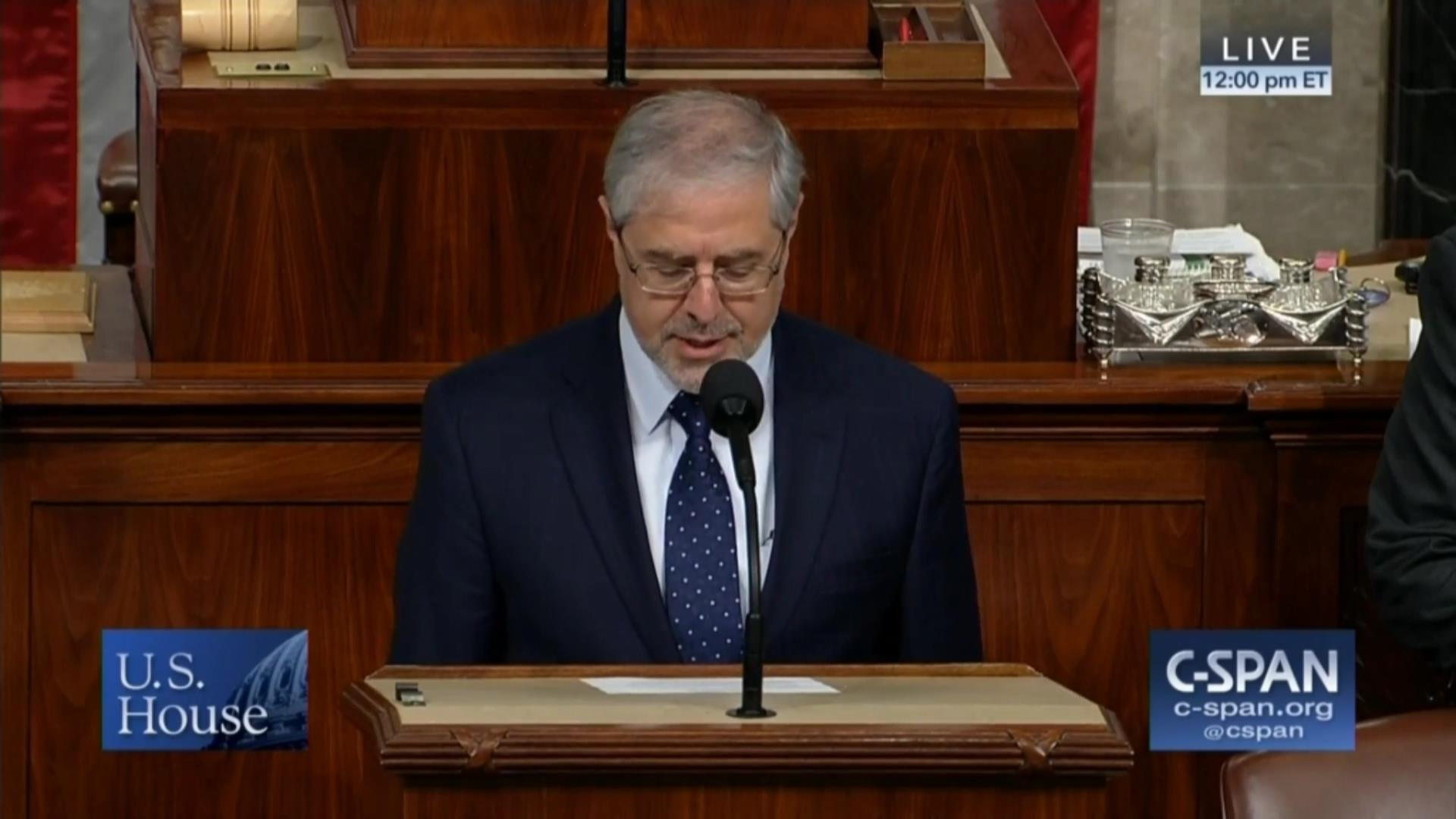 Click here to view the full prayer.
Imam Seyed Ali Ghazvini of Fresno isn’t the first Muslim religious leader to deliver the invocation on the House of Representatives floor. But, he is the latest.
“I thank you God for leading me to this great nation,” Ghazvini prayed after an introduction from House Speaker Paul Ryan (R-Wisconsin).
The religious leader of the Islamic Cultural Center of Fresno delivered the prayer today (July 24) at the invitation of Rep. Jim Costa (D-Fresno).
Ghazvini is the ninth imam since April 2000, according to the House chaplain’s online archives, to receive the honor. Ghazvini’s brother, Imam Hassan Qazwini, of Dearborn, Michigan, delivered the invocation in 2003.
“It is actually the biggest (invocation). I’ve offered invocations to a variety of local and state bodies. But this would be the highest. … I’m excited,” Ghazvini said.

Ghazvini spoke about immigration during his 1-minute, 23-second invocation.
“So that no one seeking refuge from war is banned from stepping on our soil, based on faith, affiliation or race. So that desperate families seeking refuge are not separated,” he prayed.
“This is coming at a very crucial time,” Ghazvini told GV Wire during an interview before the invocation. “We have a huge problem with immigration issues. There are many immigrants separated from their families. There is the issue of what we call the Muslim Ban. … I’ll be praying for peace.”
By including immigration in his prayer, Ghazvini was cognizant that it may appear that he delivered a political message. He said that he didn’t.
“This is concerning people affairs,” he said. “I believe this is our duty to reflect that in our prayers.”
During his time in Washington, D.C., Ghazvini hoped to meet with other elected officials.
What would he say if he met with President Trump?
“I would tell him relax, bring some healing to this country. Think wisely. Instead of focusing on division within our nation, let us focus on healing,” Ghazvini said. “(It) would be a very important message I would love to give him.”

Invocations usually run 60 to 90 seconds. Guidelines from the Office of the Chaplain include a 150-word limit. This presented an editing challenge for Ghazvini.
“It is really difficult to prepare a powerful prayer in a very few words,” he said. “I did my best. I got a help from a few friends,” Ghazvini said.

After Ghazvini’s invocation, Costa spoke on the House floor.
“The Imam Ghazvini has distinguished himself as a prominent, prominent leader,” Costa told his colleagues. He extolled the virtues of the Imam’s leadership.

Imam invocations in the House (since April 2000):

“In the name of God, the Compassionate, the Merciful.
“Almighty God, I thank you for having led me to this great nation whose history of welcoming immigrants makes it possible for me to give today’s prayer.
“I thank you for inspiring our Founding Fathers, and the governments that followed, to acknowledge civil liberties and minority rights. I ask you, God, to bless members of this hall and I pray that you continue to inspire our elected officials so that their decisions meet your approval.
“I pray that you inspire them to continue to uphold the democratic values of fairness and compassion that have made our nation great so that no one seeking refuge from war is banned from stepping on our soil based on faith, affiliation, or race. So that desperate families seeking refuge are not separated.
“God, power our lawmakers to promote peace, starting in our own cities and emanating to the rest of the world.
“Amen.”

Yosemite Park Boss: 'Get Yourself Out of Here If You Can'