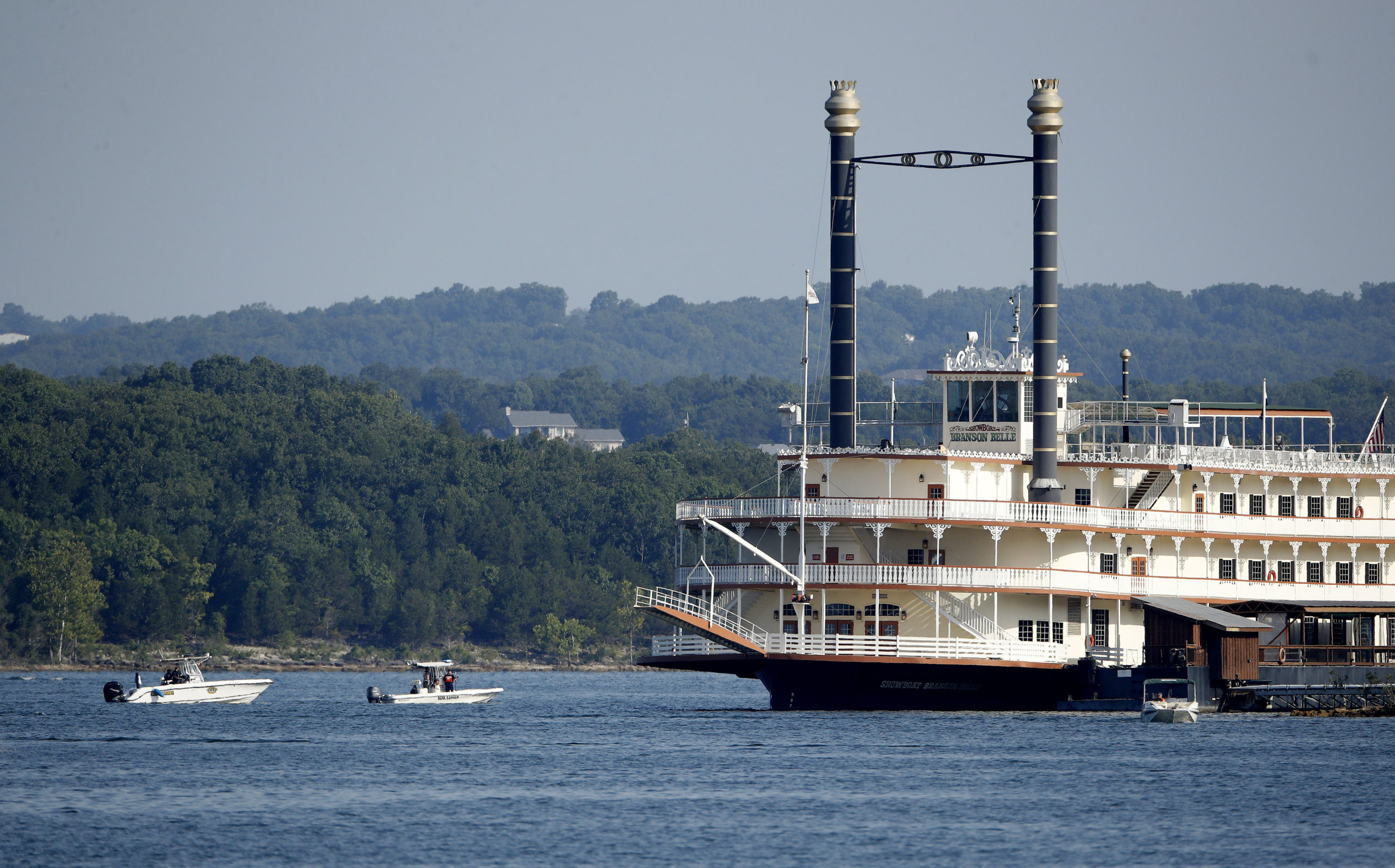 
BRANSON, Mo. — Divers found four more bodies Friday in a Missouri lake where a duck boat packed with tourists capsized and sank in high winds, bringing the death toll to 17 in the country-and-western town of Branson, authorities said.

Investigators blamed stormy weather for the accident Thursday evening on Table Rock Lake. Winds at the time were blowing as hard as 65 mph, according to the National Weather Service. The boat was carrying 29 passengers and two crew members on a pleasure cruise, and authorities said everyone aboard had been accounted for. Seven of the 14 survivors were hurt when the vessel went down. At least two were hospitalized in critical condition, officials said.

Crew Member Among the Dead

The crew member who was operating the boat died, but the captain survived, authorities said.

The boats were originally designed for the military, specifically to transport troops and supplies in World War II. They were later modified for use as sightseeing vehicles.
Passengers on a nearby boat described the chaos on the lake as the winds picked up and the water turned rough.
“Debris was flying everywhere,” Allison Lester said in an interview Friday with ABC’s “Good Morning America.”
Lester’s boyfriend, Trent Behr, said they saw a woman in the water and helped to pull her into the boat. He said he was about to start CPR when an EMT arrived and took over.
The Coast Guard and the National Transportation Safety Board were to investigate. Stone County Sheriff Doug Rader urged anyone with video or photos of the accident to contact authorities.

Weather Conditions Will Be Big Part of Probe

Weather conditions were sure to figure prominently in the investigation. The weather service issued a severe thunderstorm watch around midday Thursday, followed by a warning at 6:32 p.m., about 40 minutes before the boat tipped over. Both the watch and a statement issued at 7:02 p.m. mentioned the risk of 70 mph winds.
“When we issue a warning, it means, take action,” said Kelsey Angle, a weather service meteorologist in Springfield. 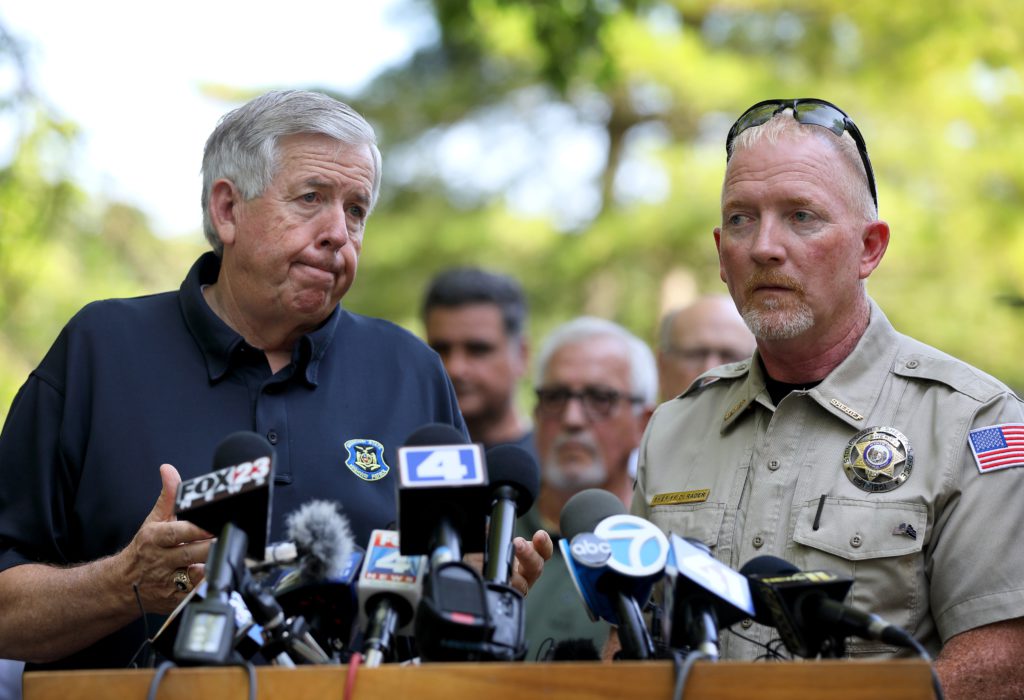 Divers located the vessel, which came to rest on its wheels on the lakebed, and authorities planned to recover it later Friday.
The boat sank in 40 feet of water and then rolled on its wheels into a deeper area with 80 feet of water. Investigators had no information about whether passengers were wearing life jackets or whether they were stowed onboard, the sheriff said.
The names of the dead were not immediately released.

An off-duty deputy working security for the boat company helped rescue people after the boat turned over, the sheriff said. Dive teams from several law enforcement agencies assisted in the effort.
Suzanne Smagala with Ripley Entertainment, which owns Ride the Ducks in Branson, said the company was assisting authorities. She said this was the ride’s only accident in more than 40 years of operation.
Weather can change rapidly in this part of the country, moving from sunshine and calm to dangerous storms within minutes, said Jason Schaumann, another weather service meteorologist.
“Tornado warnings get a lot of publicity, and severe thunderstorm warnings should be taken very seriously too, particularly if you are in a vulnerable area like a lake or campground,” he said.
Branson, about 200 miles southeast of Kansas City, is a country-themed tourist mecca built on a reputation for patriotic and religious-themed shows in numerous theaters.
Table Rock Lake, east of Branson, was created in the late 1950s when the Corps of Army Engineers built a dam across the White River to provide hydroelectric power to the Ozarks.