Gov. Jerry Brown announced Wednesday that he signed the bill requiring that return ballot envelopes have prepaid postage beginning in 2019.

Currently, 10 of the state’s 58 counties plan to provide postage ballots for the November election. Counties would bear the cost but they may be able to claim reimbursement from the state.

California Mail Ballots Would Have Cost $5.5 Million in 2016

It would have cost $5.5 million had the law been in place for the 2016 general election. The measure affects elections starting next year. 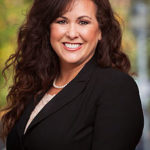 Democratic Assemblywoman Lorena Gonzalez Fletcher of San Diego says the bill eliminates a barrier that disproportionately discouraged voting by young adults because they are less likely to regularly use the postal system.

She says postage can cost up to $1 per ballot.