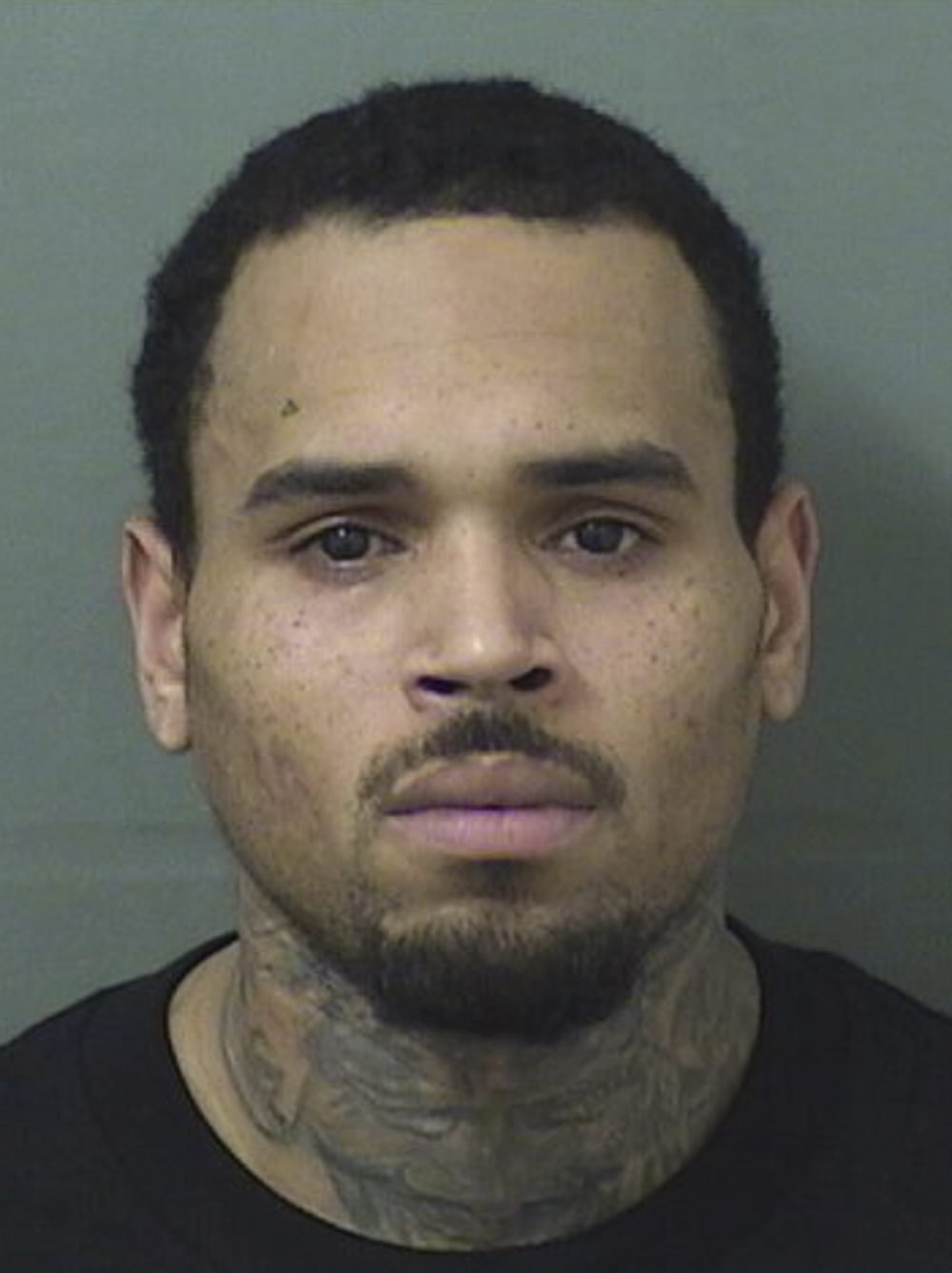 ST. PETERSBURG, Fla. — Singer Chris Brown walked off stage after his concert in Florida and into the hands of waiting deputies, who arrested him on a felony battery charge Thursday involving a nightclub photographer last year.
Tampa Police released more details about the battery warrant Friday after Brown posted $2,000 bond to be released from the Palm Beach County Jail.
The warrant accuses Brown of hitting Bennie Vines Jr., who was hired by a club in Tampa to take pictures during an event hosted by Brown in April 2017.

Vines told officers Brown punched him while he was snapping photos. Brown was gone by the time officers arrived that night. Vines refused medical treatment, but he told the officers that he wanted to prosecute over a minor lip cut.
Emails to Brown’s agents weren’t immediately returned.

The entertainer is in the middle of his Heartbreak On A Full Moon Tour and was scheduled to perform in Tampa Friday night.
Brown has been in repeated legal trouble since pleading guilty to the felony assault in 2009 of his then-girlfriend, Rihanna, ahead of the Grammys. He completed his probation in that case in 2015.
In 2013, Brown was charged with misdemeanor assault after he was accused of striking a man outside a Washington, D.C., hotel. He was ordered into rehab but was dismissed for violating facility rules.
Brown spent 2½ months in custody, with U.S. marshals shuttling him between Los Angeles and the nation’s capital for hearings.
After he completed court-ordered anger-management classes, Brown was accused of throwing a brick at his mother’s car following a counseling session.

After Brown posted a picture to his 44 million Instagram followers in January showing his 3-year-old daughter, Royalty, cuddling with a pet monkey, California fish and wildlife agents seized the capuchin monkey named Fiji from his home in Los Angeles.
Agents said then that Brown could face a misdemeanor charge carrying up to six months in jail for lacking a permit for the primate.