Father & Son Who Argue About Trump Run For Same Office 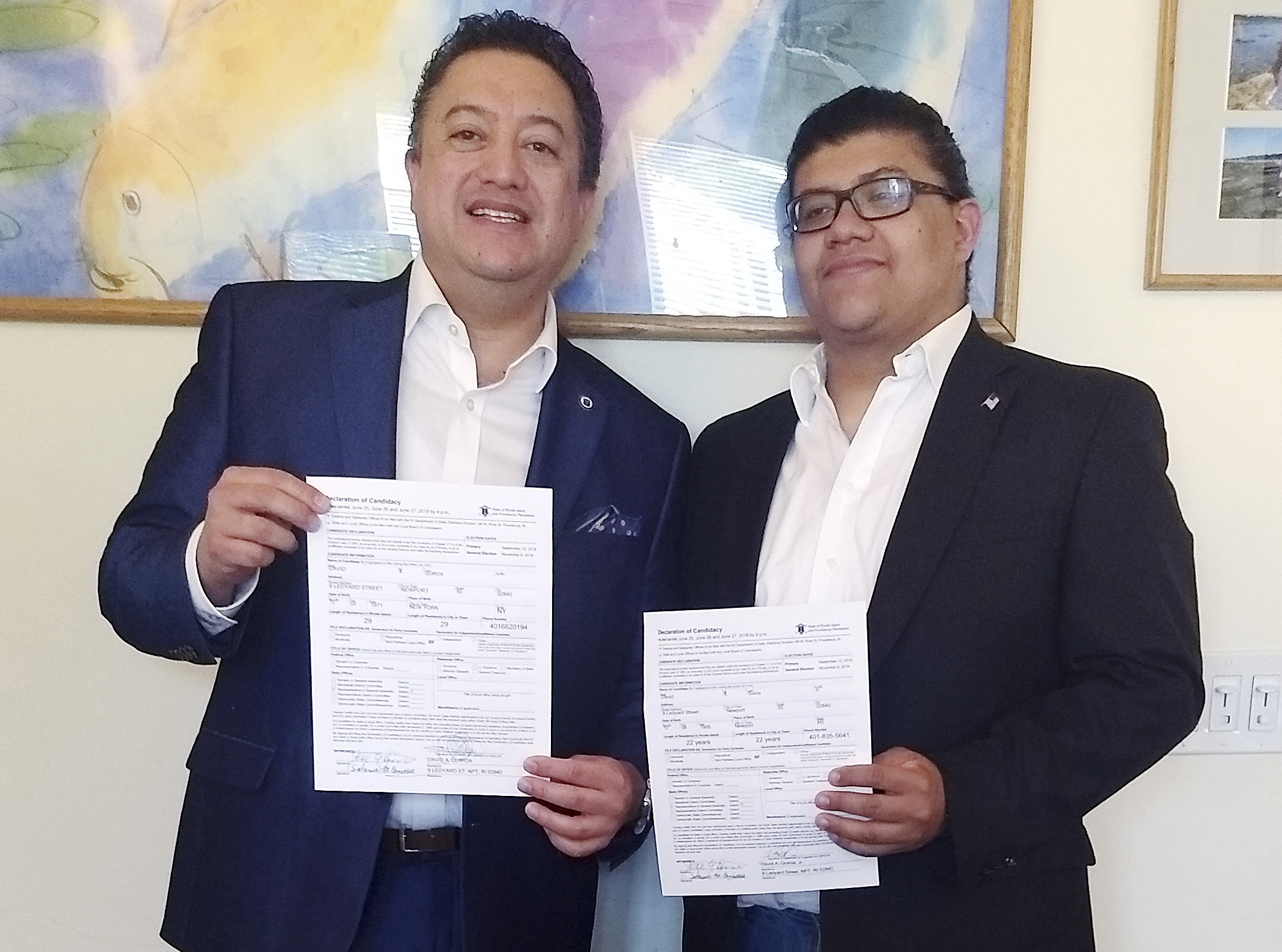 PROVIDENCE, R.I. — A father and son in Rhode Island who disagree about President Donald Trump are running for the same office, one as a Republican, the other as an independent.
David Quiroa Sr., 47, and David Quiroa Jr., 22, both filed Tuesday to run for a state House seat currently held by a Democrat. Both live at the same address in Newport.


“Unfortunately, most of our country is divided right now.” — David Quiroa Jr.
“It’ll be interesting for sure. What better way to argue with my father than on the political level?” Quiroa Jr. told The Associated Press. “He definitely is a very good motivator. Even if it’s to motivate to stop him.”
The father and son said they frequently talk about politics and have since the son was little. Quiroa Sr. ran for the same seat 14 years ago as a Republican and brought his son, the oldest of five children, along to gather signatures and knock on doors, they said. He didn’t win, but the experience left an impression on both of them.

When 2016 rolled around, Quiroa Jr. was finally old enough to vote for president. His candidate was Hillary Clinton. His father became an early and avid supporter of Trump.
Quiroa Sr. said he and his wife are “all the way for Trump,” but the rest of the family are “not happy.” Quiroa Jr., who’s running as an independent because of Trump’s affiliation with the Republican Party, points out the discussions in their family are not all that unusual.
“Unfortunately, most of our country is divided right now,” he said.
When the son heard his father was considering running for the seat, currently held by Democratic state Rep. Marvin Abney, he says he began thinking how important it is for young people to get involved in politics. Otherwise, things are not going to change.
His father didn’t take him seriously at first, he said.
“He thought I was kidding initially. He thought it was an empty threat. When he said he was going to go, I said I was going to go,” said Quiroa Jr.

They Filed Candidacy Papers Together

When the time came to drive to city hall to file papers, they went together.
“We definitely had a lot of surprised faces,” Quiroa Jr. said. “Everyone was smiling and laughing and saying ‘Oh, that’s so funny.’ They were all flabbergasted.”
Quiroa Jr. said his candidacy is not about Abney’s record, and he decided to be a candidate mostly because he wants to learn what it takes to run for office. Abney did not immediately return a message seeking comment.
Quiroa Sr., who works in the Department of Senior Services in Cranston, was born in New York City but lived in Guatemala for several years as a child. Quiroa Jr. works as a bartender and food runner at a restaurant in Newport, where he has lived his whole life. In the coming days, they’ll both be working separately to get 50 signatures to qualify for the ballot.
Quiroa Sr. says it would be great if his son defeats him. Asked who he thinks his mother, Iris, is going to vote for, Quiroa Jr. called her a wild card.
“I would say maybe my father, but at this point since I’m in the mix, I don’t know,” he said. “She could surprise us all and vote for Abney.”

Fight for $15 Minimum Wage Pays Off Sunday in San Francisco