Amazon Wants To Set You Up in Delivery Business For $10K 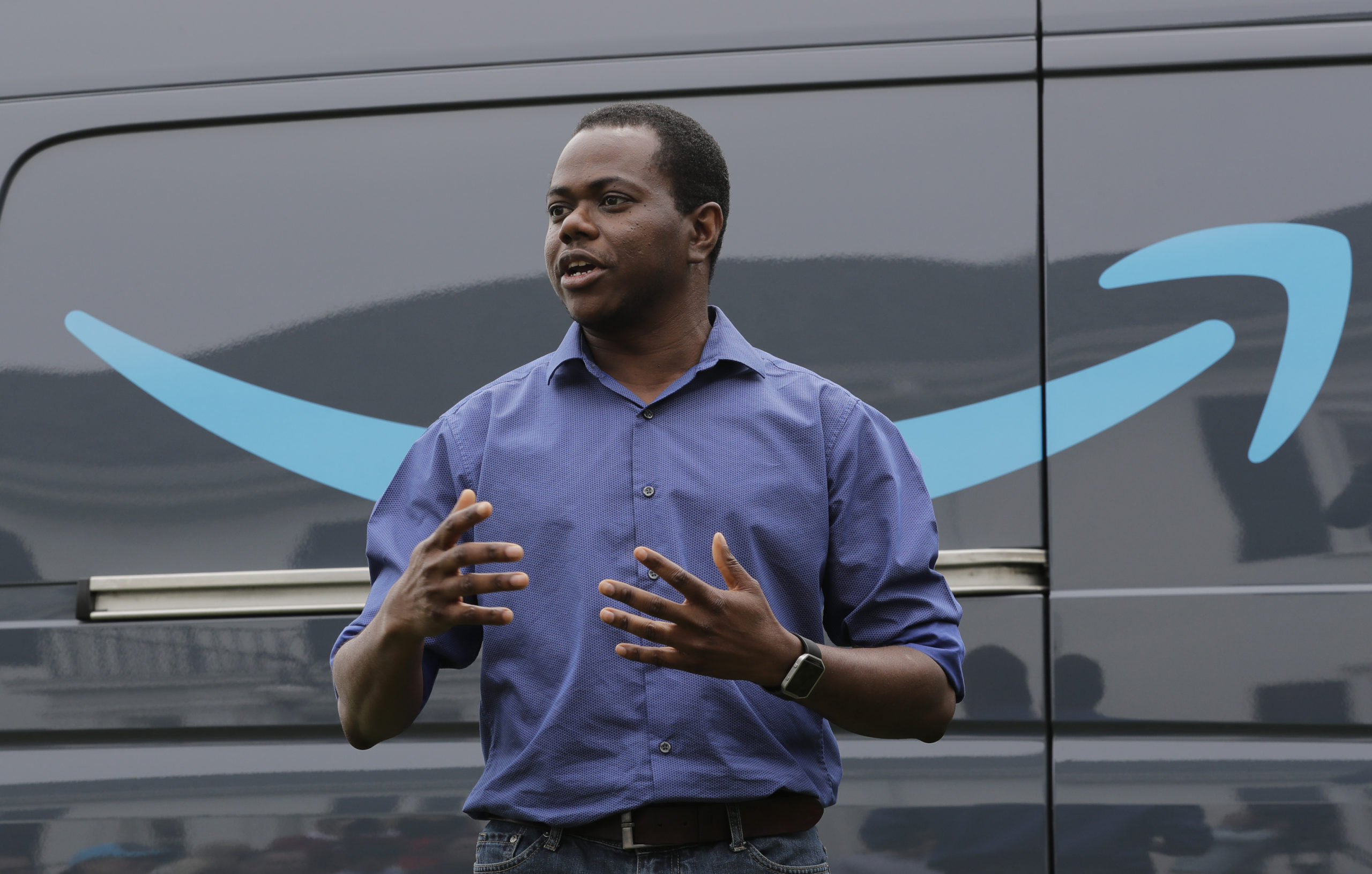 SEATTLE — Your Amazon packages, which usually show up in a UPS truck, an unmarked vehicle or in the hands of a mail carrier, may soon be delivered from an Amazon van.
The online retailer has been looking for a while to find a way to have more control over how its packages are delivered.

With its new program rolling out Thursday, contractors around the country can launch businesses that deliver Amazon packages. The move gives Amazon more ways to ship its packages to shoppers without having to rely on UPS, FedEx and other package delivery services.
With these vans on the road, Amazon said more shoppers would be able to track their packages on a map, contact the driver or change where a package is left — all of which it can’t do if the package is in the back of a UPS or FedEx truck.
Amazon has beefed up its delivery network in other ways: It has a fleet of cargo planes it calls “Prime Air,” announced last year that it was building an air cargo hub in Kentucky and pays people as much as $25 an hour to deliver packages with their cars through Amazon Flex.

Amazon: Program Not a Reaction to Trump Criticism

Recently, the company has come under fire from President Donald Trump who tweeted that Amazon should pay the U.S. Postal Service more for shipping its packages.
Dave Clark, Amazon’s senior vice president of worldwide operations, said the new program is not a response to Trump, but a way to make sure that the company can deliver its growing number of orders. “This is really about meeting growth for our future,” Clark said.
Through the program, Amazon said it can cost as little as $10,000 for someone to start the delivery business. Contractors that participate in the program will be able to lease blue vans with the Amazon logo stamped on it, buy Amazon uniforms for drivers and get support from Amazon to grow their business.

Amazon Vans For Amazon Deliveries Only

Contractors don’t have to lease the vans, but if they do, those vehicles can only be used to deliver Amazon packages, the company said. The contractor will be responsible for hiring delivery people, and Amazon would be the customer, paying the business to pick up packages from its 75 U.S. delivery centers and dropping them off at shoppers’ doorsteps. An Amazon representative declined to give details on how much it will pay for the deliveries.
Olaoluwa Abimbola, who was part of Amazon’s test of the program, said that Amazon keeps him busy. He’s hired 40 workers in five months.
“We don’t have to go make sales speeches,” Abimbola said. “There’s constant work, every day. All we have to do is show up.”