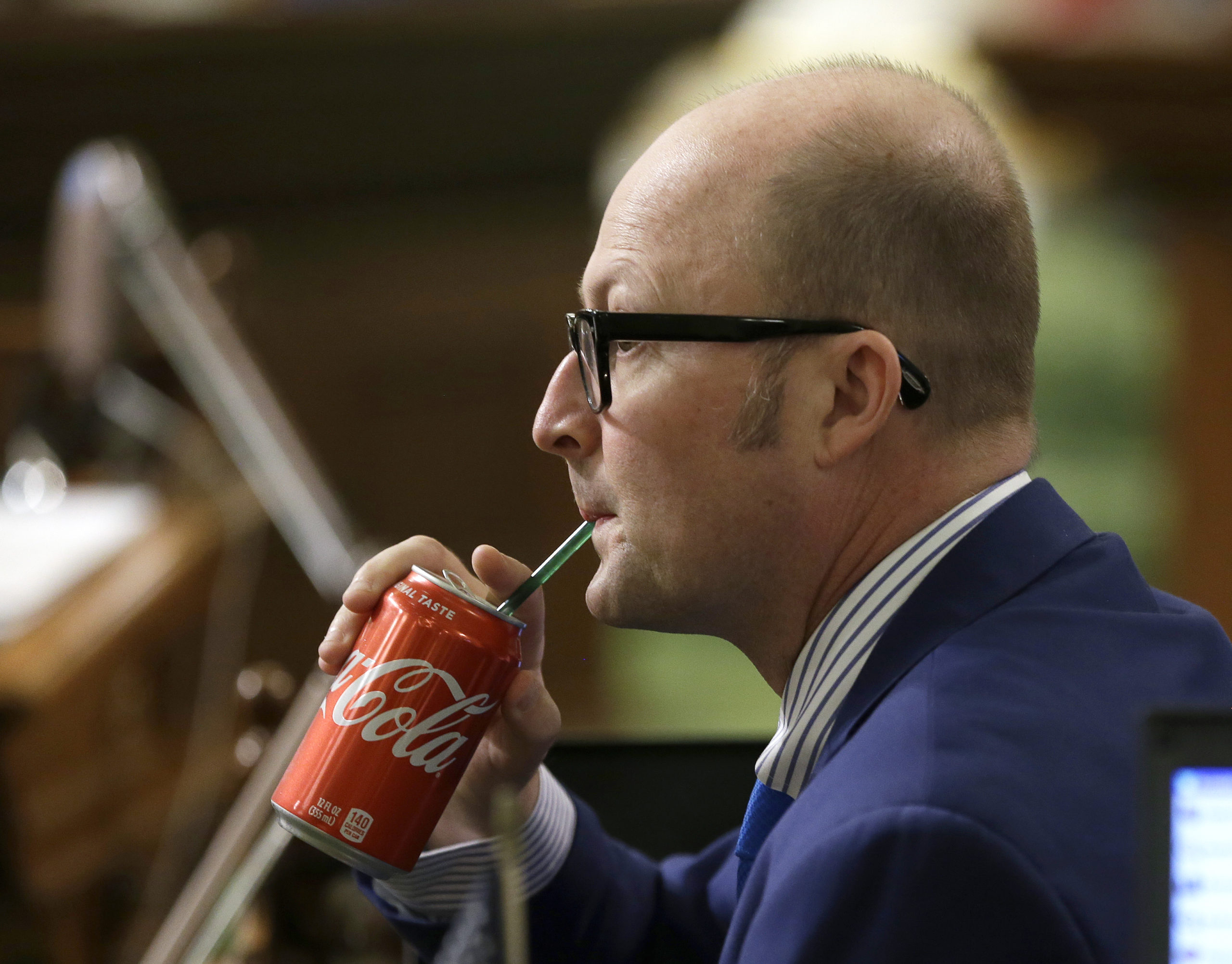 SACRAMENTO — Soda taxes may stop popping up in California and elsewhere, thanks to a new push by the beverage industry to fight such measures.
California lawmakers passed a bill to ban local taxes on soda for the next 12 years Thursday and sent it to Gov. Jerry Brown, who hasn’t explicitly said if he’ll sign it. It follows similar bans recently passed in Arizona and Michigan. The American Beverage Association, which represents Coca-Cola, PepsiCo and others, has backed the statewide bans after several cities passed taxes on sugary drinks in recent years.


The Legislature’s action drew a strong rebuke from public health advocates who view soda taxes as a crucial front in their efforts to contain diabetes, heart disease and obesity.
Voters in Oregon will decide on a similar statewide ban in November.
The California bill would not affect four local soda taxes that were passed in the state in recent years.

It’s part of a last-minute deal to block a beverage industry-backed ballot measure that would make it much harder for cities and counties to raise taxes of any kind. The ABA said in a statement the legislation is about keeping groceries, including drinks, affordable.
Both legislative chambers approved the proposal despite deep reluctance among lawmakers.
“This industry is aiming a nuclear weapon at government in California and saying, ‘If you don’t do what we want we are going to pull the trigger and you are not going to be able to fund basic government services,'” said Sen. Scott Wiener, a Democrat from San Francisco, which has a soda tax.
The Legislature’s action drew a strong rebuke from public health advocates who view soda taxes as a crucial front in their efforts to contain diabetes, heart disease and obesity.
But local government officials, terrified by the prospect of having their hands tied on all future tax increases, reluctantly backed the legislation.

“I’ve been in politics a long time, and sometimes you have to do what’s necessary to avoid catastrophe,” said Sacramento Mayor Darrell Steinberg, who is pushing a local sales tax increase that would be at risk if the ballot measure passed.
The California measure would ban any new taxes on groceries including beverages through 2030, but would allow four cities in the San Francisco Bay Area to keep soda levies already on the books.
The American Beverage Association has used aggressive campaigning to beat back soda tax and other measures intended to get people to cut back on sugary drinks. More recently, the industry group has come up against soda tax efforts with better funding. Former New York City Michael Bloomberg, who unsuccessfully tried to limit the size of sugary drinks sold in the city to 16 ounces, has funded some local efforts.
Philadelphia, Seattle and Boulder, Colorado also have taxes on sugary drinks.

In California, the industry successfully funded a ballot measure that would raise the threshold for any tax increases by local government. Instead of the simple majority now required, tax hikes would need support from two-thirds of voters, a city council or a county board of supervisors. They’ve agreed to pull it from the ballot if the soda tax ban passes.
“We are tracking these discussions closely and remain committed to working on solutions to our high tax and high cost of living issues that impact our future job growth,” said Rob Lapsley, head of the California Business Roundtable and the formal sponsor of the initiative.
Nancy Brown, chief executive of the American Heart Association, asked for a meeting with Gov. Jerry Brown after The Sacramento Bee reported beverage industry lobbyists dined with Brown and his wife Anne Gust Brown at the governor’s mansion in Sacramento this month.
A spokesman for Brown, Evan Westrup, said the governor did not negotiate the deal and the dinner was unrelated. Brown hasn’t taken a position on the bill, Westrup said, but his finance department told lawmakers the administration supports the deal if it will halt the ballot measure.

Public health officials said taxes are the most effective tool they have to discourage people from drinking soda, sports drinks, sweetened coffee and tea, and other sugary beverages.
Beverage companies spend billions promoting their products that public health professional can’t match, said Kristine Madsen, a physician and associate professor of public health at University of California, Berkeley.
She led a study that found a 20 percent reduction in consumption of sugar-sweetened beverages in low-income neighborhoods in the year after the city’s tax took effect. Sales in grocery stores dropped 8 percent — a figure that was not fully offset by higher sales in neighboring towns.
___
The bill is AB1838 .