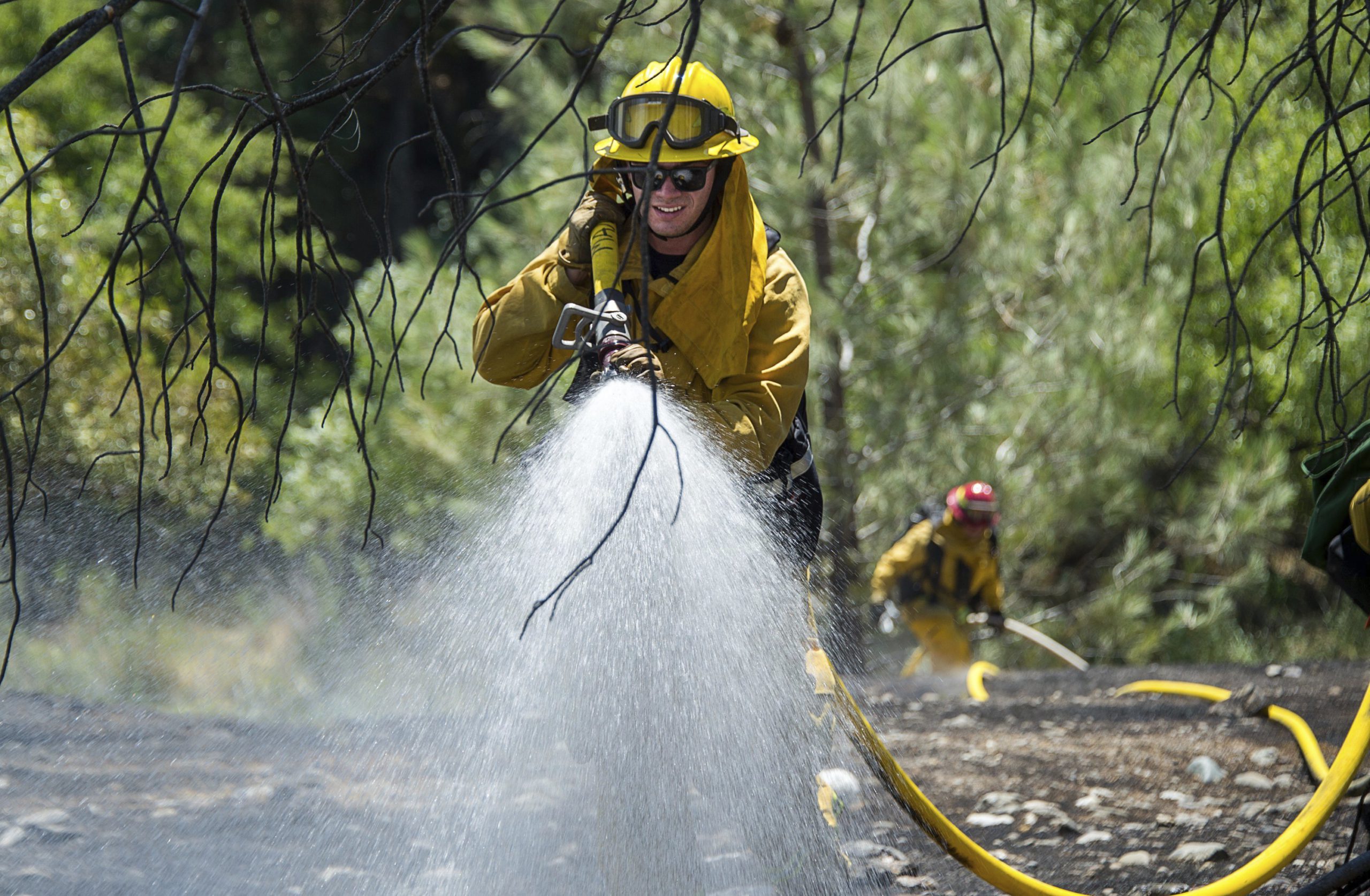 SAN FRANCISCO — Thousands fled their homes as major wildfires encroached on a charred area of Northern California still recovering from severe blazes in recent years, sparking concern the state may be in for another destructive series of wildfires this summer.
Severe drought has already forced officials in several western states to close national parks as precautions against wildfires and issue warnings throughout the region to prepare for the worst.


“I think we’re all just so traumatized and overwhelmed with all these fires year after year, this whole community is at a breaking point.” — Lake County resident Terri Gonsalves
(Click on the video above to watch Cal Fire’s evacuation guide.)

In California, officials said unusually hot weather, high winds and highly flammable vegetation turned brittle by drought helped fuel the fires that began over the weekend, the same conditions that led to the state’s deadliest and most destructive fire year in 2017.
Gov. Jerry Brown on Monday declared a state of emergency in Lake County, where the biggest fire was raging about 120 miles (190 kilometers) north of San Francisco, a rural region particularly hard-hit by fires in recent years. The declaration will enable officials to receive more state resources to fight the fire and for recovery.

Jim Steele, an elected supervisor, said the county is impoverished and its fire-fighting equipment antiquated. He also said the county has just a few roads into and out of the region, which can hinder response time. Steele said the area has also been susceptible to fire for many decades because dense brush and trees in the sparsely populated area, but the severity of the latest blazes is unexpected.
“What’s happened with the more warming climate is we get low humidity and higher winds and then when we get a fire that’s worse than it’s been in those 50 years,” Steele said.
The fire that broke out Saturday evening has forced 3,000 residents from their homes and destroyed at least 22 buildings. It is the latest devastating blaze to rip through the isolated and impoverished county of just 65,000 people in the last few years.
In 2015, a series of fires destroyed 2,000 buildings and killed four people.
The following year, an arsonist started a fire that wiped out 300 buildings.
Last year, the county was among those ravaged by a string of fires that ripped through Northern California wine country.
“I think we’re all just so traumatized and overwhelmed with all these fires year after year, this whole community is at a breaking point,” said Terri Gonsalves, 55, who evacuated her home around midnight Sunday.
She put four goats into her truck after she looked out her back window and saw a big hill aflame. She is staying with her daughter in nearby Middletown, a small city where dozens of homes were destroyed in 2015. “When this stuff happens, we rally around each other.”

Fire Battalion Chief Jonathan Cox said more than 230 firefighters were battling the Lake County fire in a rugged area that made it difficult to get equipment close the blaze.
A forestry scientist says it’s difficult to forecast how severe California’s wildfires will be this year, but said the drought-dried vegetation throughout the state is a bad omen.
“You have a lot of grass and its dry and that’s cause for concern,” said Keith Gilless, the dean of the University of California, Berkeley’s department of environmental science.

Authorities on Monday afternoon lifted evacuation orders in Tehama County, where two wildfires were burning. Multiple homes and businesses in the city of Red Bluff were destroyed.
A Red Bluff police officer helping residents evacuate lost his home, authorities said. Red Bluff Police Lt. Matt Hansen said people had donated about $10,000 in cash along with furniture and clothing to the family as they search for a rental home.
Residents also fled a wildfire in Shasta County.
No cause has been determined for any of the fires.
Last year, California’s costliest fires killed 44 people and tore through the state’s wine country in October, causing an estimated $10 billion in damage.

While the weekend’s blazes were the first major ones of the season to hit California, others have raged throughout the west for weeks. Earlier this month, a Colorado wildfire forced residents of more than 2,000 homes to evacuate. The last evacuees returned home last week.
The fire north of Durango was in the Four Corners Region where Colorado, Arizona, New Mexico and Utah meet — the epicenter of a large U.S. Southwest swath of exceptional drought, the worst category of drought.
Moderate to extreme drought conditions affect those four states plus parts of Nevada, California, Oregon, Oklahoma and Texas, according to the U.S. Drought Monitor.