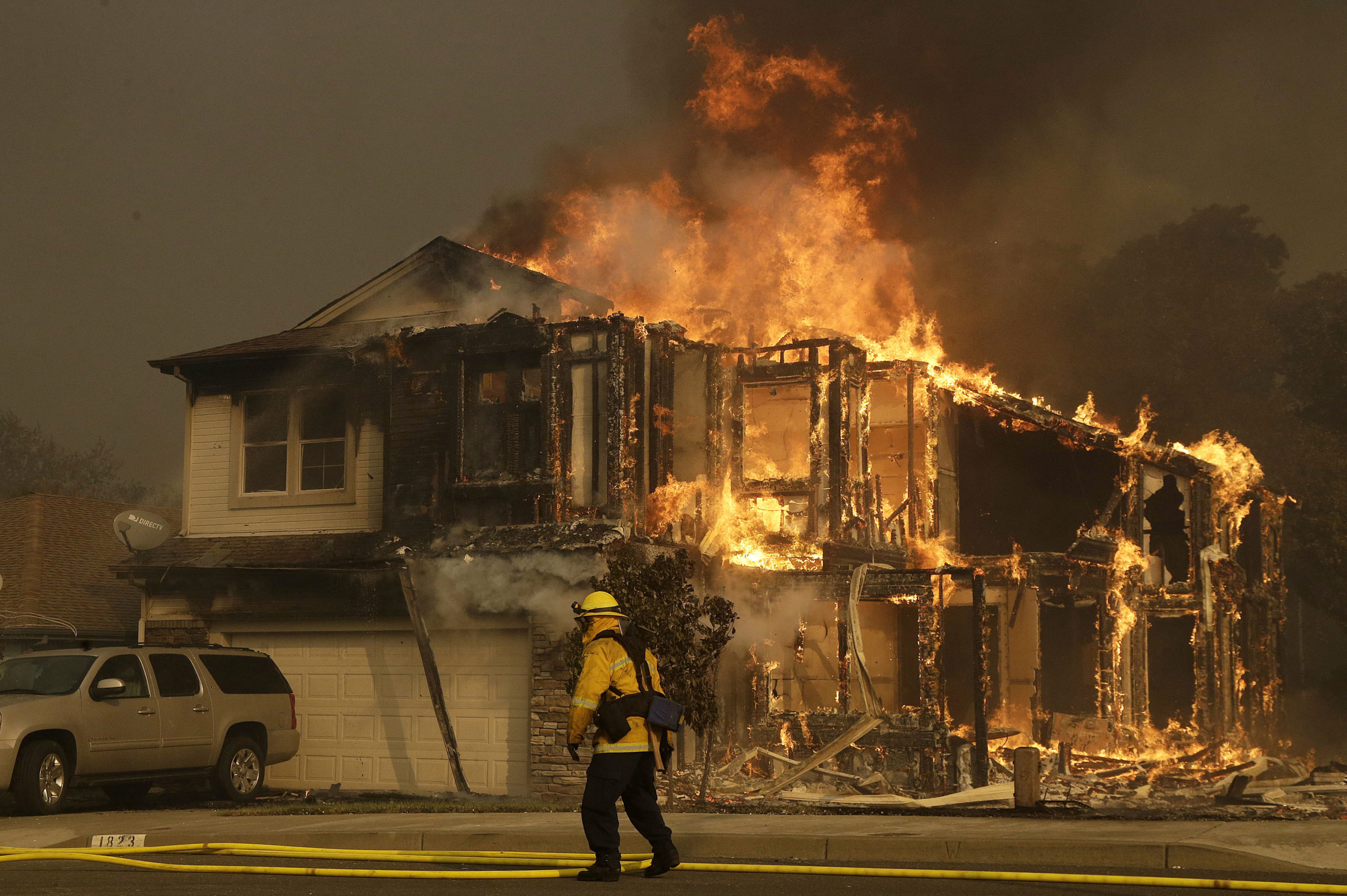 SAN FRANCISCO — A Northern California utility said Thursday that it expects to pay at least $2.5 billion in connection with deadly wildfires that whipped through wine country last October — some of them ignited by its fallen power lines.
Pacific Gas & Electric Co. also warned that its liability could be considerably higher after state fire officials determine the cause of 21 major fires that devastated the region last year. They killed 44 people, destroyed thousands of homes and businesses, and wiped out vineyards, marijuana farms and other agricultural operations.
The California Department of Forestry and Fire Protection has determined the cause of 14 fires and found the utility’s downed power lines started several.

But state officials have not found what ignited California’s most destructive wildfire, which destroyed more than 5,000 buildings, including 2,800 homes in the town of Santa Rosa that was hardest hit by the deadly flames.
PG&E said it is facing more than 200 lawsuits and expects more. One of the law firms suing the utility has hired celebrity activist Erin Brockovich, whose legal fight against PG&E over water issues was portrayed in a 2000 movie starring Julia Roberts.

Prosecutors also are investigating whether PG&E should be charged with any crimes if it is found to have failed to follow state safety regulations.
A U.S. judge fined the utility $3 million after it was convicted of six felony charges for failing to properly maintain a natural gas pipeline that exploded under a neighborhood south of San Francisco in 2010.
The explosion killed eight people and wiped out a neighborhood in suburban San Bruno. The California Public Utilities Commission also fined PG&E $1.6 billion.
The utility said in a filing Thursday with the Securities and Exchange Commission that the $2.5 billion charge tied to the wildfires will be recorded in the quarter ending June 30.

Liability Could Climb to $10 Billion

PG&E said the figure is at the low end of its estimated liability, which could exceed $10 billon. The utility said it has about $840 million in insurance for the fires.
PG&E President Geisha Williams said California law holds utilities almost completely responsible for wildfires started by their equipment even if they followed all safety rules.
She called the law “bad public policy” and called on lawmakers to change it to bring the state more in line with the rest of the country, which takes into account the utilities’ safety record.

Williams said extreme weather conditions contributed to the wildfires.
“Years of drought, extreme heat and 129 million dead trees have created a ‘new normal’ for our state that requires comprehensive new solutions,” Williams said.
The San Francisco-based utility’s stock price on Thursday rose 97 cents a share, or 2.43 percent, to $40.97 in trading on the New York Stock Exchange.