One hundred and thirty-five units of affordable housing are coming to southeast Fresno.

Eighty-nine of the units will be for low-income families. Forty-six will be reserved for low-income seniors. There will be a computer lab, a recreation room, a community kitchen, a courtyard, a garden, a library, afterschool programs and activity areas for children and seniors.

In other words, the apartment complex on East Kings Canyon Road near Peach Avenue will be a family community when it’s finished in September 2019.

And that’s exactly what Salvador “Sal’ Gonzales Sr. would have wanted.

Fitting Tribute For Giant of the Valley

It’s a fitting tribute to a man who gave everything he had to others before diabetes took him in 2001. He was a giant in the Valley, friend of farmworkers and farmers. An unabashed liberal who championed the poor and the hurting, and won legions of admirers of all political stripes with his passion, intelligence and integrity.

Raised in Delano, Gonzales worked the fields and in 1962 became a delegate at the founding convention in 1962 of what would become the United Farm Workers union. He marched alongside Cesar Chavez and Dolores Huerta, helped organize strikes and became savvy in the world of politics — here in the Valley and in the state Capitol.

“I told him that people know me as Sal’s son and there’s an expectation that I will always do the right thing.  You can’t buy that.” — Sal Gonzales Jr., to his father, in one of their last conversations

Always There For People in Need

Sal Gonzales Jr., a former community organizer who worked briefly for the UFW, says that his father toiled around the clock and that their home was a whirlwind of activity. People in a jam, desperate for help, came knocking.

“They came with their papers and they would put them in front of my dad,” he says. “Often they didn’t speak any English and he would talk them through it. Sometimes they’d come back and leave a box of vegetables as payment. That was their way of saying thank you.”

Sal Jr., who is president-CEO of the Lance-Kashian Co.,  filled in some of the details of an effort that made his father a legend in UFW circles: the Boston Grape Party.

In 1965, UFW’s grape pickers struck the Schenley Corporation, winemakers and distillers of iconic spirits such as I.W. Harper bourbon and Cutty Sark and Dewar’s scotch. Schenley had many thousands acres of grapes around Delano. 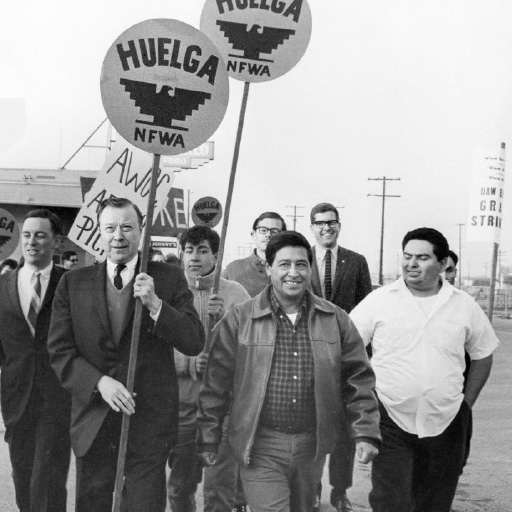 The UFW had little money in the bank at the time, so its leaders had to be creative if the union was to bring Schenley to its knees — which it did after seven months of a boycott/strike.

For example, a lawyer friendly to the union’s cause talked to bartenders in San Francisco and convinced them not to pour Schenley’s brands. Supporters signed cards pledging not to buy Schenley products.  Gonzales talked to hundreds of ministers about dignity, wages and doing the right thing. Most of all, the union figured out how to make its boycott look much bigger than it really was.

“They put five guys in a car and sent them east,” says Gonzales Jr. “One by one, they got out in Omaha, Chicago and so on. My dad was at the end of the line. He got out in Boston and went around telling people about the grape boycott and that he was going to reenact the Boston Tea Party by dumping grapes in the harbor. He did it and got arrested, and it attracted a lot of publicity, which was the goal.

“When he got to court, the judge laughed and dropped the case.”

Less than a week after Schenley agreed to recognize the then-National Farm Workers Association, Christian Brothers Wines recognized the union, too.

“They accomplished this with practically no money,” Gonzales Jr. says. “It wasn’t a $2 million media campaign. It was Cesar Chavez and people who had the will to effectuate change. And five guys in a car.”

The Greatest Gift of All

You should know that financing Las Palmas de Sal Gonzales, Sr. was no easy feat, either. The complex is the fifth affordable housing complex developed in Fresno by the Cesar Chavez Foundation. 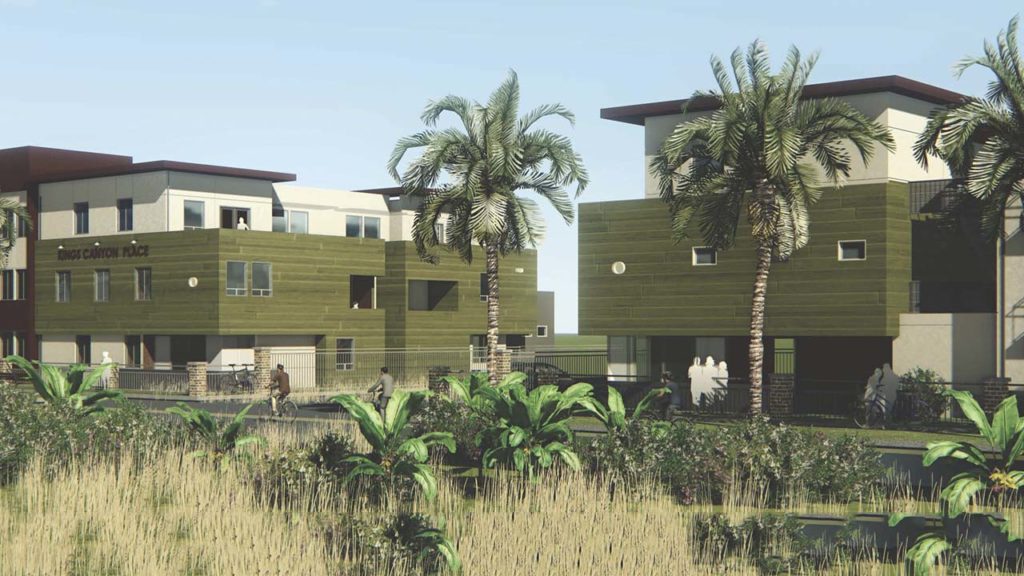 The Las Palmas de Sal Gonzales Sr. affordable housing community is expected to be ready for residents in September 2019. (Rendering courtesy of the Cesar Chavez Foundation.)

Cap-and-trade funding, assistance from the city of Fresno, federal and state tax credits, and tax-exempt bond proceeds are involved in the effort, foundation officials say.

But just as the senior Gonzales did all his life, the Chavez Foundation found a way to get it done.

Sal Jr. talked about his dad’s painful last months when the complications that often accompany diabetes ravaged his body.

“I told him that people know me as Sal’s son and there’s an inherent trust that I’m going to do what’s right. And you can’t buy that.”