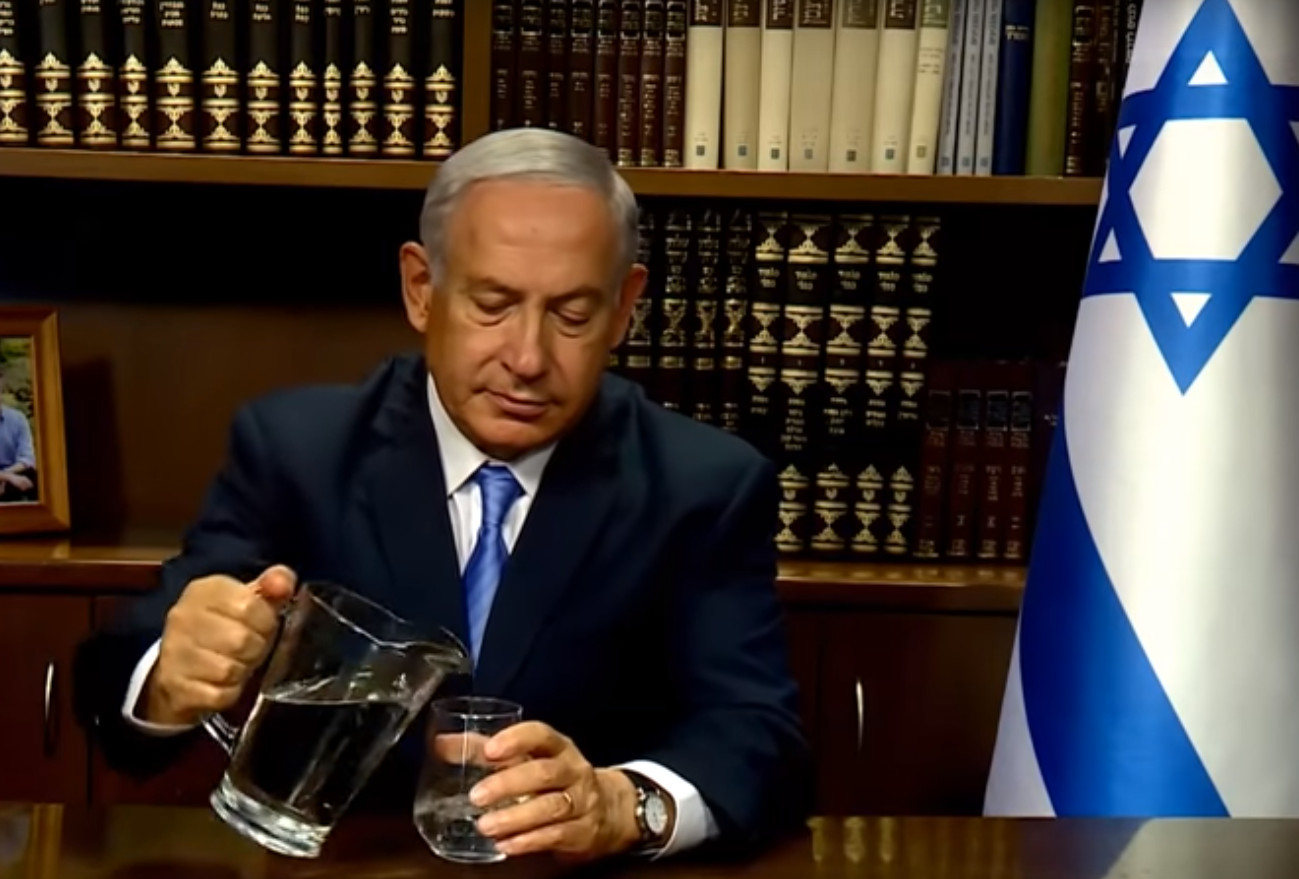 Benjamin Netanyahu wants the Iranian people to know that he supports them.
Not the Iranian government, of course.
In an English-language video posted earlier this week, the Israeli Prime Minister offered Iranians his country’s water technology.
Think of his offer as a first step in water diplomacy.
The two-minute video starts with Netanyahu drinking from a pitcher of water.
“The Iranian people are victims of a cruel and tyrannical regime that denies them vital water. Israel stands with the people of Iran,” Netanyahu said.

Netanyahu compared the two countries’ drought challenges and the environmental impacts. He touted Israel’s innovations such as waste-water recycling and drip irrigation.
“Israel has the know-how to prevent environmental catastrophe in Iran. I want to share this information with the people of Iran,” Netanyahu continued.
He noted that since Iran bans Israelis from visiting, Israel would create a Farsi-language website with tips for farmers and residents.
Netanyahu concluded saying Israel does not reciprocate Iran’s’ views of his homeland.
“The Iranian regime shouts, ‘Death to Israel!’ In response, Israel shouts, ‘Life to the Iranian people!’ ”
Read the full story at Times of Israel.