“Number One In Poverty, California Isn’t Our Most Progressive State — It’s Our Most Racist One” is the headline over an essay by Michael Shellenberger published May 31 on forbes.com.

Shellenberger is not to be taken lightly. He was named a Time magazine Heroes of the Environment winner in 2008, and his TED talks have been viewed more than 1.5 million times.

In a nutshell, Shellenberger says that California only gives lip service to being a progressive state and any serious look at economic reality reveals a total disregard for the poor.

“It’s true that workers in California earn 11 percent more than their counterparts nationally. But that amount is not enough to make up for mortgage payments and rents that are 44 percent and 37 percent higher (respectively) than the national average.

“Where 56 percent of Californians could afford a middle-class home in 2012, in the third quarter of 2017, just 28 percent could.

“One fact says it all: homeowners have a net worth that is a whopping 36 to 45 times higher than that of renters.” 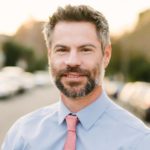 “Where 56 percent of Californians could afford a middle-class home in 2012, in the third quarter of 2017, just 28 percent could.“ — Michael Shellenberger

Shellenberger, an environmental policy expert and author, also writes that California’s elites use environmental law as a hammer against minorities and the poor.

“Environmentalism is used to justify de facto racial segregation in California’s housing. Environmental lawsuits are a major reason for longer delays and higher costs of new housing,” he writes

He then quotes housing attorney Jennifer Hernandez: “The core legal structure of CEQA protects the existing characteristics of those neighborhoods and thus perpetuates land use practices founded in race and class discrimination.”

Housing Legislation Is Drop in the Ocean

Shellenberger further notes that “Last September, Gov. Jerry Brown signed housing legislation that will raise $250 million per year to subsidize housing. But that’s just enough to subsidize 1,824 units annually at a time when 100,000 to 200,000 new units are needed.”

The author finds nothing noble in California’s resistance to President Donald Trump’s crackdown against undocumented immigrants, either.

“And in vigorously protecting the right of their low-wage foreign servant class to remain in California while denying everybody, including them, affordable shelter, progressives aren’t being generous, they’re being selfish.”

How, in Shellenberger’s view, can California get on the right path?

It “starts with acknowledging that California’s tragic poverty and widening inequality aren’t the result of racist policies imposed from without but rather progressive policies embraced from within.”