Blood on Trump's Hands Because of Jerusalem Embassy: Gideon Levy 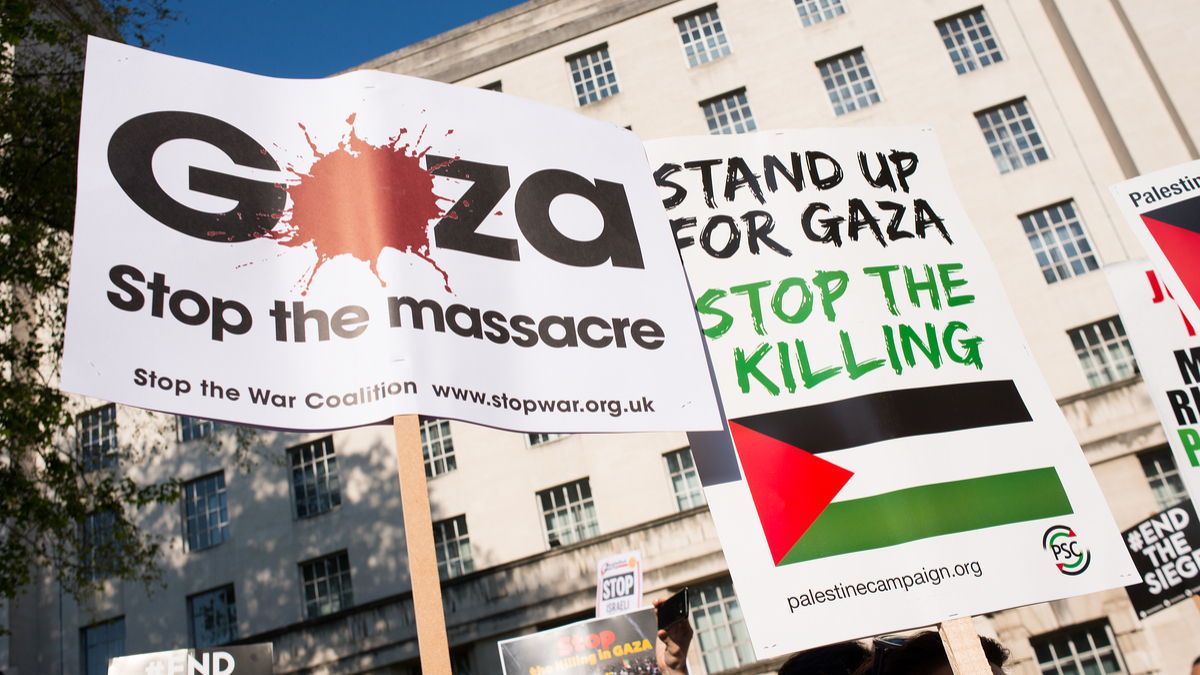 Editor’s Note: Israeli journalist and author Gideon Levy wrote this essay exclusively for GV Wire.
The American embassy has moved to Jerusalem. The old embassy in Hayarkon Street in Tel Aviv has changed the sign on the building and now it is called “The American Embassy Branch Office.” Israelis and Americans, from Benjamin Netanyahu and Donald Trump, have defined the moving of the embassy as a historical event.
Indeed, it was a historical day. This was the day that the last remains of the long-lasting masquerade were finally over, the United States of America had officially declared: We are not an even-handed broker. We are one-sided. We recognize only one people living in the historical Eretz Israel/Palestine, stretching from the Jordan River to the Mediterranean Sea. We see only the Jews. We deny the existence of the Palestinians. They have no rights whatsoever on this piece of land. Mainly not in Jerusalem, one of the most divided cities in the world. 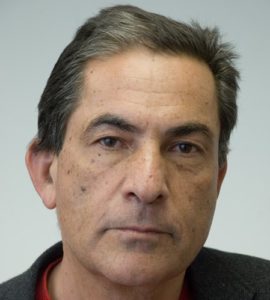 Nothing is new in this declaration by the United States, because America has never been a fair mediator. From administration to administration, a bipartisan ongoing policy was always to support the occupation and do almost nothing to put an end to it. From administration to administration, the United States has conducted the longest peace process in history, which led to nowhere and did not have the intention to lead anywhere, except to pay a hollow lip-service to “peace,” “justice,” “freedom,” and “equal rights.”
Thanks to President Donald Trump, who decided to move the embassy to Jerusalem, to declare Jerusalem as only the capital of the Jewish state, to totally ignore Palestinians rights in Jerusalem, and practically in Palestine, as well. Without even bothering to offer anything in compensation for them, Trump just revealed the truth. One should be grateful to him. The masquerade is over. The Palestinians realized this, and have drawn their conclusions.


With an embassy only in Jewish Jerusalem and the recognition only of West Jerusalem as the capital of a Jewish state, Trump’s administration said that the two-state solution is discarded.
The moving of the embassy is also a historical step because it ended another masquerade: the charade called “the two-state solution.” Israel, the main actor and the occupier, has never had the slightest intention to go for a real division of the land, or even to put any kind of end to its occupation of the West Bank (including East Jerusalem) and Gaza.

But the talking about the two-state solution, the negotiations, the declaration, the slogans and the promises enabled Israel to continue to entrench the occupation, to strengthen the settlement project and to create an irreversible reality on the ground, while everyone saved face and declared that the two-state solution is the one and only solution. President Trump put an end also to this. With an embassy only in Jewish Jerusalem and the recognition only of West Jerusalem as the capital of a Jewish state, Trump’s administration said that the two-state solution is discarded. In Washington, in Jerusalem and in Ramallah everyone knows that there is no Palestinian state without a recognized capital in East Jerusalem.

America Stands With The Occupation

Ending two deceptions in one step can and should be defined as historic. From now on, no American messenger — be it Jason Greenblatt, Jared Kushner, Dennis Ross, Aaron Miller, David Friedman or any other American diplomat — will be able to declare himself as fair, balanced or impartial. It is now official: America stands with the occupation. America rewards the occupier — only the occupier — with precious gifts, and they are free, like the moving of its embassy. 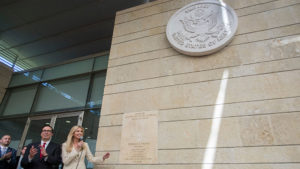 U.S. Treasury Secretary Steven Mnuchin and Ivanka Trump attend the opening of the U.S. Embassy in West Jerusalem on May 14, 2018 (AP Photo)

The United States has the full rights to locate its embassies wherever it wishes. No one can tell America where its ambassador will reside. America can decide that Jerusalem is the right location for its embassy. West Jerusalem has been for a long time the de facto Israeli capital. All the diplomatic and political meetings take place there. Therefore, moving the embassy could have been a gift for peace and justice, if it had been accompanied with one more inevitable step: recognizing East Jerusalem as the future capital of the State of Palestine, to come. But this was too much for the American administration. Remember that these are the times of tearing off masks and exposing naked reality as it is. And reality, as it is, means that the United States of America supports, finances, and arms the Israeli occupation, and has been doing so for 50 years in an unconditional way.

Unfortunately, more blood will be shed, and it will be on the hands of Donald Trump.

The Cage That Is Gaza

In May, more than 100 Palestinians paid with their lives by the fence of the cage that is Gaza, and they did so partly as a protest against the one-sided step of America — 60 were killed on the day of the embassy opening alone. Unfortunately, more blood will be shed, and it will be on the hands of Donald Trump.
Gideon Levy is a columnist for the Israeli newspaper Haaretz. He was the recipient of the Euro-Med Journalist Prize for 2008; the Leipzig Freedom Prize in 2001; the Israeli Journalists’ Union Prize in 1997; and The Association of Human Rights in Israel Award for 1996. His book “The Punishment of Gaza” was published by Verso Publishing House in London and New York in 2010.
You can read a Huffington Post profile on Levy at this link.

Moral Leadership? It Evaporated With Clinton and Trump.