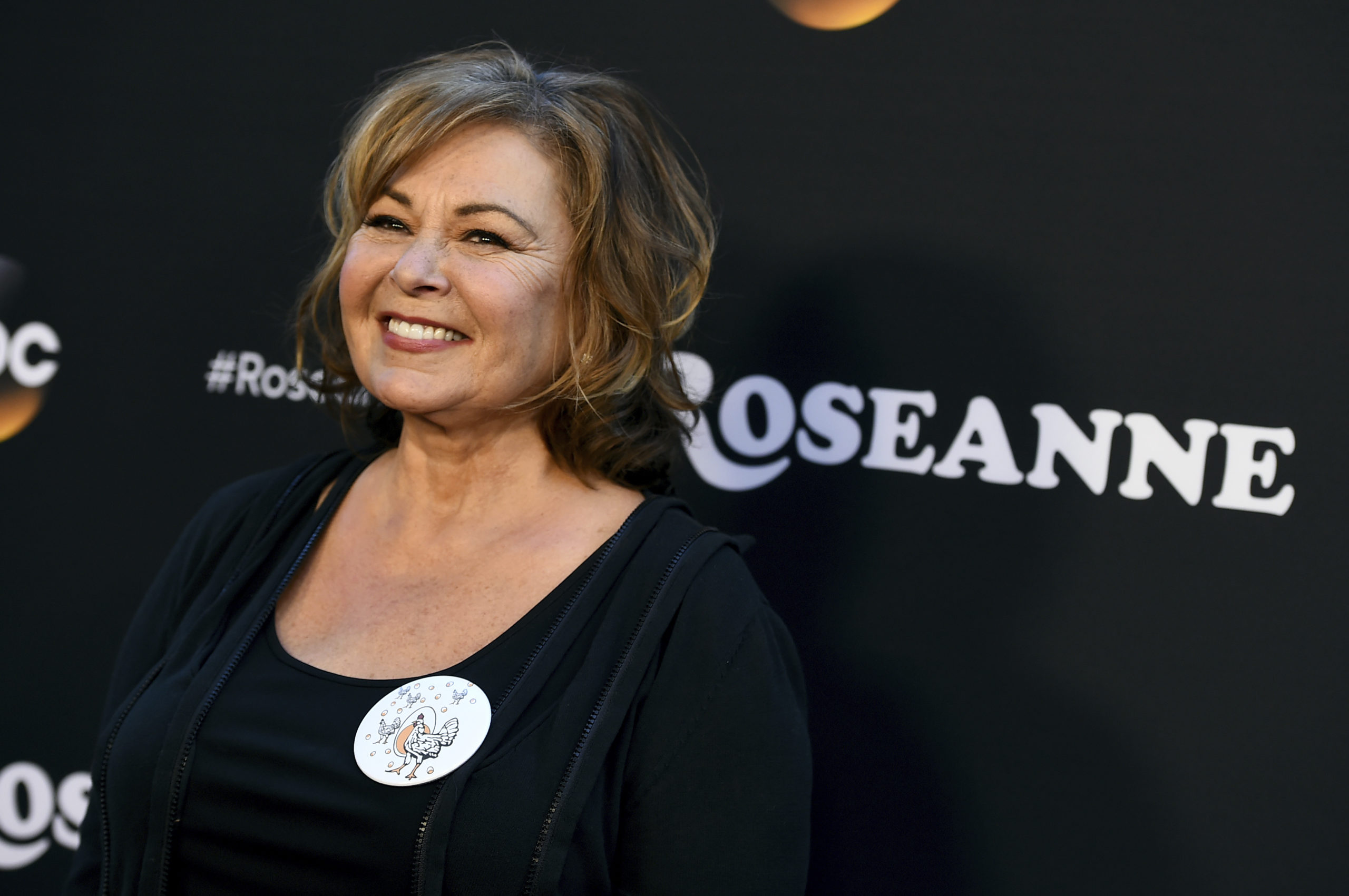 NEW YORK — ABC canceled its hit reboot of “Roseanne” on Tuesday following star Roseanne Barr’s racist tweet that referred to former Obama adviser Valerie Jarrett as a product of the Muslim Brotherhood and the “Planet of the Apes.”
ABC Entertainment President Channing Dungey said the comment “is abhorrent, repugnant and inconsistent with our values.” Barr had apologized and deleted her Monday-night tweet, calling it a “bad joke,” but the damage had already been done.
The revival of the comedy was a surprise smash for ABC, owned by the Walt Disney Co., and was counted on to lead the network’s fortunes next season. Its first new episode in March was seen by more than 25 million people, with delayed viewing counted in, numbers that are increasingly rare in network television.

Dungey’s statement canceling the show came after Wanda Sykes, consulting producer for “Roseanne,” tweeted that she was leaving. Sara Gilbert, a co-star, also tweeted that the remark was abhorrent.
One of the few network shows about a working-class family, “Roseanne” attracted considerable attention upon its return when Barr’s character supported President Donald Trump. That made the show popular with conservative viewers, and Trump himself suggested the character’s backing had a lot to do with the show’s success.
But ABC had said that it expected the show, when it returned next fall, to tone down political comedy.

The Jarrett comment was one of a series of political tweets made by Barr. She criticized Democratic financier George Soros and tweeted that Chelsea Clinton was “Chelsea Soros Clinton,” implying she was married to a nephew of Soros. Clinton herself corrected Barr online, and Donald Trump Jr. retweeted two of Barr’s statements about Soros, although not the remark about Jarrett.
Jarrett, who is black, was brought up in response to Twitter commentary that raised her name in relation to an Obama conspiracy theory. Barr tweeted: “muslim brotherhood & planet of the apes had a baby=vj.”
She later tweeted an apology to Jarrett. “Forgive me,” she wrote. “My joke was in bad taste.”

I apologize to Valerie Jarrett and to all Americans. I am truly sorry for making a bad joke about her politics and her looks. I should have known better. Forgive me-my joke was in bad taste.

CORRECTION: CHELSEA CLINTON IS NOT MARRIED TO A SOROS NEPHEW. HER HUSBAND IS THE SON OF A CORRUPT SENATOR, SO SORRY!: https://t.co/FuEVnmnxu4