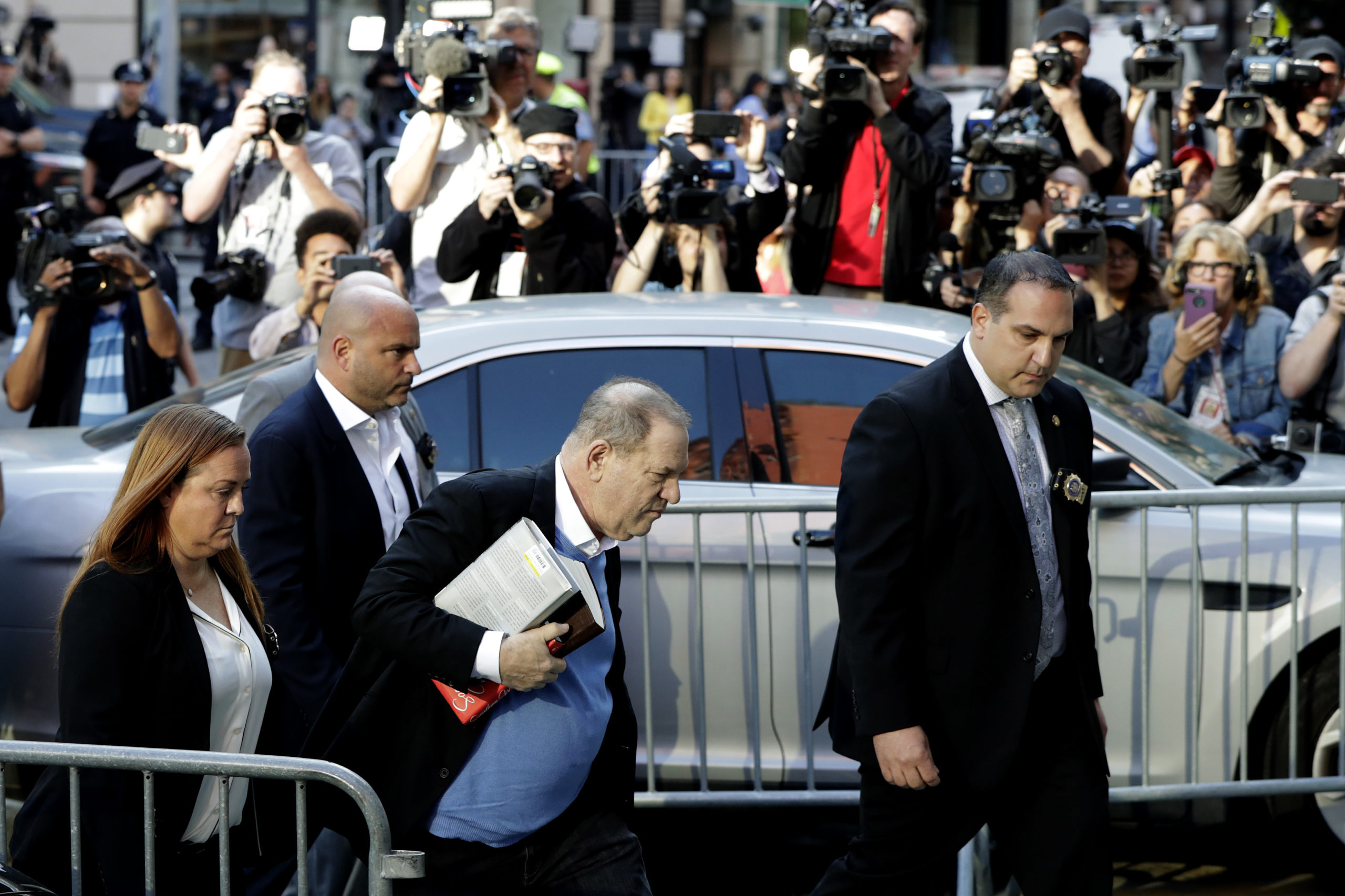 NEW YORK — Flinching when he heard himself described as a man who used power to prey on women, Harvey Weinstein was arraigned Friday on charges of rape and a criminal sex act in the first criminal prosecution to result from the wave of allegations against him that sparked a national reckoning over sexual misconduct.
Seven months after the allegations destroyed his career and catalyzed the #MeToo movement, the once-powerhouse movie producer turned himself in to face the charges, which stem from encounters with two of the dozens who have accused him of sexual misdeeds ranging from harassment to assault.


As he turned himself in, Weinstein, 66, found himself surrounded by lights and cameras in a spectacle he couldn’t control.
“This defendant used his position, money and power to lure young women into situations where he was able to violate them sexually,” Manhattan Assistant Attorney Joan Illuzzi-Orbon said in court. Weinstein, who had been staring grimly ahead, grimaced and raised his eyebrows as he heard her words.

Weinstein has consistently denied any allegations of nonconsensual sex. His lawyer, Benjamin Brafman, said Friday that he would fight to get the charges dismissed, saying they’re factually unsupported and constitutionally flawed. And he began to take aim at the accusations and accusers, noting that the alleged attacks weren’t reported to police when they happened and suggesting potential jurors wouldn’t believe the women.
“Assuming,” he added, “we get 12 fair people who are not consumed by the movement that seems to have overtaken this case.”
Weinstein was released on $1 million bail, with constant electronic monitoring and a ban on traveling beyond New York and Connecticut. He left through a courthouse back door.
He has until Wednesday to decide whether to testify before a grand jury.
As he turned himself in, Weinstein, 66, found himself surrounded by lights and cameras in a spectacle he couldn’t control.
“You sorry, Harvey?” came a shout from a throng of media as the once powerful movie mogul walked into a lower Manhattan courthouse in handcuffs, his head bowed. Asked “What can you say?” he mildly shook his head and softly said “No.”

Weinstein was charged with rape and a criminal sex act, both felonies.
Weinstein lumbered into a police station early Friday wearing a blazer and carrying books including “Something Wonderful: Rodgers and Hammerstein’s Broadway Revolution,” about the Broadway musical duo of Richard Rodgers and Oscar Hammerstein II, and “Elia Kazan,” about the famed film director. 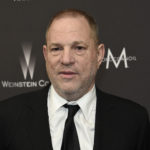 The rape charge relates to a woman who was not identified and does not appear to be among the people who have told their stories publicly. A court complaint says Weinstein confined her in a Manhattan hotel room and raped her in 2013.
The criminal sex act charge stems from a 2004 encounter between Weinstein and Lucia Evans, a then-aspiring actress who has said the Hollywood mogul forced her to perform oral sex on him in his office. She was among the first women to speak out about the producer.
“This is an emotional moment. We are relieved and grateful that justice is coming, but we also mourn the cases where it didn’t,” her lawyer, Carrie Goldberg, said in a statement to The Associated Press.
Evans told The New Yorker in a story published in October that Weinstein forced her to perform oral sex during a daytime meeting at his New York office in 2004, the summer before her senior year at Middlebury College.
“I said, over and over, ‘I don’t want to do this, stop, don’t,'” she told the magazine. “I tried to get away, but maybe I didn’t try hard enough. I didn’t want to kick him or fight him.”
The charges might not be the only ones Weinstein faces. More than 75 women have accused him of wrongdoing.
Brafman has said publicly that Weinstein was a “principal target” of an investigation being conducted by the U.S. attorney’s office in Manhattan.

New York City police have been investigating allegations by “Boardwalk Empire” actress Paz de la Huerta, who told police last fall that Weinstein raped her twice in 2010 when she was drinking and not in a condition to give consent.
Authorities in California and London are also investigating assault allegations. Britain has no statute of limits on rape cases; some of the allegations under investigation there go back to the 1980s.
The women who have publicly accused him of criminal sexual assaults include the film actress Rose McGowan, who said Weinstein raped her in 1997 in Utah, “Sopranos” actress Annabella Sciorra, who said he raped her in her New York apartment in 1992, and the Norwegian actress Natassia Malthe, who said he attacked her in a London hotel room in 2008. Another aspiring actress, Mimi Haleyi, said Weinstein forcibly performed oral sex on her in his New York apartment in 2006.
The statute of limitations for rape in New York was eliminated in 2006, but not for attacks that happened prior to 2001.
Until the scandal, Weinstein was among the most influential forces in American film.
Miramax, the company he founded with his brother, Bob, in 1979 helped reinvent independent cinema with hits like “Pulp Fiction” and “Shakespeare in Love.” Their later company, Weinstein Co., distributed Oscar winners “The Artist” and “The King’s Speech.”
But there were rumors in Hollywood for years about Weinstein’s pursuits of young actresses. He narrowly escaped prosecution in 2015 when an Italian model went to New York City police and accused him of groping her during a meeting.
Police detectives set up a sting where the woman recorded herself confronting Weinstein. After a short investigation, though, Manhattan District Attorney Cyrus Vance Jr. decided not to bring charges because of a lack of evidence.
The public allegations against Weinstein helped prompt a broad public reckoning about sexual misconduct.
Major figures in media and politics have lost their jobs or had their reputations tarnished by allegations that they subjected women to unwanted advances or outright assaults. They include TV hosts Matt Lauer and Charlie Rose, comedian Louis C.K, Democratic U.S. Sen. Al Franken, chef Mario Batali, casino magnate Steve Wynn and, most recently, New York Attorney General Eric Schneiderman.