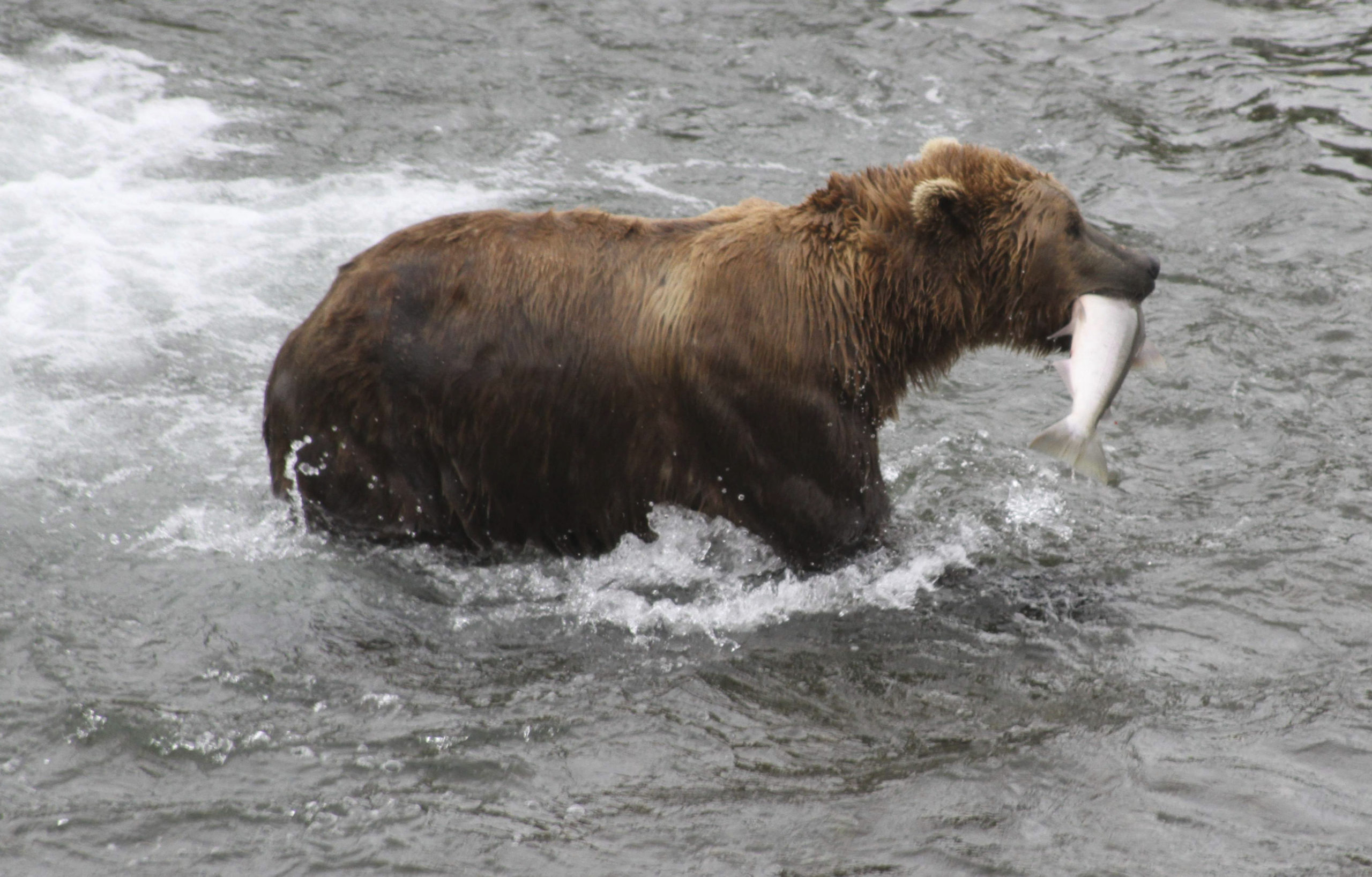 WASHINGTON  — The Trump administration is moving to reverse Obama-era rules barring hunters on some public lands in Alaska from baiting brown bears with bacon and doughnuts and using spotlights to shoot mother black bears and cubs hibernating in their dens.
The National Park Service issued a notice Monday of its intent to amend regulations for sport hunting and trapping in national preserves to bring the federal rules in line with Alaska state law.
Under the proposed changes, hunters would also be allowed to hunt black bears with dogs, kill wolves and pups in their dens, and use motor boats to shoot swimming caribou.

These and other hunting methods — condemned as cruel by wildlife protection advocates — were outlawed on federal lands in 2015. Members of the public have 60 days to provide comment on the proposed new rules.
“The conservation of wildlife and habitat for future generations is a goal we share with Alaska,” said Bert Frost, the park service’s regional director. “This proposed rule will reconsider NPS efforts in Alaska for improved alignment of hunting regulations on national preserves with State of Alaska regulations, and to enhance consistency with harvest regulations on surrounding non-federal lands and waters.”
Alaska has 10 national preserves covering nearly 37,000 square miles (95,830 square kilometers).

President Donald Trump’s sons are also avid trophy hunters who have made past excursions to Africa and Alaska.

Valadao, Denham Forced Out of the Bushes in Re-Election Bids

The Princes, the President and Fortune Seekers: AP Investigation