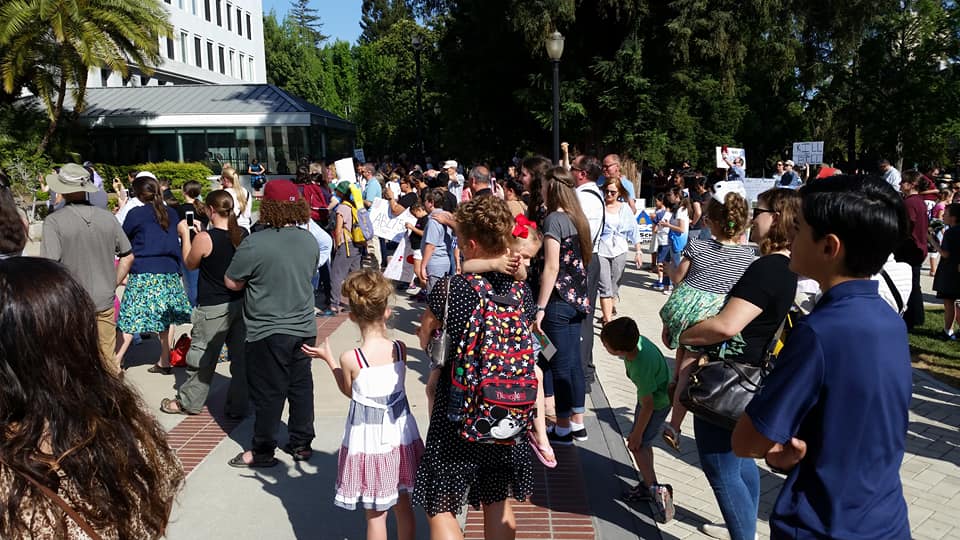 AB 2756, authored by Assemblyman Jose Medina (D-Riverside) would have categorized the type of school on a form filed by private educators. One of the categories was homeschools. The state considers homeschools as private schools when it comes to state regulation.

The move to categorize galvanized the homeschool community in protest.

Medina’s initial bill would also have required local fire marshals to inspect homeschools. He removed that portion of the bill following hundreds of calls to his office.

What remained appeared before the Assembly Committee on Education at the Capitol in Sacramento.

Medina told the committee the Turpin case in Perris (Riverside County) motivated him to write the bill. In that case, which attracted national attention, David and Louise Turpin allegedly tortured and held their 13 children captive. The Turpins homeschooled their children.

“When the Turpin case happened,” Medina said, “I, like many others in my district … looked in the law, looked for what may have been able to be done to avoid that incident.”

Kiley asked Medina what problem in the homeschool community his bill would solve.

Medina said he wanted to create a mechanism to measure how many homeschool students there are in the state.

An Education Committee staff report estimated there are more than 22,000 homeschool students in California.

Nearly 1,000 people spoke in opposition. They were homeschool children, mothers and fathers from all corners of state, including Fresno. All they were allowed to say was their name, affiliation and view on the bill. Some kids told the committee they “suppose” the bill, meaning they opposed it.

Assemblyman Travis Allen (R-Huntington Beach), a candidate for governor, chimed in with his opposition.

“AB 2756 is absolutely wrong. It must fail. It must fail today,” he said. “California’s parents and children have the right to the very best education this state can possibly provide.”

Only two people spoke in favor of Medina’s bill.

After nearly three hours of testimony, with lines to speak wrapped around two floors of the Capitol and out the door, no immediate vote was taken. Committee chair Patrick O’Donnell (D-Long Beach) noted there was no quorum to vote.

More than six hours later, O’Donnell brought the bill back to the committee, asking for a motion. He didn’t get one. The bill died.

Homeschool advocates protested another regulatory bill, AB 2926, authored by Assemblywoman Susan Eggman (D-Stockton). That bill would have created an advisory committee on homeschooling. At one point, the bill would have looked at home inspections, curriculum standards and certification for parent teachers.

Like the Medina bill, after hundreds of phone calls, Eggman withdrew her bill.

Homeschool advocates took to social media to express their elation.

“It is dead! You did it! We did it!!!!!” wrote Stefanie Duncan Fetzer on the Parents United 4 Kids Facebook group.

Kiley posted on his Twitter account: “#AB2756 was just defeated in the Assembly Education Committee. Major victory for all the homeschool educators, parents, and students who came to the Capitol and made their voice heard.”

#AB2756 was just defeated in the Assembly Education Committee. Major victory for all the homeschool educators, parents, and students who came to the Capitol and made their voice heard.

Medina’s office did not respond to a request for comment before publication.

Renteria Wants to Go from Valley to Governor’s Mansion