Is Dyer Opening the Door to a Political Future? 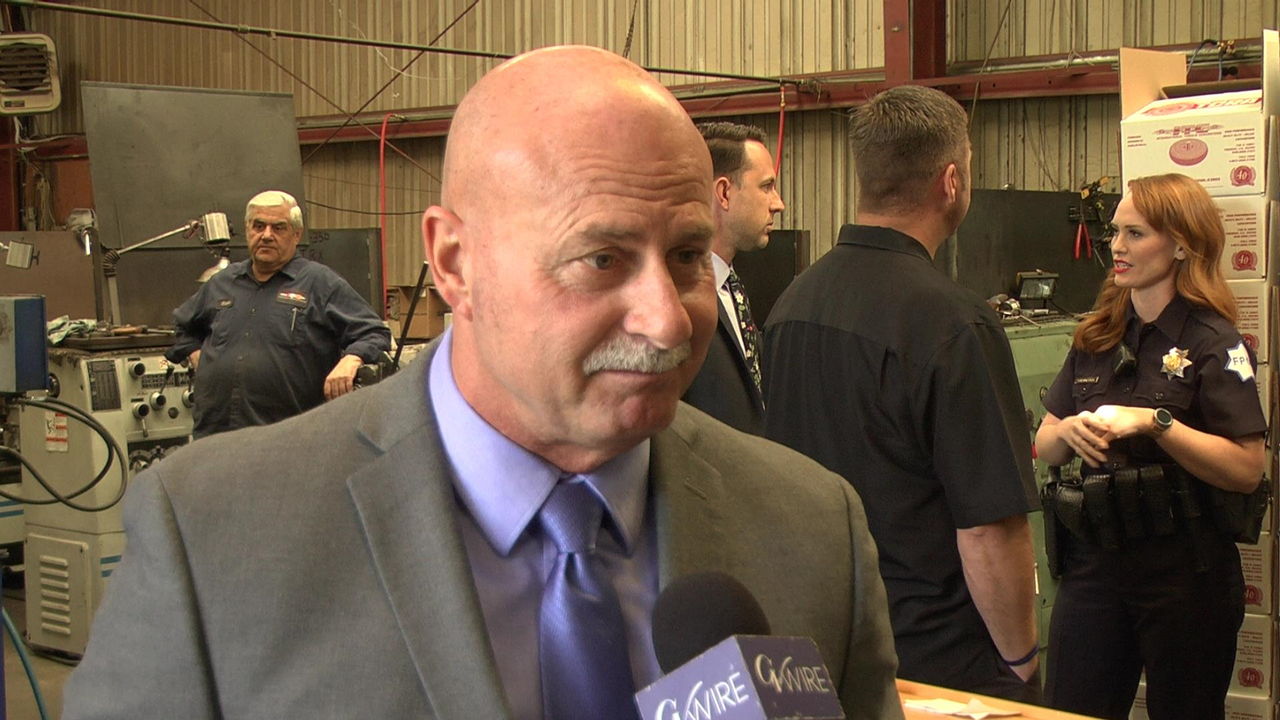 Fresno Police Chief Jerry Dyer is not ruling out a future in politics.

“I’ve never shut a door on anything. But I do know at the present time, I’m very happy serving as the police chief,” Dyer told GV Wire.

“There is a lot of work left to do. I have a lot of support in this community. We have some very good officers that need some great leadership right now in Fresno. I want to provide that leadership.”

Right now, he is concentrating on his duties as police chief. His contract runs through October 2019.

“As I get closer to that day, I’m going to have conversations with the mayor and city manager and find out what else needs to be done in our city,” Dyer said. He said his wife will play a role in any decisions.

Watch the interview above.

One party insider said that Esparza has always been involved with party activities while Islas only showed up when she ran for office.

“The party has spoken loud and clear to our community and to the voters about who they believe will do the best job representing all of the people who live in District 7 equally … .” Esparza said.

To get the endorsement, a candidate must be a registered Democrat, and garner 60% of the committee’s vote.

In the District 3 race, which has seven candidates, no Democratic candidate reached that threshold.

No Moreno on Oversight Committee

The Fresno Unified school board was set on re-appointing Guillermo Moreno to the Citizens’ Bond Oversight Committee. The group is supposed to be the public’s eyes and ears on spending of the Measure X and Measure Q construction bonds.

But, a vote never happened Wednesday. Staff pulled his nomination. Karin Temple, the district’s chief operations officer, said that upon further review, Moreno was not eligible because he had served the maximum of three two-year terms.

What is supposed to be a 15-member body only has seven active members. The terms of four members have expired, but they are eligible for re-appointment.

Central Unified is moving forward with its search for a permanent superintendent to replace the fired Mark Sutton. The school board voted 6-1 Tuesday (April 10) to direct staff to update the job description.

Trustee Terry Cox was the lone no vote, desiring that the board wait until after the November election to hire its next education chief. That sentiment was echoed by some in the audience.

NOTE: Even though Wood’s donation is under $1,000, his total contributions for this cycle to Scharton are over that amount, thus it needs to be reported.

This Power Salad Is Scrumptious and Healthy

EPA Needs Fixing. But Scott Pruitt’s Way Is All Wrong.