It's Full Speed Ahead for Texas Bullet Train 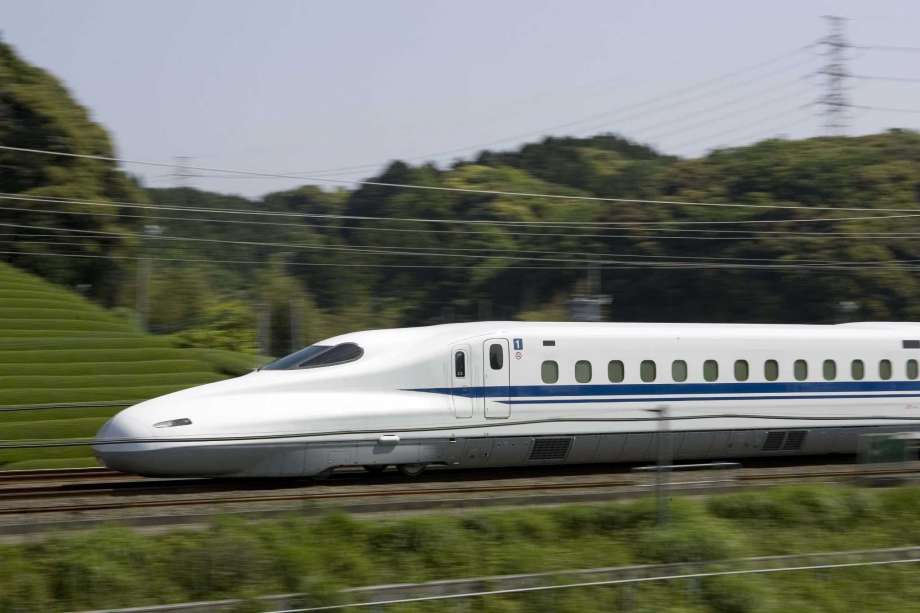 The Texas Bullet Train got a big boost recently with a federal environmental report that pushes forward the North Texas-to-Houston passenger line. This state-of-the-art, high-speed train will provide an eco-friendly option for traveling between two commercial powerhouses.

The Federal Railroad Administration’s draft environmental impact study said the project is being designed to protect natural and cultural resources and to minimize effects on private property, farmland and commercial businesses along the 240-mile route.

In short, this much-needed bullet train will help handle growth efficiently and relieve stress on our environment and infrastructure.

As a self-described “green Republican,” I’ve spent years building bridges between conservatives and progressives. I believe there’s a positive intersection where capitalism and environmental consciousness co-exist, creating value and prosperity for all involved.

We’ve already seen signs of that in Texas, marked by EARTHx, a non-profit education and awareness group. It has turned a four-day Dallas-based conference and exhibition around Earth Day into a national event to reconcile economy and ecology, Republicans and Democrats.

At first, Dallas seemed an unlikely locale to host the world’s largest Earth Day celebration (with more than 130,000 attendees in 2016). But the national green community now recognizes what many still need to know: Texas can uniquely lead the country in market-based solutions for sustainable development.

The bullet train exemplifies that, providing a safe, fast and productive transportation option, linking in 90 minutes North Texas and Houston, whose populations are expected to double by 2035.

As a businessman, I admire the bullet train’s fiscal discipline, relying on market principles, not taxpayer money, to fund its operations.

Instead of massive, traffic-clogged highways that eat up more land, we are getting a high-speed train with a smaller environmental footprint and far more benefits. Among them: fewer cars on the roads and fewer emissions and contaminants that harm air and water quality.

In Japan, bullet trains emit just one-twelfth the amount of carbon as a typical commercial jet traveling between Tokyo and Osaka. It’s the same system being considered by Texas Central, the bullet train’s developers.

The FRA’s report concluded that the Texas high-speed train system potentially would improve air quality, reducing regional emissions of certain pollutants by reducing vehicle traffic and shifting riders to the electric-powered train. This is especially important in high-growth areas like Dallas, which already has reached air quality non-attainment status.

Also, the train will run mainly on elevated tracks and berms alongside Texas’ existing utility corridor. These features will make it easier to protect streams, wetlands, floodplains and other natural and cultural features. Besides safeguarding biodiversity, this will allow for the free movement of wildlife, pedestrians and vehicles.

This low-impact design philosophy has been an essential part of the planning, design and permitting process in which hundreds of experts have examined the ecological impact and related issues. It will continue through construction and operations, enhancing host communities along the route.

The FRA study also highlighted the bullet train’s passenger stations in Dallas, Houston and the Brazos Valley — all using the Leadership in Energy and Environmental Design standard. The stations will enhance local property values and attract economic development.

Commuters will gain a reliable transportation alternative with minimal environmental effects. Land retains value and cities manage traffic. It’s a smart solution that allows the state’s largest metro areas to sustain growth and wellbeing at the same time, while moving the maximum number of people using the least amount of Texas land.

As a businessman, I admire the bullet train’s fiscal discipline, relying on market principles, not taxpayer money, to fund its operations. Even more, it will pump $36 billion into the economy over the next 25 years and create 10,000 jobs per year during construction and up to 1,500 jobs permanently when operational.

As an environmentalist, I’m excited about an innovative project that will promote a clean transportation solution that is environmentally forward-thinking, socially responsible and resourceful.

Trammell S. Crow is a Dallas businessman and philanthropist who founded EARTHx, a non-profit organization focused on environmental education and awareness. He wrote this for InsideSources.com.

With Hanson Ousted, It’s One and Done for Ashjian