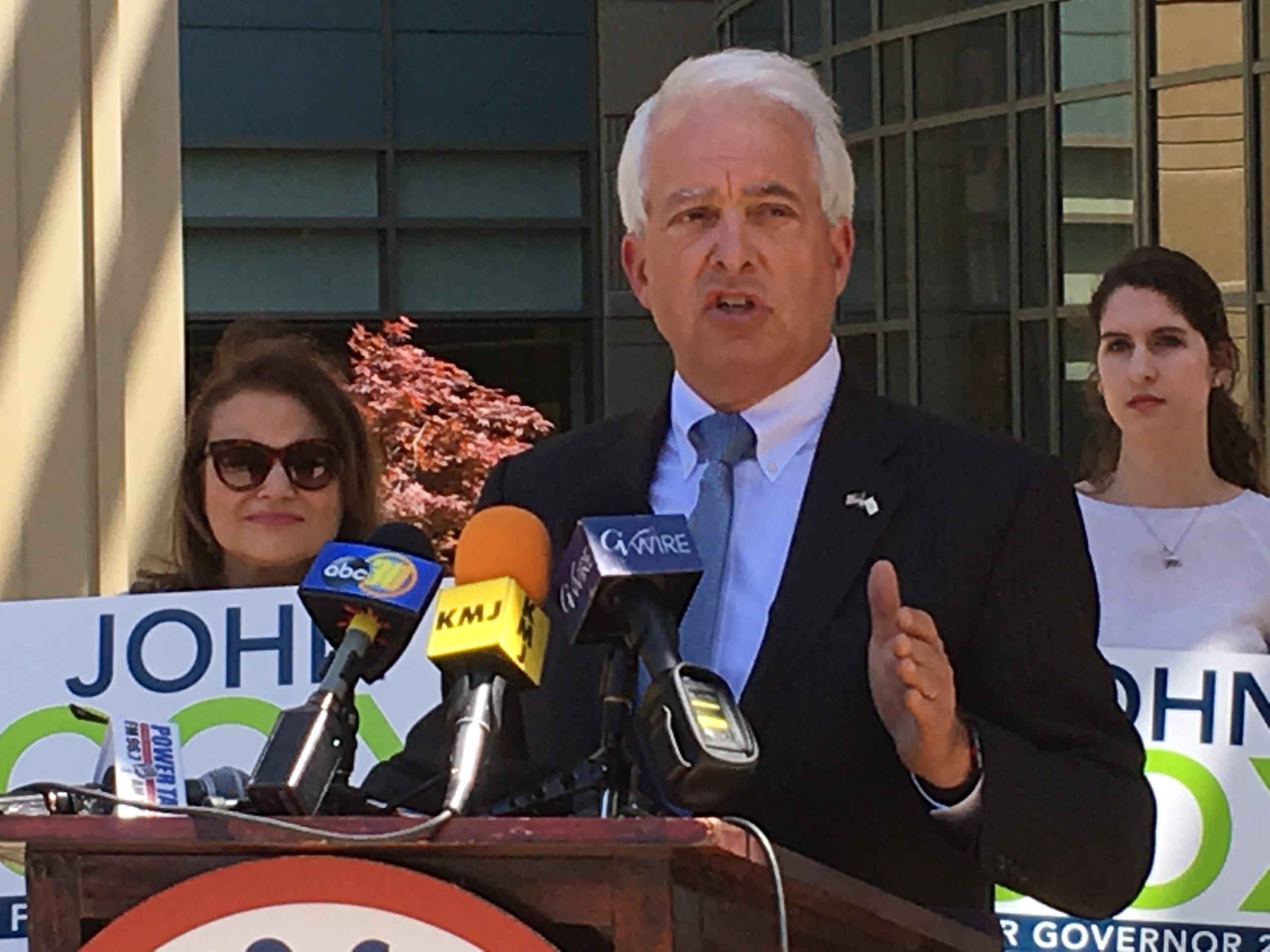 “The passage of this sanctuary state — and the enforcement of it — has resulted in Californians feeling less safe,” Cox said. “(The) law enforcement officials that they rely on to keep the peace and security of their neighborhoods are not working together.”

But, he stopped short of advocating that officials in Fresno do the same.

“I think (Central Valley communities) should be allowed to carry out their deliberations and do what they need to do about their communities without interference from me directly. I’m here to support them …adhering to federal rules and opposing sanctuary state status,” Cox said.

No other city our county elected officials stood by Cox during his 30-minute period with the media.

In a media conference in front of the Robert E. Coyle Federal Courthouse, organized by the Fresno County Republicans, Cox talked about his support for legal immigration.

“I think we need to get a solution. I would like to have a comprehensive solution. A lot of people would,” Cox said.

Cox mentioned the case of homicide victim Kate Steinle as an example of illegal immigrants posing a danger to the community.

He advocated for better enforcement of the E-Verify program. He also cited a border wall, tunnel detection and visa overstay enforcement as potential fixes. He said people in the fields are not criminals and not causing danger to the communities.

Cox blamed Democrats for not cooperating with the Trump Administration to solve the immigration problem.

When asked about the Stephon Clark shooting in Sacramento, Cox called it a tragedy.

“It ought to be a goal to reduce crime. It also ought to be a goal to foster respect for the police. They have a tough job to do. They need to have the respect of the community. They also need to earn that respect too. I think better training in that regard is a good thing too,” Cox said.

‘I Am Absolutely Not a Slumlord,’ Says City Council Candidate