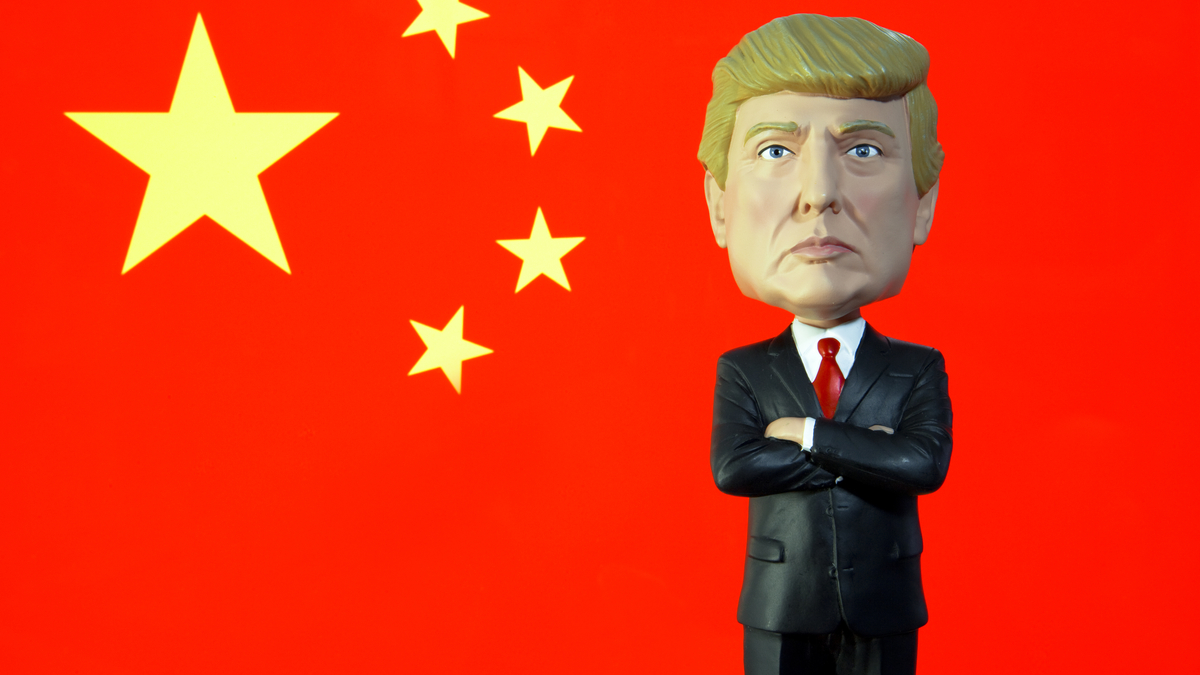 On March 22, the Trump administration lobbed its second volley in a planned escalation of punitive trade measures against America’s trading partners.
The latest salvo targets China, the largest U.S. trading partner, and covers a much wider range of products than the first set of tariffs, which focused on steel and aluminum.
There are many reasons why this is a bad idea.

The president, however, believes that China has unfairly exploited U.S. workers and businesses and must be punished. Rather than take the more prudent approach and work with other countries that have been affected by Chinese exports, Trump has instead chosen to strike a blow that will hit not just China but the global economy as well.
That’s because the complexity and interconnectedness of the global trading system make it nearly impossible to narrowly target specific countries, as the U.S.-China trade relationship demonstrates.

Chinese Exports to the U.S.

China exports US$386 billion worth of goods to the U.S. every year, most notably a variety of manufactured products that most Americans associate with the “Made in China” label.
These trade flows are dominated by computers and other electronics, which constitute 45 percent of all exports. Computers alone represent 11 percent.

These complex electronics products are comprised of dozens of parts and components that are sourced from many countries, including the U.S.
To get a sense of how much is actually made in China and how much comes from elsewhere, economists calculate the share of “domestic content” in the goods versus “foreign content.”
It turns out that China’s exports of manufactured products consist nearly equally of foreign and domestic content. But for high-technology products, such as electronics, around two-thirds are foreign.

In other words, a computer that is “Made in China” is, in fact, mostly made elsewhere.
So who gets hurt when the U.S. imposes a tariff on Chinese computers? A lot of people – including Americans.
Many products that are made in China were conceived of and sold by American companies – the Apple iPhone being a prominent example. In these cases, American workers provide a range of high-value services as inputs into the final product, such as the design, marketing and management provided by Apple employees in Cupertino. More than that, American companies make many of the iPhone’s components, including the camera, glass screen, touchscreen controller and the Wi-Fi chip.

A Boon for U.S. Service Workers

The upside to all this is that the recent growth in global manufacturing output has been a boon for American service workers. In fact, U.S. services exports to China doubled from 2011 to 2015.
On the other hand, this provides a stark illustration of how a tariff on Chinese goods could quickly come back to hit U.S. workers.

And it is not just the direct trade links that matter. Trade also has important indirect effects on the economy by bringing countries closer together in other ways.
A case in point is Chinese tourism to the U.S., which has risen rapidly in recent years. So much so, in fact, that “travel services” is now the largest U.S. export to China.

Students: Another Kind of Export

A final underappreciated benefit to the U.S. from growing cultural and economic ties has been soaring Chinese enrollment in American universities.
Enrollment quintupled to 351,000 in 2016 from a decade earlier, with the Chinese now representing about a third of all international students in the U.S., up from 12 percent.

Again, this represents a type of U.S. export to China and can be directly linked to deepening economic integration. In this case, the benefits to the U.S. are both tangible – admissions fees – and intangible – more innovation and knowledge sharing.

In summary, the world is highly integrated, in ways we often don’t see. As a result, when trade policy is made without careful thought, a tariff on flat-screen TVs can lead to fewer visitors to the Grand Canyon or the loss of marketing jobs in Cleveland. And we are all poorer for it.
Greg Wright, Assistant Professor of Economics, University of California, Merced
This article was originally published on The Conversation. Read the original article.