While federal workers were breathing a sigh of relief that Congress managed to avoid a government shutdown, another group of workers also had reason to cheer. That’s because hidden deep in the $1.3 trillion budget deal that President Donald Trump signed on March 23 was a measure preventing his administration from changing the law to allow employers to take workers’ tips. 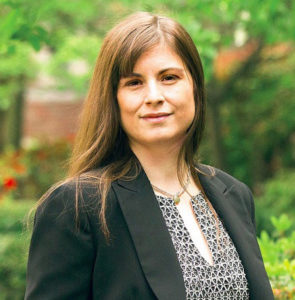 As an expert in workers’ rights, I believe the measure also has the potential to reduce an inequality that has long existed in the restaurant industry.

The Law on Tips

The federal minimum wage is $7.25 an hour. Tipped employees, however, can earn as little as $2.13 if they make up the difference between that and the minimum wage – or more – in tips.

This came to be known as a “tip credit” and allows employers to pay subminimum wages, as long as they let the worker keep all of his or her tips.

In 2011, the Obama administration promulgated regulations stating that employees must be allowed to keep all their tips, regardless of whether they are paid the tipped or full minimum wage. The only exception was in cases of a tip pool that distributed tips among employees who “customarily and regularly receive tips.”

Despite this rule, tip stealing is widespread in the restaurant industry. A 2009 survey of low-wage workers in New York, Chicago and Los Angeles by the National Employment Law Project, a national policy organization, found that 12 percent of survey participants who received tips had their tips stolen by their employer in violation of current law.

The Trump administration was poised to make this problem worse by repealing the regulation that required that employees be permitted to keep their tips, except pursuant to a legal tip pool.

In December, the Department of Labor announced a proposed rule change that would have allowed employers to do whatever they wanted with tips earned by employees, including keep them, as long as the employees made at least $7.25 per hour.

The administration claimed that this rule change would have allowed employers to distribute tips more equitably among their employees. For instance, it would have permitted dishwashers and other kitchen staff to be a part of a tip pool, something previously not permitted.

Labor advocates cried foul, arguing that the change would have resulted in a massive wealth transfer from workers to employers. An analysis by the Economic Policy Institute estimated that the rule would have cost workers at least $5.8 billion per year in lost income.

A Department of Labor analysis that was initially kept from the public came to similar conclusions. 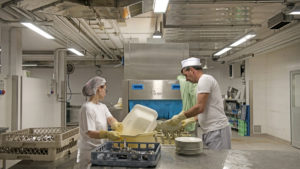 The new federal budget deal opens the door to tip pooling that includes kitchen staff as long as all employees earn at least $7.25 per hour.

Whether or not the administration was being honest about its real motivations, the Department of Labor was right to draw attention to a form of structural inequality that exists in the restaurant industry.

Because racial minorities are more likely to be employed in non-tipped positions, this income inequality results in a stark racial divide as well. A study by the Restaurant Opportunity Centers United, a national restaurant worker advocacy group, found that white food service workers earn $3 more per hour on average than workers of color, in part because of the tips that white workers are more likely to earn.

As long as federal regulations forbade tip pools to include these back of the house employees, this structural inequality was likely to persist.

What the Budget Deal Does

The measure passed as part of the budget deal addressed both the concern about employers’ taking workers tips and the structural pay gap.

It states that under no circumstances can employers or managers take workers’ tips. But it also suspends the Obama regulation that prohibited tip pooling with back of the house employees as long as all employees earn at least $7.25 per hour.

In other words, this will allow employers to distribute tips more fairly and better compensate their lowest-paid employees, who often work in back, while preventing owners from using the rule to line their own pockets.

Congress rarely passes legislation that is win-win, but in this situation, it has managed to do just that.