A proposed Clovis charter school based on the principle of “mindfulness” could be DOA before getting off the ground if Clovis Unified trustees follow a staff recommendation.

One of the school’s goals is to provide a safe space for Sikh students who are subjected to bullying and harassment in public schools. 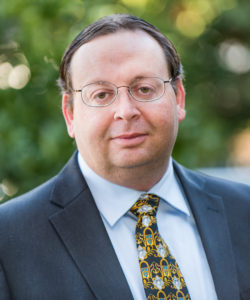 The charter school, though, would be open to all. Instruction would be in English and Punjabi.

Harmit Juneja, a charter proponent, said, “We want to make it clear that this is not a Sikh school. It is a school for everyone in the community.”

At tonight’s (March 21) Clovis Unified school board meeting, staff is asking the board to reject the petition of the One & Only Academy.

The proposed school is “demonstrably unlikely to successfully implement the program” and “does not contain reasonably comprehensive descriptions of a number of the elements required” by the education code. 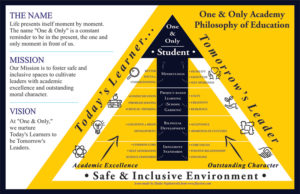 “In summary, the One & Only Academy found the Staff recommendation for denial to be over-reaching, inaccurate, and based upon conjecture not fact,” charter backers said in a news release.

“Ultimately, we hope that the Clovis Board of Education will approve the charter in alignment with the intent of the Charter School’s Act.”

The school board meeting is scheduled to start at 6:30 p.m. at district headquarters, 1680 David E. Cook Way, in Clovis, near Herndon and Sunnyside avenues.

“CSUB provides an excellent education for its students, affording them, their families, and indeed the entire Kern community, the opportunity for a vastly better future,” Zelezny told the Bakersfield Californian.

“Brian is committed to making Fresno a better city and continuing the streak of success by investing in our city’s infrastructure and employees,” union president Al Muñoz said in a news release. “With the unveiling of bus-rapid transit, Brian is the best possible partner on the City Council to make Fresno’s future bright.”

California Democratic gubernatorial candidate Antonio Villaraigosa stumped in the Valley on Tuesday (March 20). He met with the Cal Citrus Mutual Board. And he appeared at Neighborhood Thrift in the Tower District of Fresno, where many local elected officials endorsed the former Los Angeles mayor for governor.

Villaraigosa says he supports High-Speed Rail, even after the latest estimates that it would cost $67 billion, with the Central Valley portion going up by 35%.

“I see it as an opportunity for economic development,” he said. The former Los Angeles mayor touted how improved public transit in Los Angeles helped the economy.

But, Villaraigosa said, there are limits to his support. (Watch his full statement below).

“Costs are going up. We need to value engineer it. We need to look at public-private partnerships,” he said. He called for cutting red tape like CEQA (state-mandated environmental studies). He would not specify a dollar amount for abandoning the project.

A group of law enforcement leaders along with Assemblyman Jim Patterson (R-Fresno) will hold a news conference at City Hall 3 p.m. Thursday. The goal is to urge council to support an initiative that proponents say would reverse some of the effects of Props 47/57 and AB 109.

Councilman Clint Olivier is sponsoring a resolution to be discussed by the council at 3:45 p.m.

-Hear the introduction of Councilman Garry Bredefeld’s Money Back Guarantee at 4:30 p.m.

–Approve a contract with the state courts to lease 240 parking spaces for jurors in city lots at $60 a spot per month. Jurors were left to pay for their own parking for week when the contract expired earlier this month. The city raised rates in 2017.

-In closed session, the council will hear a security assessment from both the Public Works and Information Services department. The agenda contained no details of any specifics that will be discussed.

–Approve an environmental report to expand trailer parking at Producers Dairy on Belmont Avenue. Producers has wanted this approved for nearly two years now. It has met with some community resistance because of concerns about noise and pollution. Staff recommends its passage.

-Allow the police department to start the process of acquiring three surplus armored vehicles (without weapons) from the federal government. The staff report did not include a price tag.

–Settle the contract saga between W.M. Lyles and Mountain Cascade by restarting the bid process for water tanks at the Northeast Surface Water Treatment Facility. Staff initially recommended W.M. Lyles win the $11.7 million contract and find Mountain Cascade non-responsive based on their experience level. After a Mountain Cascade protest and fear of litigation, staff is reversing those positions.

–Extend the Bank of America contract for 90-days. Council rejected extending the contract up to seven years at the March 8 meeting, based on BofA’s past discrimination lawsuit history. However, staff pointed out the contract ends at the end of March. Councilmembers indicated they wanted to extend the deal for nine months to find another bank to deal with. But, BofA only wanted the shorter deal.

Politicians and the Weather

One local politician says there is an advantage to campaigning in rainy weather. It makes it easier to stick campaign signs in the ground.