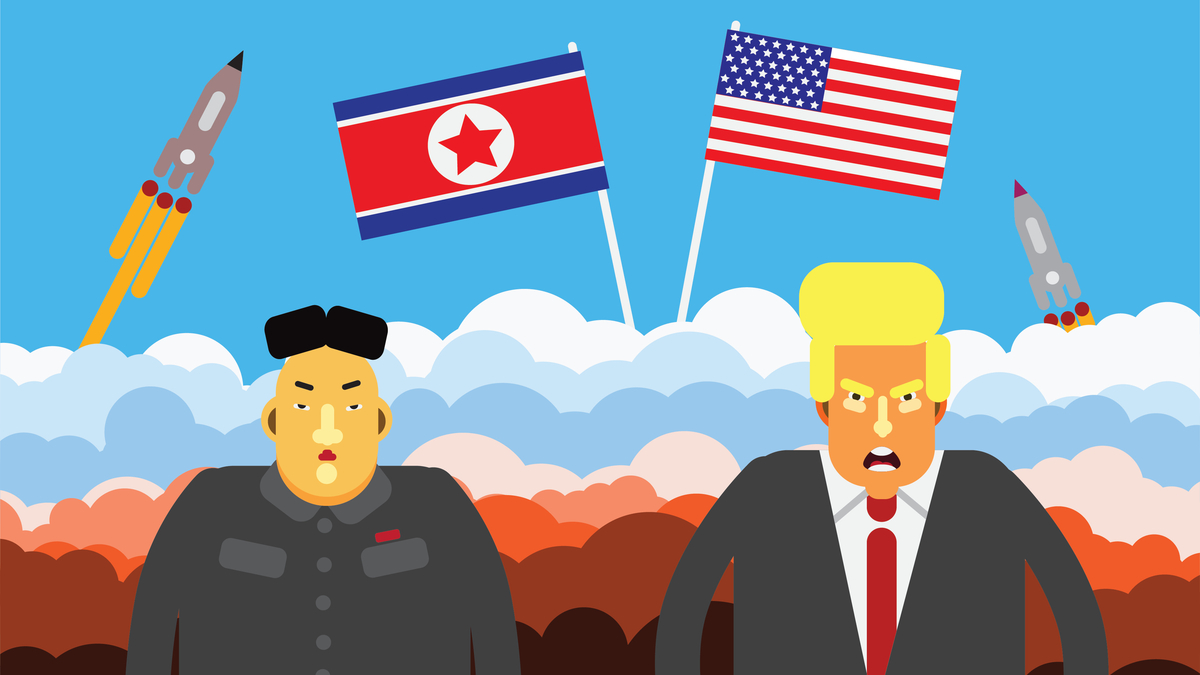 SEOUL — President Donald Trump and North Korea’s leader Kim Jong-un shocked Americans and Koreans alike with their agreement to meet at a summit and go over the whole issue of denuclearization of North Korea, confrontation between North Korea and the United States, and North-South confrontation.
The questions now are, what does it all mean, what will come out of a Trump-Kim summit and can they possibly come to terms? 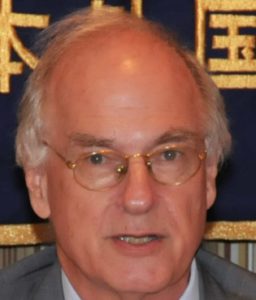 Nobody, on Seoul or in Washington, had expected Chung Eui-yong, South Korea’s national security adviser, to reveal agreement on a summit while on a mission to Washington to brief the White House on the results of his visit to Pyongyang on Monday at which Kim hosted him and his delegation to dinner at which he expressed his “willingness” to talk to the Americans about denuclearization and agreed to meet South Korea’s President Moon Jae-in for the third inter-Korean summit in late April.
The drama of that announcement was trumped by Chung telling reporters at the White House that Kim and Trump would be meeting by May. Minutes later, Trump’s spokeswoman, Sarah Huckabee Sanders confirmed it was true, the two would meet at a time and place not yet decided.

News of the impending summit reverberated through Korea in a surge of optimism and relief after months of non-stop escalation of North Korean threats and missile tests, countered by U.N. sanctions and rising rhetoric from the White House, notably Trump scoffing at Kim as “Little Rocket Man” and threatening to inundate North Korea with “fire and fury.”

Analysts are still skeptical though as to whether the current wave of post-Olympic diplomacy will lead to a permanent solution of the epic North-South Korean confrontation that began with the Korean War and in recent years has taken on the added dimension of fears about North Korea’s nuclear program. U.S. and South Korean military officers pointed out that North Korean physicists and engineers are nearing the point at which they can attach a small warhead to the tip of a long-range ballistic missile — and even launch a nuclear-tipped missile from a submarine hidden beneath the surface of the ocean not far from the U.S. west coast.
“We have lots of threats, lots of things to get over,” Kim Tae-woo, a military expert formerly with the Korea Institute of Defense Analyses. “There are two scenarios. North Korea decides to give up its nukes or has dialogue but simultaneously they continue nuclear weapons.”
Some analysts fear that President Moon, when he meets Kim before the Trump-Kim summit, may be reluctant to make specific demands that might upset Kim and throw off attempts at reconciliation and further dialogue. Against this view, however, it was also noted that Moon has already passed on word to Kim that he will not call off U.S.-South Korean military exercises, postponed until after the Paralympics, and will insist that sanctions against North Korea remain in effect until the North actually goes through with denuclearization.

What Will Trump and Kim Discuss?

An American diplomat tempered the euphoria over the announcement by noting that Trump had simply accepted Kim Jong-un’s “invitation,” but that there was no agenda for negotiations. The implication was that Trump and Kim need to decide first just what they’re going to talk about — and how far they would go beyond pleasantries and formalities.
Choi Jin-wook, a North Korea specialist formerly with the Korea Institute of National Unification, said he thought the two would “discuss something very important” reflecting regional rivalries. North Korea, he said, may want to cozy up to Washington as a foil against China. North Korea has relied on China for almost all its oil and much of its food while suffering under sanctions that clearly had much to do with the North expressing “willingness” to talk about denuclearization.


“There are two scenarios. North Korea decides to give up its nukes or has dialogue but simultaneously they continue nuclear weapons.” — military expert Kim Tae-woo
Then the question will be the degree to which North Korea is willing to denuclearize. Kim has already said he will not order more missile and nuclear tests at least until meeting first Moon and then Trump and will not object too strongly to this spring’s U.S.-South Korean military exercises.
He is not expected, however, simply to agree to close down the Yongbyon complex where the five-megawatt plutonium reactor is reported in operation. Nor will he dispose of the warheads that have already been produced there or are being produced with highly enriched uranium at other locations, some of which the Americans still have not discovered even with the most advanced satellite technology.

Questions That Should Be Asked

Christopher Hill, the U.S. diplomat who spent years negotiating with the North Koreans in a fruitless effort to get them to come down to a viable deal, warned Trump should not go into talks with the Kim without assurances that Kim really would make a deal. Hill raised two key questions — “Will North Korea agree to denuclearization” or “monitoring” of its nuclear facilities by the International Atomic Energy Agency?
Such questions more or less wiped out the impact of Trump’s decision, several hours before Chung called on the White House, to impose stiff tariffs on steel and aluminum imports.
Foreign policy experts responded with alarm to Trump’s decision to raise tariffs on steel imports by 25 percent and on aluminum imports by 10 percent. So disturbing was this decision, which he made on his own thanks to a provision enacted by Congress 46 years ago authorizing him to adjust tariffs for reasons of “national security” without congressional approval, that experts feared a trade war that could lead to conflicts worldwide.
There was, however, room for hope that Trump would moderate the tariffs depending on the need to maintain close relations with countries that the United States definitely does not want to lose as friends.
Right away, for instance, Trump has said the tariffs do not apply to Canada and Mexico even though he has previously bitterly criticized the North American Free Trade Agreement that binds the United States to both its northern and southern neighbors.

Will South Korea Get a Break on Steel Tariffs?

South Korea, the third-largest exporter of steel to the United States after Canada and Brazil, would be an obvious candidate for special treatment considering the U.S.-Korean military alliance, coming joint military exercises — and then the coming Trump-Kim summit.
The White House, even before the news of the summit was announced, was studying a request from the Federation of Korean Industries in Seoul for an “exception” to Trump’s edict while South Korean officials were briefing the Americans on their meeting with Kim in Pyongyang on Monday at which he signaled his “willingness” to talk about denuclearization.
About the Author
Donald Kirk has been a columnist for Korea Times, South China Morning Post and many other newspaper and magazines. He wrote this for InsideSources.com.