Women’s participation in the labor force has soared over the past 50 years, rising from 32 percent in 1948 to 56.7 percent as of January.

Yet those gains have not translated into the U.S. corporate boardroom, where women held just 16.6 percent of seats in 2015, according to a Credit Suisse analysis of the world’s largest 3,400 or so companies. That’s up a little from the 12.7 percent five years earlier but still disappointingly low. 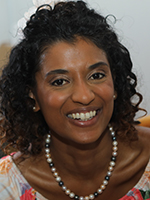 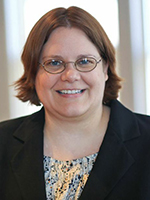 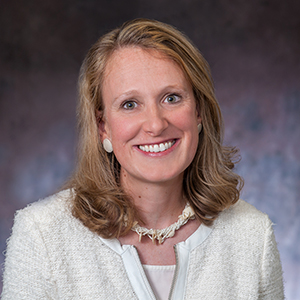 As scholars of corporate governance, we felt the answer to this puzzle might require a bit of digging beyond this simple percentage. So we crunched the numbers on individual states over an 11-year period to see where women fared better in the boardroom and why.

Our findings were startling but also suggest a solution.

The Case for Parity

The ethical case for a government promoting or even mandating gender equality, whether in the classroom, office or boardroom, seems fairly straightforward.

Beyond that, research suggests that companies with more female directors achieve better financial results, are more socially responsible and are less likely to engage in wrongdoing such as fraud.

While many countries in Europe have used quotas to get more women on corporate boards, in the U.S. there is resistance to doing so. Instead, federal government agencies have focused on disclosure, which has had little impact.

Under the U.S. Constitution, states have significant power in setting their own policies. And while none have instituted a gender quota for corporate boards, some states have gone further than the federal government on a variety of policies that affect women’s career advancement, such as workplace discrimination and family planning. We theorized that these differences might help explain the prevalence of women on boards in some states and not others.

A Wide Range of Representation

To find out, we examined the boardroom diversity of the 1,500 companies in the Standard & Poor’s 1500 index, which represents about 90 percent of total U.S. market capitalization.

We focused on the period 2003 to 2014 using data provided by Governance Metrics International, which compiles governance information annually from companies’ proxy statements and public filings.

Nationally, our data showed that just 15.2 percent of S&P 1500 board seats were occupied by women in 2014, up modestly from 9.7 percent in 2003. One explanation for why our figures show less representation than the Credit Suisse data cited earlier is that the largest corporations have done a better job promoting women, while the S&P 1500 includes medium-sized companies as well. This is a correlation also supported by our data.

Our sample included companies headquartered in 49 states (none were in Wyoming). As some states only had a few companies listed in the index during the period and others had many, we controlled for the economic size of each state as well as several other factors, such as a company’s size and state demographics. This allowed us to more fairly compare each state’s figures and isolate potential explanations.

Overall, the national trend of increasing representation persisted in the vast majority of states from 2003 to 2014, while four experienced slight declines. Not a single woman served on the board of the sole Alaskan company in the index during the period. Beyond that, the data showed wide variation from state to state.

In 2014, the worst states for women on boards were Louisiana, Nebraska, New Hampshire and Alaska, all of which had less than 10 percent. New Mexico boasted the most women on boards at 44 percent, followed by Vermont, Delaware, Iowa and Maine.

Another way of looking at the data is to focus not just on basic representation but at what percentage of companies have three or more women in the boardroom. Research shows that this can constitute a critical mass that enables them to make a real difference by affecting a board’s working style and dynamic and creating a more favorable environment for women’s perspectives to be heard.

By that measure, the data are a lot more discouraging. Only 11 states, such as Minnesota, Connecticut and Washington, had even a third of their companies meet this threshold. In 18 other states, including Louisiana, Tennessee and Virginia, less than 10 percent had at least three women on their boards.

What explains the differences? 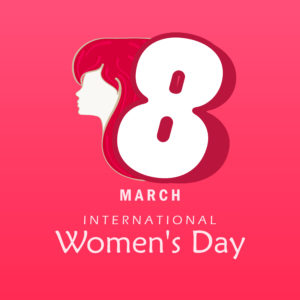 Our initial hypothesis was that state policies had something to do with it because existing research has found a link between national governmental policies and participation of women in leadership positions.

So we examined whether states had gender-related policies in three general areas: reproductive rights, anti-discrimination and work-family balance. We then analyzed several databases to find out which states had these policies.

We found that that companies headquartered in states with policies that provided more protections for women than the federal government requires in terms of reproductive rights, such as public funding for abortion and laws against gender discrimination, tended to have a greater share of female directors on their boards. Interestingly, we didn’t find a link with work-life balance policies such as better access to maternity leave.

For example, states like Minnesota, Connecticut and Washington – all of which have a greater level of female board representation than the national average over the 11-year period – also had most of the policies we identified. All three provide funding for abortions through Medicaid and have passed gender discrimination protections that are stronger than exist at the federal level.

In contrast, states where relatively few women sat on corporate boards, such as Alabama, Colorado, Louisiana, Georgia, Nebraska and Virginia, tended to have weaker policies protecting women and their rights.

Overall, we found a strong statistical link between these types of policies and female representation in the boardroom, which held even after controlling for alternative explanations, such as the political orientation of the state and cultural attitudes toward women based on surveys. To us, the point isn’t that these policies in particular lead to more women on boards, but that they broadly represent a favorable cultural environment for women in the workplace.

There were a few notable exceptions to our findings. California, for example, which has progressive policies in these areas, boasts few women on its boards, or about 14 percent in 2014. One possible explanation could be that older companies are more likely to have more women on their boards. A significant number of California companies in the index were relatively young.

Making it into the highest echelons of a corporation is very difficult and typically requires opportunity for training and access to social networks, both of which are jeopardized when, for example, women suffer harassment on the job or incur a “motherhood penalty.” It is not surprising, for example, that female directors are significantly more likely to be single and childless, compared with their male peers.

European countries such as Iceland, Norway and France have become world leaders in female representation by instituting quotas. In 2017, women held more than 40 percent of the seats on the largest listed companies in all three countries, a significant increase from a decade earlier.

The good news is that our findings suggest that states – as well as the federal government – have policy options at their disposal short of establishing gender quotas to increase female representation in the boardroom.