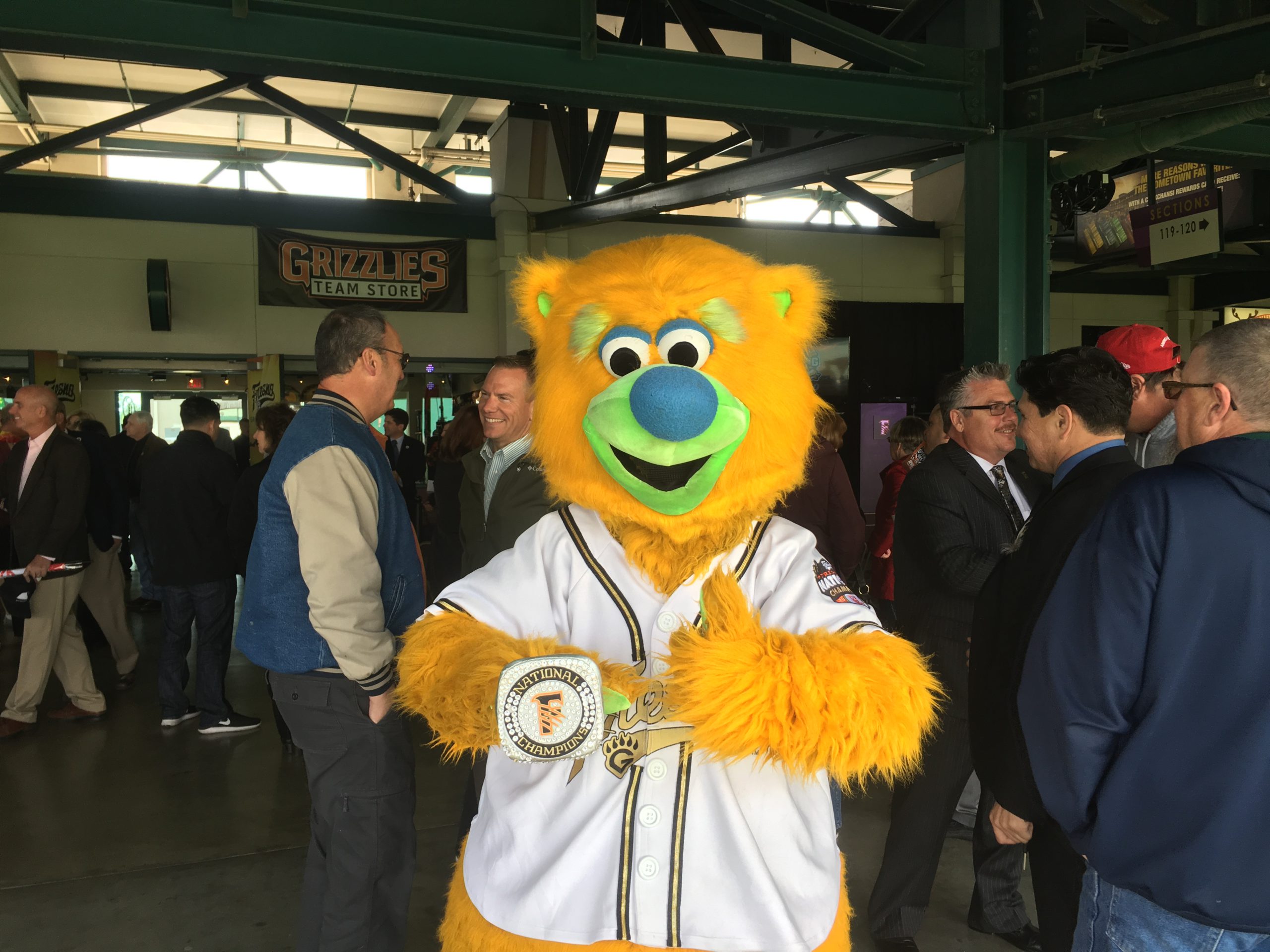 The owners may be new, but many things at the baseball diamond at H and Tulare streets in downtown Fresno remain the same. The grass on the Chukchansi Field is still green, albeit aligned at the moment for Fresno Foxes soccer instead of Grizzlies baseball. The day-to-day operations continue under the same management.
Last week, the Grizzlies introduced its third ownership group in their 21-year history. The father-son duo of Ray and Michael Baker paired with Jim Coufos to purchase the team. All three have experience in running other minor-league baseball franchises. 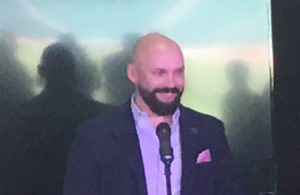 Derek Franks added extra mustard to his business card, bumped up to the title of president. He started with the team in 2004 as a hot-dog-costume wearing intern. He worked his way up to the title of general manager, earning the 2015 Pacific Coast League Executive of the Year. Now, he continues his role as the face and local leader of the front office.
“It’s wild to think that a quick decision like coming to a job fair can change your life forever,” Franks said after the announcement of the promotion. “I have so much gratitude for this moment and this team.”
With a new lease in place agreed to last year ahead of a sale, Managing General Partner Michael Baker assured that baseball will be played in Fresno, at least for the next 14 seasons.
“We are committed to Fresno in the long term. This team is not moving. We are proud to call Fresno home,” the younger Baker told media, staff, politicians and fans gathered on the stadium’s concourse.
As part of that agreement ratified by the Fresno City Council, both the team and city will chip in for stadium improvements. The stadium also will open for use by non-profit groups free of charge on non-game days.

First Round of Fixes

The team showed off plans for some of those fixes: a left-field pavilion that will be utilized as a social lounging area. This week, council will vote to authorize $1.2 million in improvements, that among other things will extend protective netting up each foul line to the outfield-wall side of the dugout (currently, the netting ends before the dugouts begin around home plate).
Other fixes on the city’s list: a new beer line system, paint, new boiler, new AC system, and new trash cans.

Another big takeaway from last week’s announcement: cheaper everyday beer prices. A 20-ounce cup of suds that once cost $8 drops to $5.
The flipside: the Thirsty Thursday promotion, which sold 24-ounce cans of Tecate and Tecate Light for only $2, is gone. 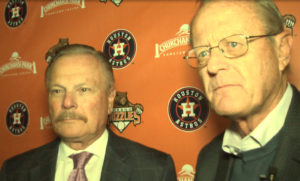 The Bakers will hold a majority share of Fresno Sports and Events, the official name of the ownership group. They are based out of Denver, and have a stake in the Grand Junction Rockies, who play in the Pioneer League,  a short-season league for rookies.
Their background is in banking and real estate in Colorado. Michael is currently president of the family’s company, Gold Crown Management.
For father Ray, the willingness of city leadership helped close the deal.
“The Fresno vibe, and the opportunity with the city, the mayor, city council and the county gave us what we thought was every positive indication that this deal can be structured in a win-win scenario,” Baker said.
The elder Baker also helped Denver land a Major League Baseball franchise, the Colorado Rockies. He serves on the Denver stadium oversight board. Baker said he plans to spend part of his summer in Fresno.
“We do plan to come out quite a bit. Fortunately, we have (my son) Michael, and we have our other managing general partner Jim (Coufos), being from California, gives us that connection. Ongoing, I think you will see a lot of Coloradans come back and forth.”
Baker called the sense of community the best part of opening a minor-league team.
And his favorite baseball memory?
“Opening Day at Coors Field (in downtown Denver). Any Opening Day, which I think is most exciting.”

Coufos Back in the Game

For Coufos, an ownership piece of the Grizzlies restores his stake in owning a team in the Golden State. He used to own part of the High Desert Mavericks in the California League.
Problems with the stadium lease and the city of Adelanto doomed the future of that team. In an arrangement with Minor League Baseball, the Cal League contracted the High Desert and Bakersfield franchises when the Carolina League expanded by two teams.
Coufos said Minor League Baseball facilitated the sale and transfer of the team. He added that the relationship with Fresno’s municipal government is much better than his prior experience.
The Orange County resident made his living in finance, retiring from Goldman Sachs in 2015. In addition to owning baseball teams, Coufos is involved in a number of southern California charities.

While the Astros (the Grizzlies’ World Series champion parent club) train in Florida, the home opener for Fresno is April 10. As with all Tuesday games, the team will play as its alter-ego, the Fresno Tacos.
The club, known for its award-winning promotions, already set the baseball word buzzing when it announced its Coming to Fresno promotion for June 21. The promotion honors the 30th anniversary of the movie “Coming to America.” The team will wear special uniforms, playing as the Zamunda Lions. “Bit Micks” will also be sold at the concession stand.