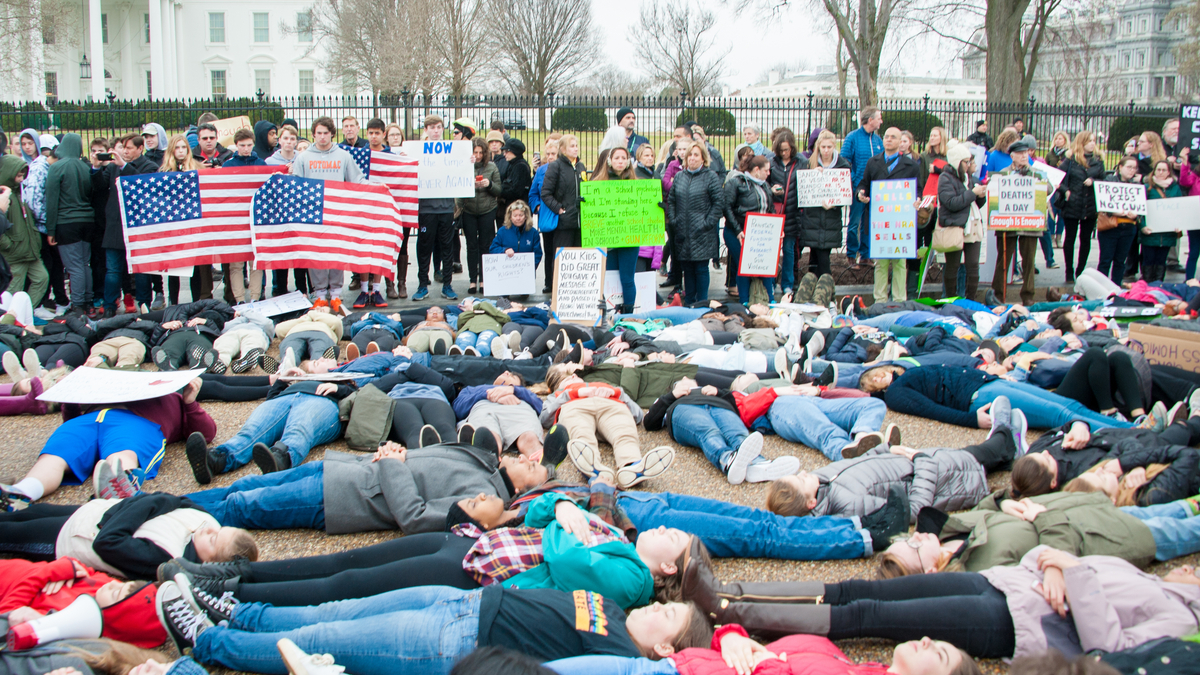 Perhaps many of us were wrong about Newtown in December 2012. That’s when we thought the mass shooting of 6- and 7-year-old children in Connecticut would translate into the seminal moment for change as we plod interminably through the polarizing gun debate.

We thought Capitol Hill Republicans and Democrats alike would unite behind a bipartisan plan to at least expand universal background checks or even, believe it or not, ban those troublesome assault rifles.
None of that happened.
Now, fast-forward to Parkland, Florida., on Valentine’s Day. This time, the mass shooter targeted 14- to 18-year-olds. The elementary-school children who survived the Newtown shooting really weren’t old enough to express themselves. The Parkland student survivors are different.
We have seen many of those students — mostly white with a smattering of Hispanic and black participants — out front and center, ready, willing and able to be catalysts in the gun-control debate. Their ability to articulate their beliefs and goals is truly impressive; their vocabulary is on par with that of lawyers or professors or scientists.

Is This ‘the Moment’ for Gun Control Supporters?

We sense the outspoken students at Marjory Stoneman Douglas High School are primed for a movement. Perhaps this will be that moment that launches a bold, new frontier as those students display an anger of righteousness.

These young people are members of what’s being called the “Mass Shooting Generation.”
The date April 20, 1999, proved to be the PowerPoint in this presentation. That’s when two students, using semi-automatic weapons, killed 13 people and wounded 20 others at Columbine High School in Littleton, Colo.
That was the prequel. That’s when Americans were shocked and saddened by a new awakening. That day started a new generation — 19 years ago.
Think about it. That means all of the Parkland students, from birth, have witnessed and/or read about mass shooting after mass shooting their entire lives. That’s their generation.
Said Kasky, “The attention is on us now.”

The Generations Before Them

NRA Is the Elephant in the Room

All of this, of course, brings us to the woolly mammoth in the room — guns, the National Rifle Association and blind loyalty.
The implication obviously is that the NRA — probably the most powerful lobbying group in the country — essentially buys the silence of our Capitol Hill politicians, especially Republicans. Millions in campaign donations. As they say, follow the money — and the AR-15 assault rifle.
Democrats lay blame on assault rifles and the laws; Republicans lay blame on mental illness and the FBI.
It’s noteworthy that in some pro-gun, Republican states, such as Oklahoma and Texas, there has been a grass-roots movement to eradicate signs at schools and churches that read, “This is a gun-free zone.” And replace them with signs that read, “We are heavily armed — any attempt will be met with deadly force.”
However, one major Republican donor is bucking the usual party line. Florida-based Al Hoffman Jr. wrote to Republican politicians in an email that was obtained by the New York Times: “I will not write another check unless they all support a ban on assault weapons. Enough is enough!” Hoffman, a real-estate developer, told the Times, “It’s the end of the road for me.”
As Kasky, the high-school junior from Parkland, iterated, “You’re either with us or against us.”
About the Writer
Gregory Clay is a Washington columnist and a former editor for McClatchy-Tribune News Service. He wrote this for InsideSources.com.