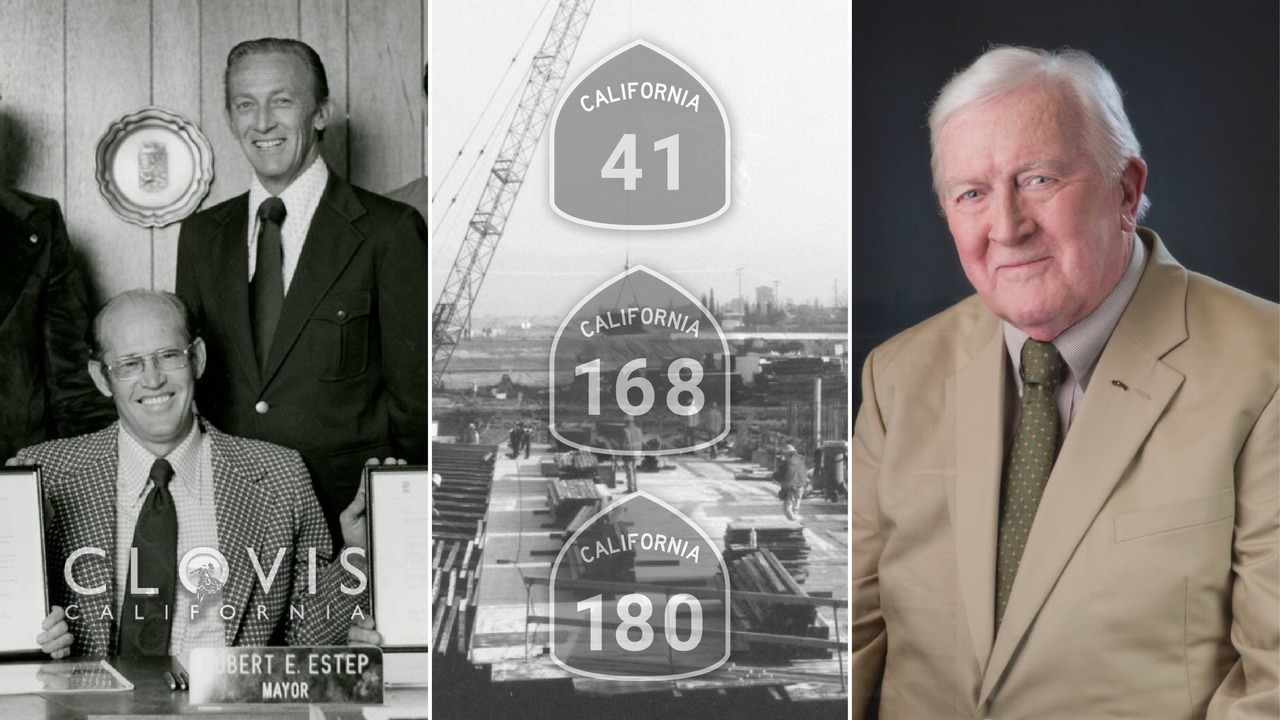 They teach you right away in the news business to never say “never.”
But I write with complete confidence that there will never be another politician like William “Harry” Armstrong.
Most of that is because of Harry. A little of it is because of changing times.

Armstrong took the long view. He knew that you built freeways and strengthened downtowns inch by inch. Not overnight. And certainly not with elusive silver bullets. He believed that facts mattered. Policy mattered. And so did relationships.

He began his public service to Clovis long before Twitter, Facebook and the popularity of term limits. Can you imagine Clovis thriving the way it is today if term limits had forced Harry Armstrong into two terms and done?
Armstrong could have climbed the political ladder — Board of Supervisors, state Assembly or Senate — but his heart belonged to Clovis (and to the surrounding communities, even that much-bigger, more-challenged place he called “the city to the west.”


Armstrong took the long view. He knew that you built freeways and strengthened downtowns inch by inch. Not overnight. And certainly not with elusive silver bullets. He believed that facts mattered. Policy mattered. And so did relationships.
And yet Harry was something of an anomaly in the conservative cowboy town that grew into a prosperous suburb while keeping its rugged identity. He was a union member and a Democrat.
What should that teach all of us, Republican and Democrat alike? Judge a person by his or her accomplishments, not by labels.

His Handprints Are All Over Clovis — and Beyond

When you serve four years on a planning commission and 46 years on a city council like Armstrong did, with five stints as mayor, your handprints are all over town.
“He touched everything in the city of Clovis that we enjoy today,” Councilmember Lynne Ashbeck said at a Jan. 23 council meeting five days after Armstrong’s death at age 87.
“I don’t think the regular person has an appreciation for why these freeways show up and why Old Town looks the way it does. All of that was empowered by Harry. There will never be another person in the city like that. We were lucky to call him a friend and a colleague.”


“I don’t think the regular person has an appreciation for why these freeways show up and why Old Town looks the way it does. All of that was empowered by Harry.” — Clovis City Councilmember Lynne Ashbeck
But people should know that Armstrong’s vision, tenacity and professionalism benefited more than Clovis.
“Harry was a force to reckon with, when you start messing with things that were important,” said Assemblyman Jim Patterson, who as the mayor of Fresno worked closely with Armstrong on Highway 41 and Highway 168.
“I remember a fun wrestling match with (Councilman) Bob Lung, who was on the warpath to kill 168. Harry was instrumental in helping me to put a little sense in Bob Lung. Lung was going around saying, ‘This is an escape freeway from Fresno.’ Harry’s line was, ‘Bob, in case you haven’t noticed, that freeway goes both ways.’ ”

Armstrong’s ‘Side Was Going To Prevail’

Former Fresno County Supervisor Henry R. Perea got to know Armstrong during the effort to complete Highway 180.
“The guy was so solid in his resolve to get it done,” Perea said. “He had his vision, always did homework, always had his support lined up before a vote. Always very nice. He let every side be heard, but as far as he was concerned, his side was going to prevail.”
Neither Clovis nor Fresno is perfect. No city is. But one of the great things about our area is that you can get from Point A to Point B a lot faster than in other big places.
“That’s a testament to Harry,” Patterson said. “He had a bigger vision than just Clovis. His whole goal was to do precisely what we have now.”


Remembering Harry Armstrong Public Ceremony
When: 11:30 a.m., Thursday, Feb. 15
Where: Clovis Veterans Memorial District
Afterward: Announcement that Highway 168/Herndon Avenue interchange will be named in Armstrong's honor.
I first met Harry in the mid-1970s. He was on the Clovis City Council. I had a journalism instructor at Fresno State that would send us out to cover the meetings. We would write up stories that got graded but not printed. Harry treated all of us cub reporters with respect. He answered our questions and told us where to find additional information.

He was a mentor to many politicians but didn’t suffer fools or attention-seekers gladly. In Clovis, city council work is considered a part-time position. Armstrong never treated it as such. He was always working, gathering bits of information he would use to his advantage. Maybe not that day or tomorrow. But someday.
Armstrong understood that you don’t get big things done by yelling or stomping your foot. You arm yourself with the facts, recruit others to your side and clear the obstacles. And if you don’t prevail the first time, well, you will the next.
His nose-to-the-grindstone ethic made Clovis, Fresno and other communities better.
Fresno Mayor Lee Brand said it perfectly after Harry’s passing:
“Politicians came and went. Fashions changed. But one thing remained constant — Harry Armstrong. He was truly one of a kind and he will be missed.”

I Saw Devin Nunes at World Ag Expo. Did You?

They Put the 'World' in World Ag Expo