Shame on Turkey for Trying to Stifle U.S. Free Speech 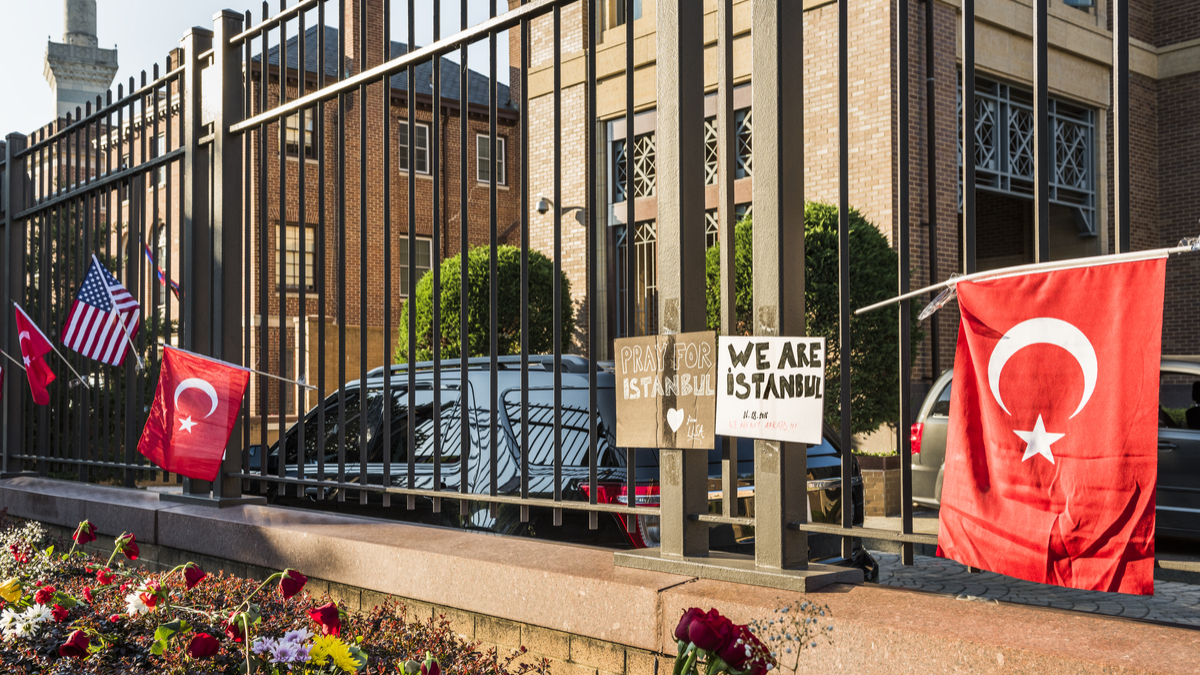 The Turkish government’s sweeping attempts to muzzle dissent and opposition of the ruling party among its citizens has been largely successful. Perhaps emboldened by this success, the Turkish government has seen fit to export its practices to the United States.
Just weeks before the start of the prestigious international conference in November of the American Society of Criminology (ASC) in Philadelphia, officials from the Turkish Embassy tried to intervene and strike from the conference agenda panels — including my own and others that would reveal the truth about Turkey’s politicized and corrupt criminal justice system and its arbitrary and inhumane application. The papers in question were based on data and objective empirical research.

Fortunately, the ASC conference committee had the wisdom and will to reject the embassy’s thoughtless, disrespectful and illegitimate demand. The Philadelphia police provided great security and protection to prevent incidents of excessive and illegal use of force against civilians that happened in Washington just months ago.
The question is, how dare can the Turkish Embassy to meddle in academic affairs and academicians in a city that has been historically a welcoming home for “immigrants fleeing political turmoil, persecution …”?!

From time to time, the Turkish government confuses Turkey with the United States in terms of jurisdiction. Let us remember that President Recep Tayyip Erdogan’s security forces dared to use excessive force against civilians in Washington, injuring several people. Just a few months later, Erdogan’s bodyguards used physical force against U.S. protesters on U.S. soil. One American politician described the bodyguards’ action as “thuggish behavior” and reminded them that their intervention was illegal in the United States.
The Turkish government also confuses the criminal justice and judiciary systems in Turkey with their counterparts in the United States. In the United States, both systems function properly, the judiciary is independent, and a distinction is made between criminals and noncriminals. Suspects in the United States are not jailed and detained arbitrarily for a few years (or more) without evidence that a crime was committed. Due process is accorded to suspects, who are considered to be innocent until proven guilty on the basis of real evidence. In other words, evidence is sought and obtained before — rather than after — a suspect is detained.
Turkish officials — especially those who are assigned to represent Turkey on U.S. soil — need to be made aware that the First Amendment to the U.S. Constitution protects “freedom of speech, or of the press; or the right of the people peaceably to assemble.”

Freedom of Speech Is Repressed in Turkey

The Turkish Embassy’s attempt to thwart free speech in the United States is, on some level, understandable, given that such freedom does not exist in Turkey, as an Amnesty International report points out. The report further notes the inhumane treatment — including torture and rape — of detainees.
What the Turkish government apparently fails to realize is the independence and nonpolitical nature of the judicial system in the United States; therefore, political intervention and obstruction do not work in that system. If you are proven guilty, you cannot escape justice. You can run, but you cannot hide (forever) from the American justice system.
I hope that officials in the Turkish Embassy have learned an important lesson: Constitutional rights, such as freedom of speech and expression, cannot be prevented arbitrarily and for political reasons in the United States. I hope that they also have learned the folly of trying to impose their authority on another country’s sovereignty.

Zakir Gul is an associate professor at the State University of New York in Plattsburgh. He wrote this for InsideSources.com.
Related Topics:bodyguardscriminologistsD.C.Erdoganfree speechPhiladelphiaprotestersturkeyTurkish EmbassyWashington
Up Next

When Millennials Take Over, What Will U.S. Politics Look Like?