Will Fresno Get $20 Million for Homeless From State Budget Surplus? 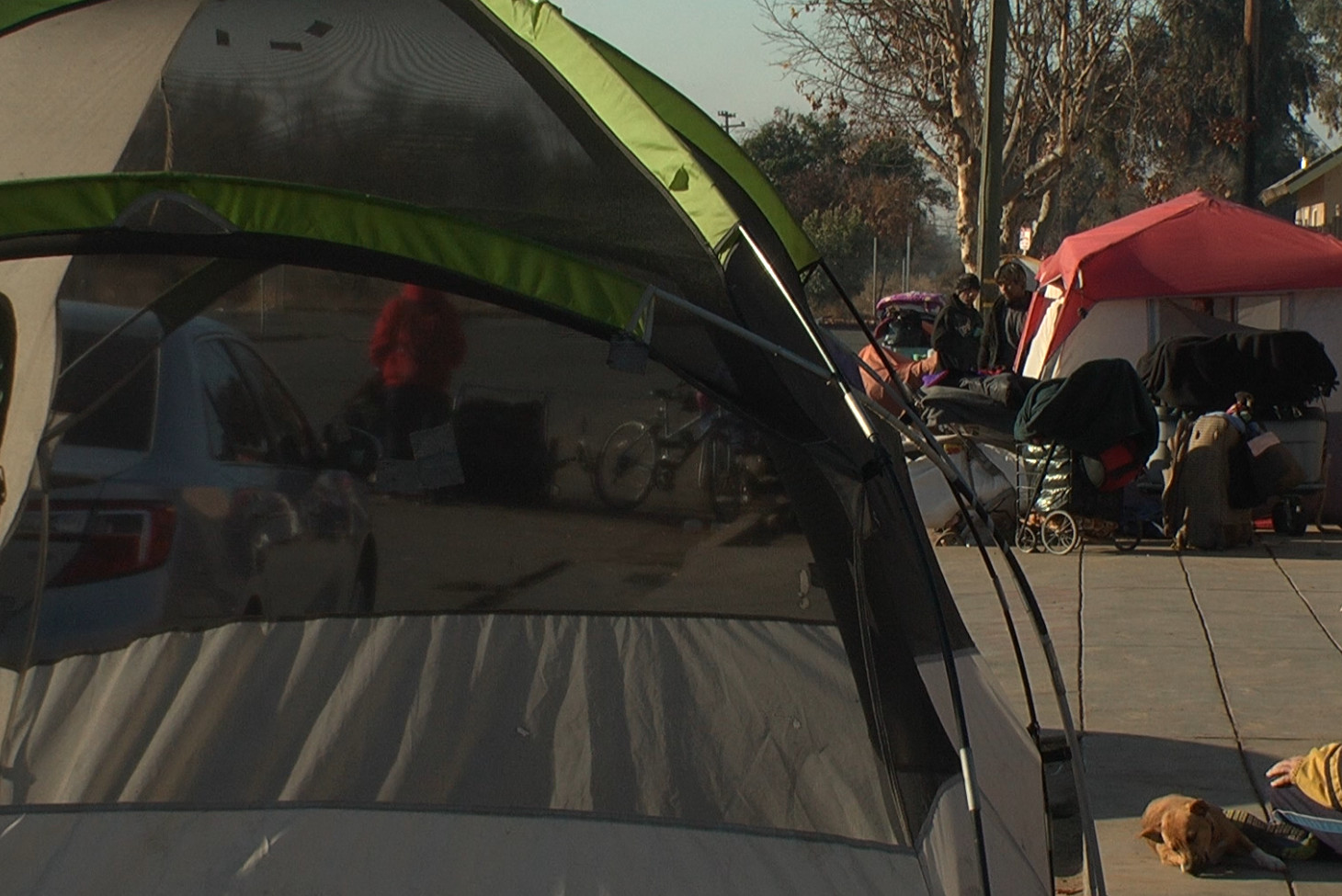 Mayor Lee Brand delivered the keynote speech to the Fresno Area Hispanic Foundation’s monthly breakfast Wednesday (Jan. 31). He touted his first-year accomplishments (Rental Housing Improvement Act, Citizens’ Public Safety Advisory Board) and said Business Friendly 2.0! is his top priority for 2018.
Brand also said he will partner with other California big cities to sponsor a bill in Sacramento seeking funding from the state’s budget surplus to help the homeless. Brand estimates Fresno could get up to $20 million for things like temporary and permanent housing.
The mayor also took a page from Councilman Steve Brandau’s playbook and belittled those who opposed the recently-approved Caglia industrial park project. Brand was slightly more diplomatic, however.
“There are forces out there who are always working against what we are trying to do,” Brand told the group. “Some of the motives were good. Some were basically self-perpetuation.”
“What do they want? Mitigation? They want money,” Brand said with a shrug.
Brand also discussed Recharge Fresno, the city’s water infrastructure projects to help store more of the precious resource.

State Sen. Andy Vidak (R-Hanford) touted on social media the defeat of a bill that would have banned Styrofoam at take-out restaurants. A photo shows him holding such a cup on the Senate floor.
The Los Angeles Times reported this is the second year in a row the bill failed to pass out of the Senate.

I was proud to help kill SB 705, which would have banned styrofoam and plastics being used in to-go food containers. I listened to Sen. Hueso & the Democrat leaders this morning as they spoke in favor of this job killing bill, but unlike my cup – their arguments don’t hold water! pic.twitter.com/L8UOf0c0cj

“Just as we saw with the plastic bag ban, which took several years to enact, it takes time to get people comfortable with this type of change,” Sen. Ben Allen (D-Santa Monica) told the paper. “But we obviously need to spend more time educating my colleagues on the damaging impact of Styrofoam on our coastline.”
Allen says he will try again next year. 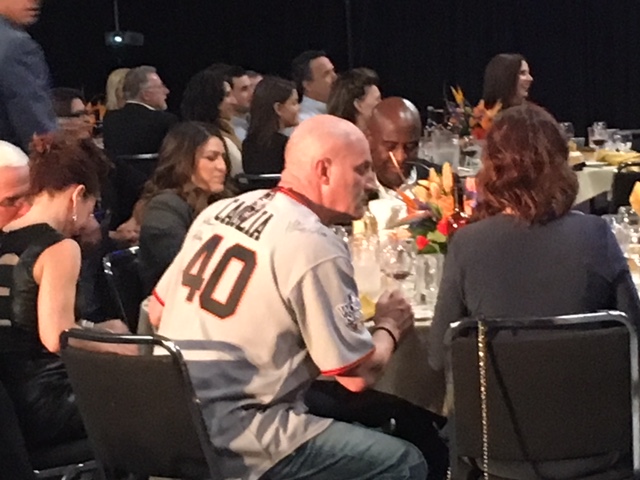 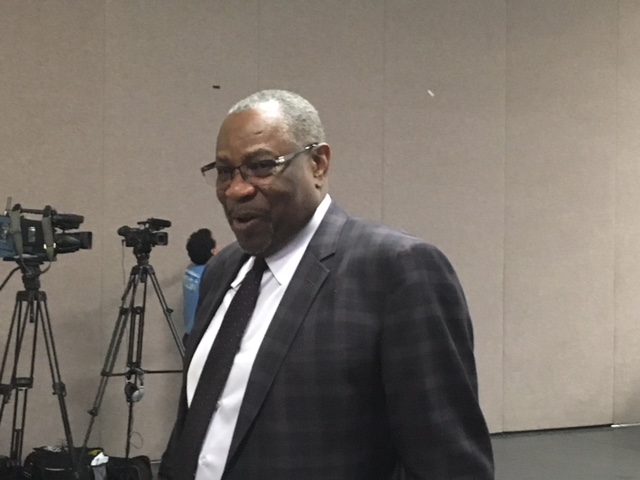 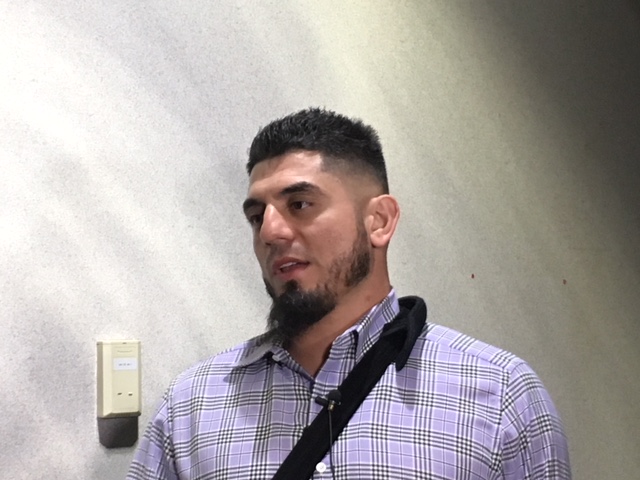 Baseball season is almost here. As evidence: the Fresno Grizzlies held the 57th annual Hot Stove dinner.
Dusty Baker — with 242 career home runs as a hitter and 1,863 victories as a manager — headlined the event that drew a full crowd to the Fresno Convention Center, including some politicians.
Fresno City Council President Esmeralda Soria sat at the table of team owner Chris Cummings. State Center Community College District Trustee Richard Caglia joined them. He may have been the only person that evening wearing a baseball jersey (funny, I don’t recall a Caglia ever playing for the Giants.)
Other political types included Fresno County Supervisor Sal Quintero, and members of Mayor Lee Brand’s staff (but I did not spot the mayor himself).
Regarding Cummings: He is still technically the owner, despite the announcement of the team’s sale last year. The team says the sale has yet to be completed, but no one is panicking.

More details about the proposed southwest satellite campus of Fresno City College will come to light at Tuesday’s SCCCD Board of Trustees meeting (Feb. 6).
The board will be asked to approve Fresno firm SIM-PBK for a $5 million architecture contract. That comes from a staff recommendation over these other finalists: Darden Architects, Paul Halajian Architects, and PMSM Architects.
In closed session, the board will negotiate with TFS Investments, LLC, over property at 2423 S. Walnut Ave., the site of the new campus. TFS, a Fresno development firm, is led by CEO Terance Frazier.
Other parts of the land still have to be negotiated with the Shehadey family, best known as the owners of Producers Dairy.
A source familiar with the negotiations tells GV Wire that for every acre State Center purchases, the TFS/Shehadey group will donate an acre. The purchase price has not been revealed.
SCCCD will also decide whether to add $27 million in contingency funds for the project.
According to a bond status presentation scheduled for the meeting, the southwest campus is scheduled to be completed in 2022.
Funding will come from the half-billion-dollar Measure C bond passed by voters in 2016. Cap-and-trade funds are also designated for the project.

Jim Verros announced his resignation as editor-at-large of CV Observer, another fine digital publication covering Valley politics.
Since Politics 101 deals in facts, here are the numbers: Verros published seven stories under his byline in seven months. That includes one of his coming, one of his going, and one about me.
Guillermo Moreno, former Republican Party state official, and most recently evening host on Power Talk 96.7, takes over in Verros’ role. I’m confident we’ll read more timely and relevant stories about the happenings at 2600 Fresno Street.