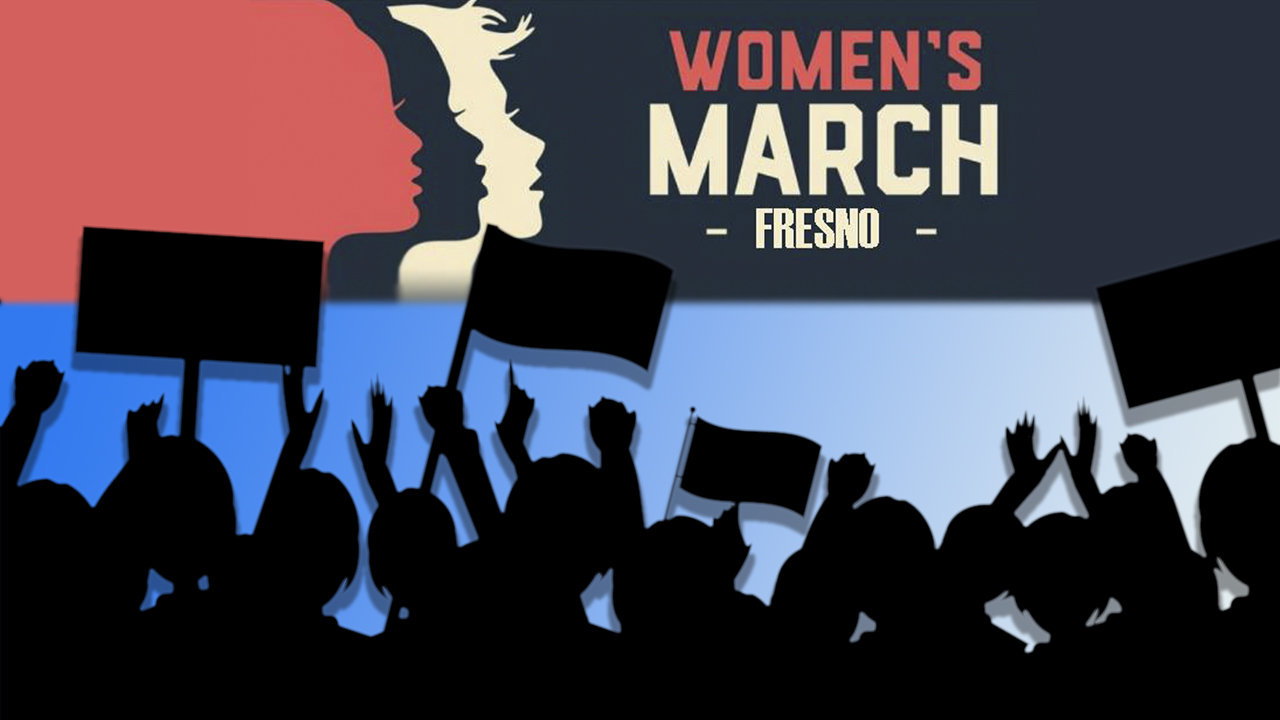 Organizers for the Women’s’ March Fresno unveiled its list of scheduled speakers before Saturday’s noon march, which starts at Fresno Street and Nees Avenue.
The 18 scheduled speakers included Dolores Huerta, a legend in the labor movement as co-founder of the United Farm Workers; LGBT activist Robin Johnston McGehee; and Pat Brown, Central Valley leader of Hillary for America. A full list can be found here.
The theme is “Hear Our Vote.”
“People need to get to the polls if they want to make a difference,” says parade organizer Kim Slavan.
Slavan says the event is non-partisan, despite the apparent leanings of those on the speaker list. Slavan says any point of view is welcome.
“No Republicans or conservatives reached out to us. We are not allowing anyone to use this march as a political platform,” Slavan told GV Wire. She said she did not reach out to any Republicans or conservatives herself, either.
Linda Dubbels, president of the Fresno County and City Republican Women Federated, agrees no one asked them to participate.
“Nobody reached out to us. I don’t know any of our members that are participating,” she tells GV Wire.
UPDATE [1:15 p.m.]: Martha Kistler, who is involved with both the Fresno County Republican Party and the Republican women’s group, says Slavan did reach out to invite her. But, Kistler says Slavan did not necessarily know about her GOP affiliations. Kistler says she often attends Democratic events as well.
But, it may not matter anyway, Kistler said she’s not going.
“What would it accomplish?” she asked.

Brian Whelan will announce his candidacy for Fresno City Council with some top-level support.
Scheduled to be at his news conference today are Mayor Lee Brand and current councilman Clint Olivier.
Whelan joins the District 7 race to replace Olivier, who is in his second and final term.
The attorney‘s prior political experience came in 2012 when he challenged Jim Costa for U.S. Congress and lost, 58%-42%.
Other candidates include Fresno County Board of Education trustee Nelson Esparza, and healthcare advocate Veva Islas.

Someone left an effigy of Fresno councilman Steve Brandau in his parking spot at City Hall on Tuesday morning. Brandau posted an image on his Twitter account, showing the cut-out of the councilman’s face underneath a blanket and shoes.

Brandau took heat from homeless advocates after his homeless camping ban passed last year.
One advocate didn’t appreciate Brandau’s cavalier reaction. Ashley Werner with the Leadership Counsel for Justice and Accountability, tweeted “@stevebrandau does our whole city a disservice by treating homelessness – and this city’(s) lack of affordable housing – as a joke.”

@CityofFresno councilmember @stevebrandau does our whole city a disservice by treating homelessness – and this city’s lack of affordable housing – as a joke. 74% of low income and 53% of all city residents are housing cost burdened. Taxpayers deserve reps who work for solutions. https://t.co/JPS4QWFu2x

Gov. Jerry Brown announced the re-appointment of Linda Mae Balakian Hunsucker to the Big Fresno Fair Board of Directors. The Democrat has served on the board since 2014.

The LA Times reported a revised cost estimate for High-Speed Rail, at an increase of $2.8 billion. The Times writes:
“[I]ncreases were mainly driven by problems including higher costs for land acquisition, issues in relocating utility systems, the need for safety barriers where the bullet trains would operate near freight lines and demands by stakeholders for the mitigation of myriad issues.”
The board also hired a new chief executive, Brian Kelly, formerly the state transportation director.

Pro Wrestling's Most Iconic Moment Happened in Fresno 20 Years Ago. And It Featured Mike Tyson