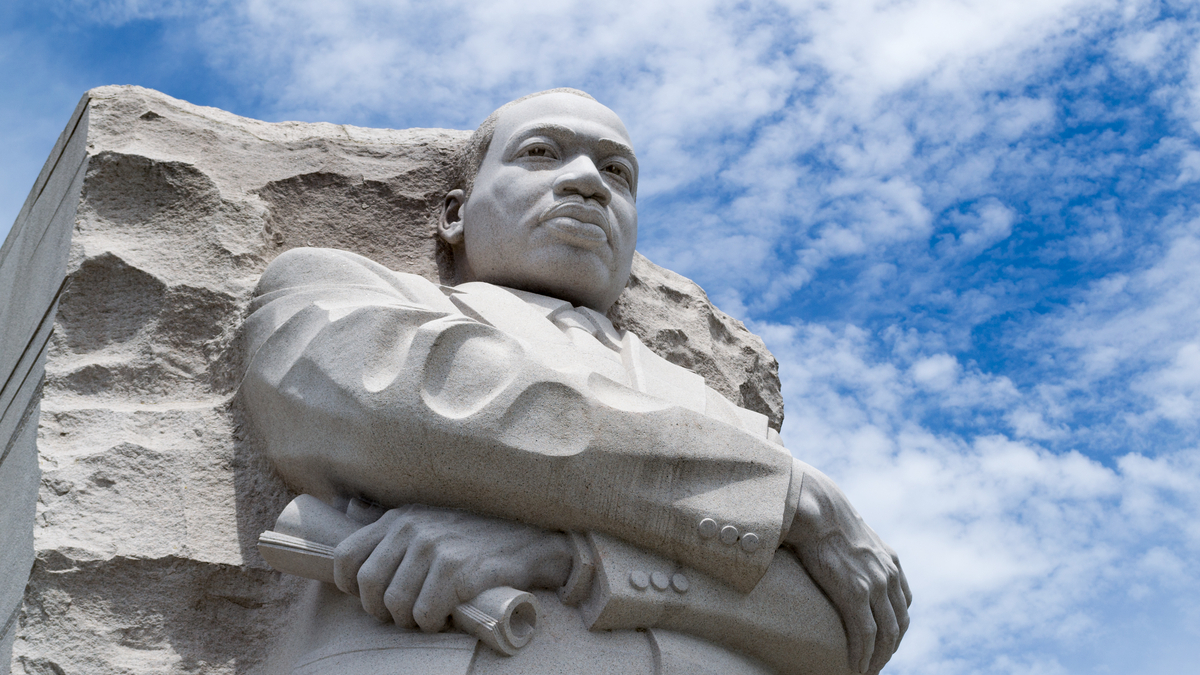 Fifty years ago, one of America’s key civil rights leaders — the Rev. Martin Luther King Jr. — was assassinated outside the Lorraine Motel in Memphis, Tennessee. As we honor King’s legacy on the Monday, Jan. 15 federal holiday, the quiz below, from the Ashbrook Center at Ashland University in Ohio, provides an opportunity to test your knowledge of the civil rights leader.
1. The Rev. Martin Luther King Jr. identified what man as the major influence on his “Social Gospel” theology?
A. Reinhold Niebuhr
B. Edgar Brightman
C. Walter Rauschenbusch
D. Paul Tillich
2. In 1960, King became pastor of which church?
A. Wheat Street in Atlanta
B. Dexter Avenue Baptist in Montgomery
C. 16th Street Baptist in Birmingham
D. Ebenezer Baptist in Atlanta
3. What was King’s given first name at birth?
A. Martin
B. Montgomery
C. Michael
D. Luther
4. King told an interviewer that if he were marooned on a desert island with only one book other than the Bible, he would choose what book?
A. Karl Marx’s “The Communist Manifesto”
B. Frederick Douglass’ “Narrative of the Life of Frederick Douglass”
C. W.E.B. Du Bois’ “The Souls of Black Folk”
d. Plato’s “The Republic”
5. The first president of the Student Nonviolent Coordinating Committee was what man?
A. Marion Barry
B. John Lewis
C. James Lawson
D. Stokely Carmichael
6. In 1966, King rented an apartment in which city to protest ghetto conditions there?
A. Los Angeles
B. Chicago
C. New York City
D. Detroit
7. Who was not a member of the “Big 6” of the civil rights movement?
A. Whitney Young
B. Bayard Rustin
C. A. Philip Randolph
D. Roy Wilkins
8. Which famous singer reportedly urged King to “tell them about the dream” during his March on Washington speech?
A. Nina Simone
B. Ella Fitzgerald
C. Marian Anderson
D. Mahalia Jackson
9. Which civil rights leader died on the eve of the March on Washington?
A. Charles Hamilton Houston
B. W.E.B. Du Bois
C. A. Philip Randolph
D. Langston Hughes
10. In 1958, King referred to which political figure as possibly the most dangerous man in America?
A. J. Edgar Hoover
B. George Wallace
C. Richard Nixon
D. Barry Goldwater
Answers: 1-C, 2-D, 3-C, 4-D, 5-A, 6-B, 7-B, 8-D, 9-B, 10-C
ABOUT THE WRITER
Peter Myers is a professor of political science at the University of Wisconsin-Eau Claire and a member of the Ashbrook Center’s Master of Arts in Political Science and Government program faculty. He wrote this for InsideSources.com.