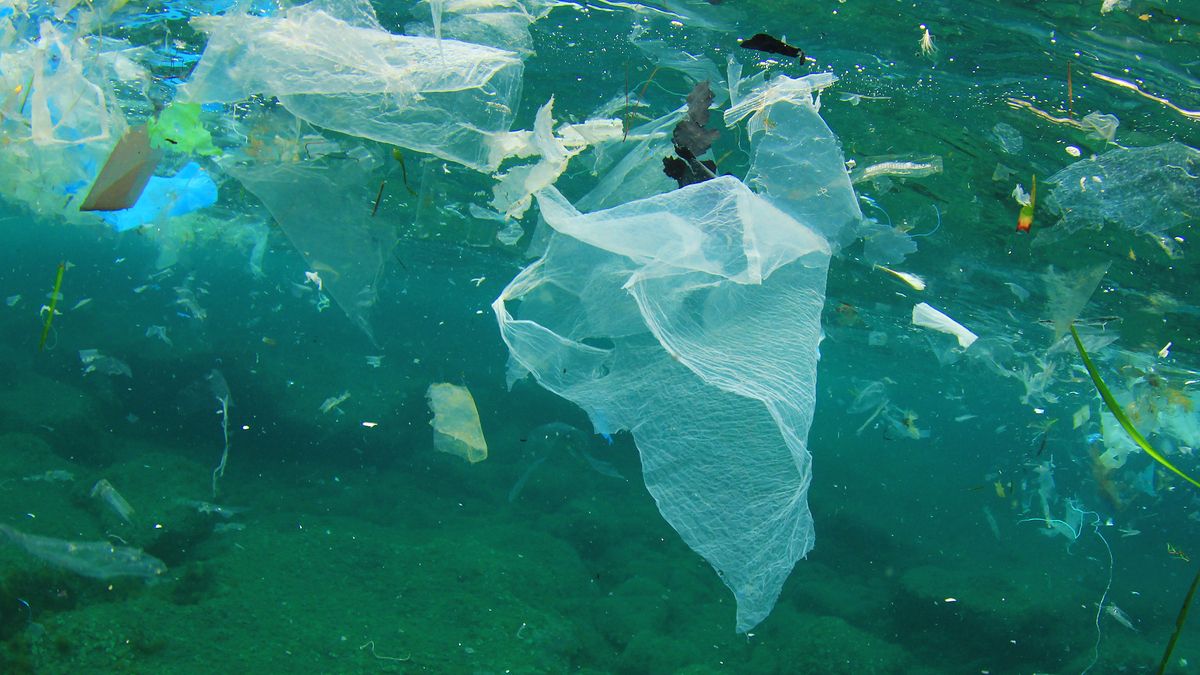 Is California’s statewide plastic bag ban working?
The proponents enthusiastically say yes.
But it’s impossible to determine what grocers are doing with the 10 cents they’re collecting for every paper bag they sell.
Initially passed in 2014 as SB 270, most grocery stores could no longer give away plastic bags. Only recycled plastic bags meeting certain environmental standards and paper bags would be allowed. Plus stores would charge a minimum of a dime per bag. The law mandated that the recycled plastic bags shall be constructed to be used 125 times.
Moreover, the law goes beyond just grocery stores. Pharmacies, convenience stores and liquor stores are included. Local cities and counties could impose tighter restrictions, but that hasn’t been done in  Fresno and the Central Valley.
San Francisco became the first city to set local rules, passing a bag ban in 2007.

The law’s implementation was delayed until a statewide referendum (Proposition 67) in November 2016, pushed by plastic bag producers. Voters kept the law, with 52% in favor.
Many local jurisdictions already had a ban, making the statewide ban moot in those areas. But for places like Fresno, the decades-old grocery store practice of bags at no extra charge ceased. Most of the local jurisdictions banning bags were in southern California, the Central Coast or the Bay Area; none was in the Central Valley.


“The bag ban has been a clear win for our environment and our economy, as less taxpayer dollars are spent cleaning up pollution and litter caused by plastic bags.” — California Secretary of State Alex Padilla
The California Grocers Association, the trade group representing grocery stores, supported SB 270. One reason was to have a uniform bags standard across the state.
“Since its implementation one year ago, the grocery industry has seen little change resulting from the statewide law regarding carryout bags. When the law went into effect there were already nearly 150 California cities and counties (almost half of the state’s population) that had implemented their own ordinance,” said Ron Fong, President/CEO of the CGA.
“Because of this, many Californians understood their options well before the law came into effect statewide. This allowed both consumers and stores to quickly adjust to the new process — with many shoppers choosing to bring their own reusable bag with little fanfare and many grocers already having systems in place to comply with the law.”

Praise for the Law

But the lack of record keeping does not bother the bill’s author, Alex Padilla, now the California Secretary of State.
“The bag ban has been a clear win for our environment and our economy, as less taxpayer dollars are spent cleaning up pollution and litter caused by plastic bags,” Padilla said.
“California is quickly moving past the era of single-use plastic bags,” he continued. “For too long, plastic blight plagued our coastline and inland communities alike. These bags wreak havoc on our ecosystems, threatening wildlife and California’s natural beauty.
Mark Murray is executive director of Californians Against Waste, which supported Prop. 67. The group is happy about the early results.
“Overall, this was a big transformation. A state of 39 million people went from having single-use plastic grocery bags that they’ve had for four decades to now moving to reusable bags, recycled paper bags. The transition has gone quite smoother than many of us thought,” Murray said.
California Manufacturers & Technology Association opposed Prop. 67, but declined to comment on its effectiveness one year later.

Many of the plastic bag ban supporters pointed to statistics provided from the annual Coastal Cleanup Day as proof of the ban’s effectiveness.
In 2010, volunteers picked up 65,736 bags in and around beaches. That was the No. 2 item collected.
Seven years later in 2017, 11,847 were found, falling to No. 10 on the list.

One of the arguments used by Prop. 67 opponents was that grocery stores would profit from collecting a dime per bag.
Despite silence from the grocery store industry, Murray says that 10 cents is about what it costs to implement the reusable bag program.
He noted that customers used 35 million single-use plastic bags a day; now they don’t.
“Those single-use bags are gone,” Murray said.