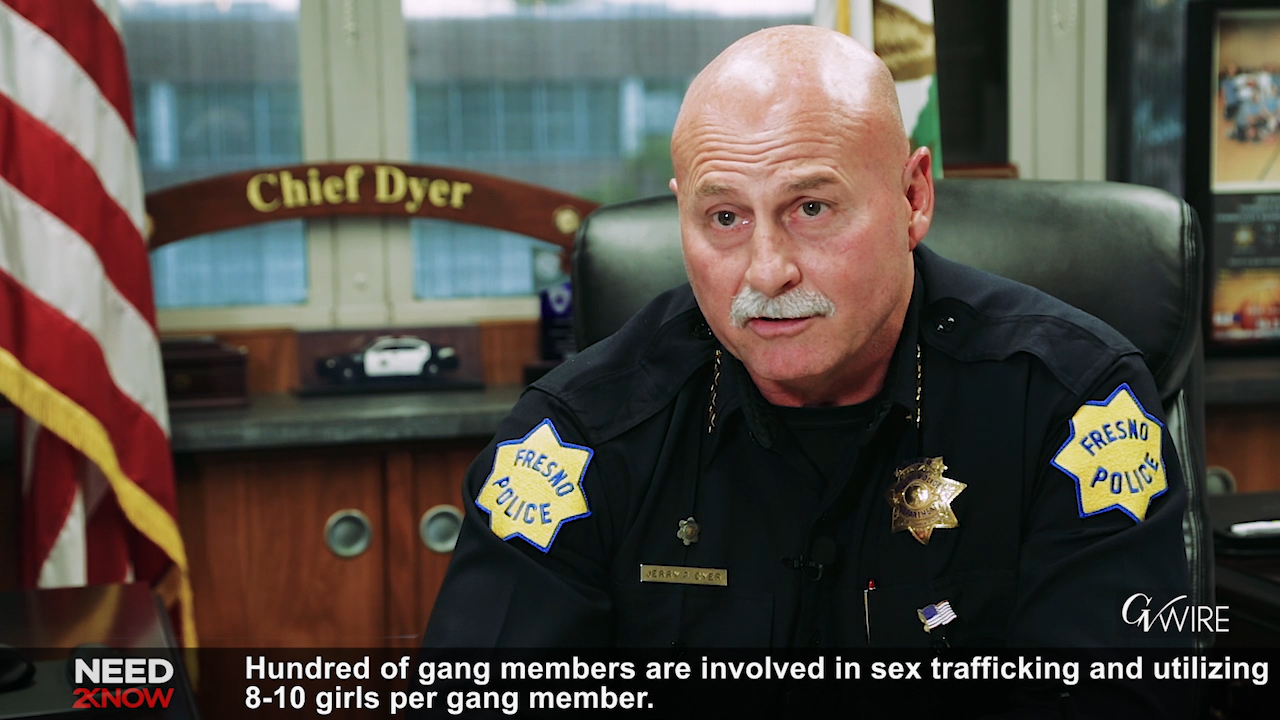 It’s unfortunate that many people think of prostitution as a “victimless crime.”
In an interview with GV Wire, Fresno Police Chief Jerry Dyer details the horrors of sex trafficking: the punishment that pimps inflict on prostitutes — nearly all of who have been forced into the illicit trade — and how sex trafficking has supplanted drugs as the No. 1 profit center for criminal gangs.
Through wiretaps of Fresno’s Dog Pound gang, Dyer said, police learned that gang members were pimping out eight to 10 girls each. Each girl, Dyer said, earned “around $5,000 a week” for her gang member pimp.
Women who fail to turn over large amounts of cash are beaten and not allowed to see their children or other family members, the chief said.

“Sex trafficking is something that can occur in every home. It doesn’t matter if an individual is affluent or from a poor neighborhood.” — Fresno Police Chief Jerry Dyer

“I’ve never found a prostitute that had a desire to work the streets,” Dyer said.
How then are girls and young women forced into prostitution?
“Twenty-four hours a day, seven days a week, gang members are out there on social media looking for individuals that they can prey on,” Dyer said. “Sex trafficking is something that can occur in every home. It doesn’t matter if an individual is affluent or from a poor neighborhood.”

We asked the chief if he had anything to say to the men (commonly called “John’s”) who hire prostitutes.
“John’s are furthering gang activity in our community,” Dyer answered. “Gangs are making millions of dollars across the United States” from sex trafficking.”
Dyer said that his police department is mounting an all-out effort to rescue victims from the street, arrest their pimps and put together criminal cases that result in long prison sentences for human traffickers.
In Fresno, Dyer said, the willingness of victims to provide information and even testify against pimps has enabled the District Attorney’s Office to successfully prosecute cases and maximize prison sentences.