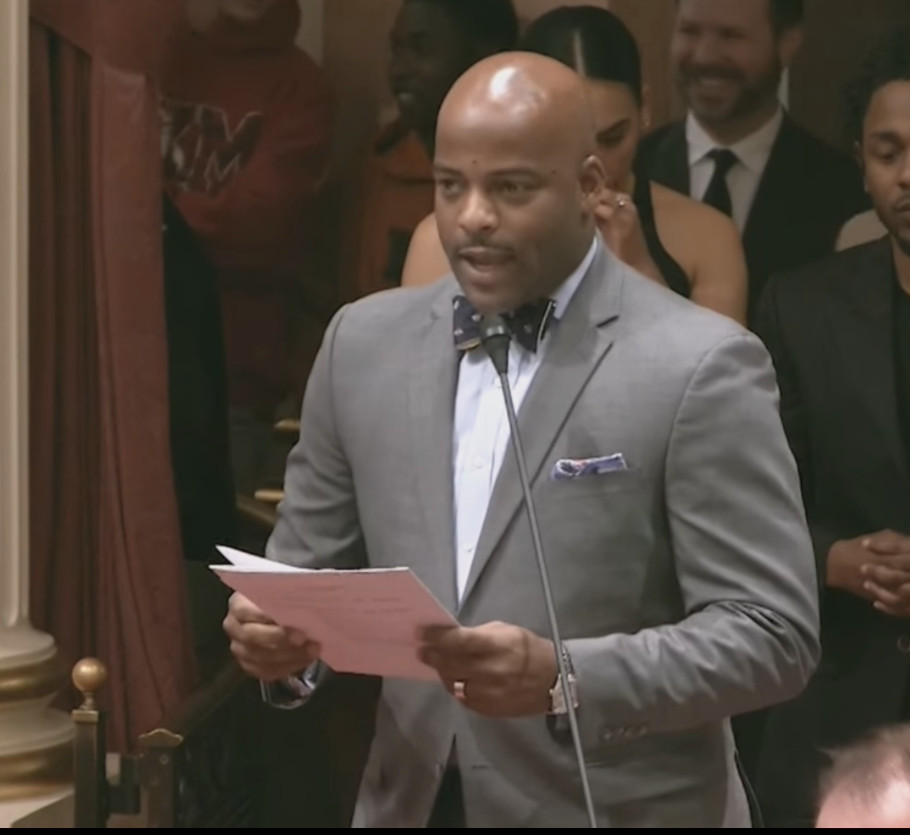 [This story has been updated with Isadore Hall’s statement]

State Senator Andy Vidak (R-Hanford) accused Agricultural Labor Relations Board (ALRB) member Isadore Hall of saying he “will use his position to ‘get’ several farmers who oppose his confirmation.”

Vidak sent a letter today (March 13) to Senate President Kevin de Leon, asking for a formal investigation and postponement of a floor vote on confirmation.

Hall was appointed to the board in January by Gov. Jerry Brown. The ALRB is designed to settle disputes between farmer employers and labor. He allegedly made the comments at the Sacramento Hyatt the night before his first confirmation hearing. The recipients of who heard it have not been disclosed, but Vidak in a letter writes they are reluctant to come forward out of fear of retaliation.

“If the reported conduct by Hall is true, he should not be confirmed and in fact be removed from the ALRB,” Vidak said in a released audio statement. “Using your position in government to get even with opponents is unconscionable and should not be condoned. We should never have to fear our government.”

Hall received his first confirmation vote on March 1 from the Senate Rules Committee. The full senate body will vote at an undetermined time to approve of his appointment. His appointment (of which he can serve up to one year without confirmation) has been opposed by the farming industry for among other reasons his lack of agriculture or labor dispute experience and his perceived bias. Others have objected because they feel Hall’s appointment is political patronage for an out-of-work politician.

Representing Compton in Sacramento, Hall served in both the assembly and state senate. In 2016, he ran for U.S. Congress but lost.

Senator Hall will not be commenting on these accusations.  I would like to point you to his testimony at his Senate Rules Committee confirmation hearing, which makes it clear that he will be fair and impartial, make sound decisions, and speak to growers and farm workers.

“I want you to know that I fully recognize these challenges and plan to confront them head on in an inclusive, methodical and transparent way that involves bringing all parties from business to labor together in order to find commonality, build consensus, and solve the problems that we no doubt will be confronting us on the board.  I hope that my record standing up serving as a voice for working families and also as one for business illustrates my deep desire to be fair and just and put the interest of the great people of California first.”