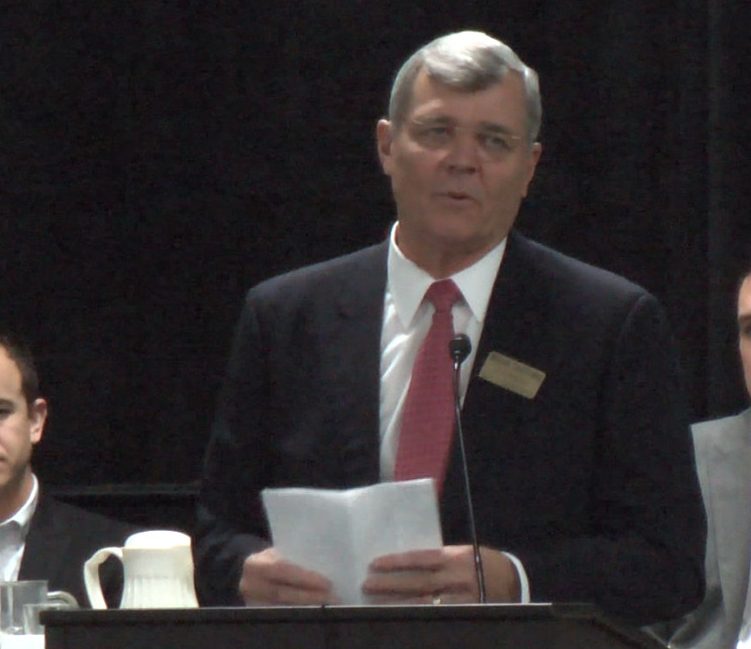 Bill Smittcamp knew that Valley Children’s Hospital was an important part of the community. But he never felt that he would make use of one of his philanthropic pursuits.

During a speech accepting the Leon S. Peters Award, Smittcamp recalls having to take his son to Valley Children’s after they were hit by a DUI driver. He was thankful they were able to keep his family together.

For 30 years, Smittcamp has served as President and CEO of Wawona Frozen Foods in Clovis. He also serves on many charity boards, including Children’s.

Talking for about 10 minutes, Smittcamp recalled that story, as well as the influence of former Peters winner and educational leader Pete Mehas. He spent much of his acceptance speech thanking his family.

Before the honor, Smittcamp talked with GV Wire. We discussed the difficulty of running a business in California, water, immigration, President Trump and whether Fresno should be a sanctuary city. Watch the video above.