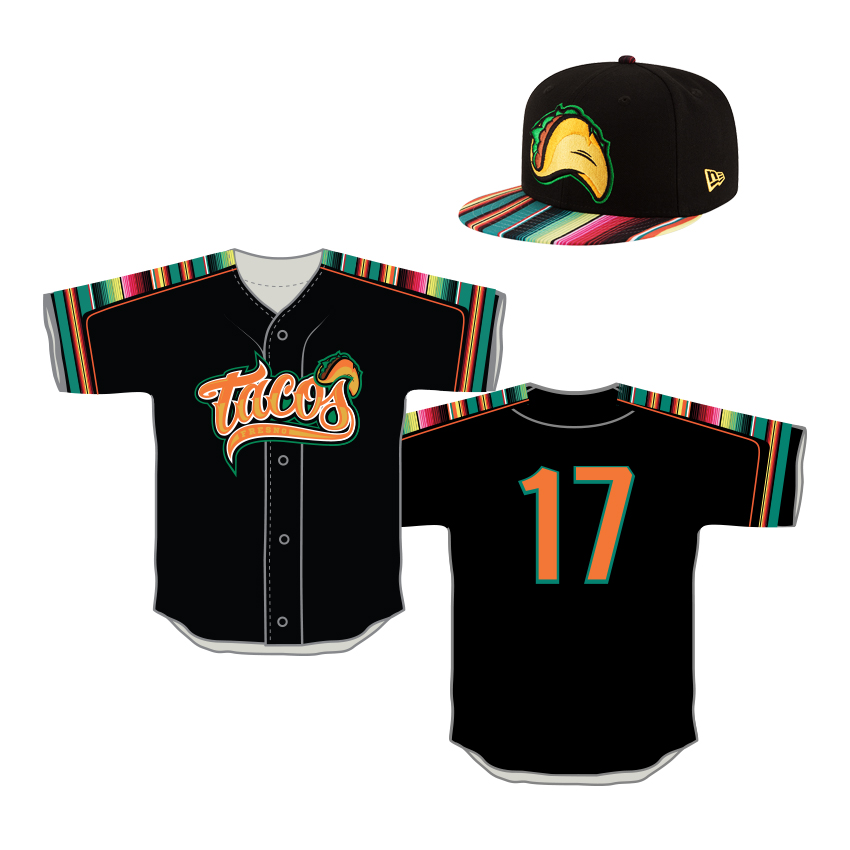 UPDATE (4:16p PT): Taco Bell responded to the Grizzlies offer, via an e-mail to GV Wire:

We believe in tacos for all – that includes the taco emoji. The real owners of the taco emoji are the fans, and that’s something that should never be bought.

It is the off-season at Chukchansi Park. The baseball diamond is dormant save for a few soccer games.

But Fresno is a town that loves their Tacos, and they will continue to do so in spring and summer Tuesday nights.

The Fresno Grizzlies announced they will continue to call themselves the tasty Mexican dish for Tuesday night home games for the third season in a row. They also introduced a black jersey. In the past, they have worn green or white tops. General Manager Derek Franks is proud of a burgeoning tradition.

“We continue to evolve that brand and continue to do more with it. We are very proud of it,” Franks tells GV Wire.

The team also announced the purchase the registration of the taco emoji for the internet for $5,000 from the Unicode Consortium. The group is a non-profit that helps maintain software standards. With the donation, the Grizzlies now own the mark in perpetuity.

Franks made an offer to sell it to Taco Bell. “We believe it belongs here in Fresno. If those guys wanted, if they did reach out to us and wanted it, it wouldn’t be available unless we’re talking about a million bucks, starting price,” Franks announced in gest (we think).

No word on the any response from Taco Bell.

The custom hats will have a different striping pattern for each player.

Technically, this is a violation of the baseball rulebook, which says all players “shall wear uniforms identical in color, trim and style” (rule 3.03 (a)).

Best uniform in minor league baseball is when the @FresnoGrizzlies become the Fresno Tacos. Here’s their 2017 version pic.twitter.com/dvwMUgLDvJ

Is there any chance the team will change its name to Tacos full time?

“We like it as an alter ego. We think it is a fun alternate identity. We love Growlifornia, we love the Grizzlies. Never say never, but now our plan is to keep the two identifies,” Franks commented.

Opening Night is April 6 versus Reno.