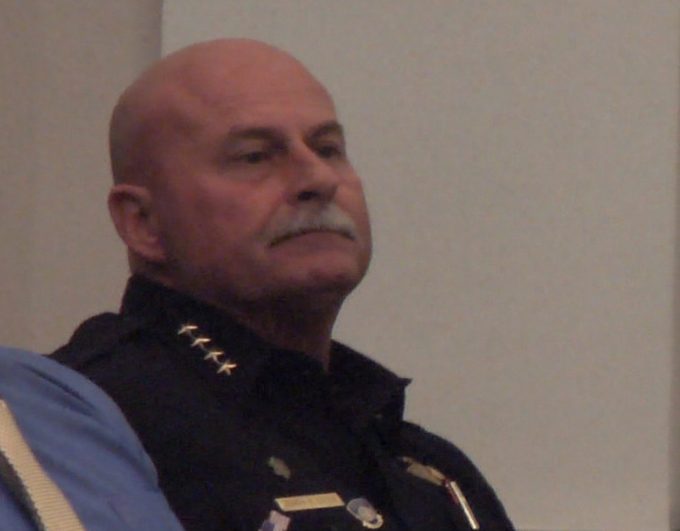 The police chief wanted to protect his department. Community activist bristled at the thought of the militarization of those who are supposed to protect and serve them. A councilman who has straddled the line of both sides tried to bridge the two opposing forces together.

Thursday night, the council approved the police department’s urgent request to purchase 270 Colt-made patrol rifles. The urgency allows the department to bypass the normal bidding process in hopes of shaving weeks off the process to buy the guns.

Although some activists who spoke out against the deal decried the amended bidding process, they were more concerned about the type of weapons to be purchased. They called them assault weapons, military weapons and guns that are not legal for everyday citizens.

But Jerry Dyer, the Fresno Chief of Police, delivered an impassioned response as to why the rifles are needed. He cited sensational crimes that have shook America in recent years: the terror-motivated shootings in San Bernardino, the ambush of police in Dallas, and the mass killings in Aurora, Colorado and Newtown, Connecticut.

“We ought to be irate as a nation over those things,” Dyer said, referring to above incidents.  “We’re coming across gang members every week in our city that are armed with assault rifles that are doing drive-by shootings. They are not doing them with handguns.”

Dyer talked about the advantages of rifles. He said officers can stay at a further distance than with a handgun. “When you do that, you have more time to make a decision,” Dyer said. “I have an obligation, I have a responsibility just as you do (referring to council), to give our officers the equipment that they need to keep themselves safe. “

Councilman Oliver Baines  is no stranger to taking up activist causes. It is accurate to say he has liberal tendencies in his voting record. Before he was a councilman, he was a officer in the Fresno Police Department, experience he drew upon in his comments from the dais.

“This isn’t an either/or conversation. It is ‘and’. At some point, as a policy maker, it is our job also to make sure that our police officers have equipment,” Baines commented. “It is not we are arm our officers with the proper equipment or community based policing. We as a community have to do both.”

The council voted 5-0 (with Baines abstaining and Esmeralda Soria absent) to grant the emergency purchase, up to $325,000. The department will use an informal bidding process, in which Deputy Chief Robert Nevarez tells GV Wire will still lead to competitive bidding.

In other police-related items, the council did approve a $1.8 million dollar purchase of 60 patrol cruisers.

And, council delayed a vote on whether to purchase monitoring software and a policy crafting rules on the release of police videos.

Many of the same community activists were concerned about the software. The “Beware” program published by West Corporation would provide data culled from public sources on a given person, such as a suspect police are encountering. Questions were raised about how accurate information of a potential suspect would be and just how much information would be shared with police.

Attorney Stuart Chandler also questioned the policy on the videos. One section would allow the Chief of Police to edit video before being released to the public. That bothered Chandler, attorney for the mother of Dylan Noble (the 19-year old killed by police last year, captured on police video). Chandler also expressed concern that there is no provision to preserve the original video.

At the request of incoming mayor Lee Brand, council delayed the two proposals so they can be vetted by a citizens’ police oversight committee. The formation of the group is one of Brand’s campaign promises.

He chooses the next president