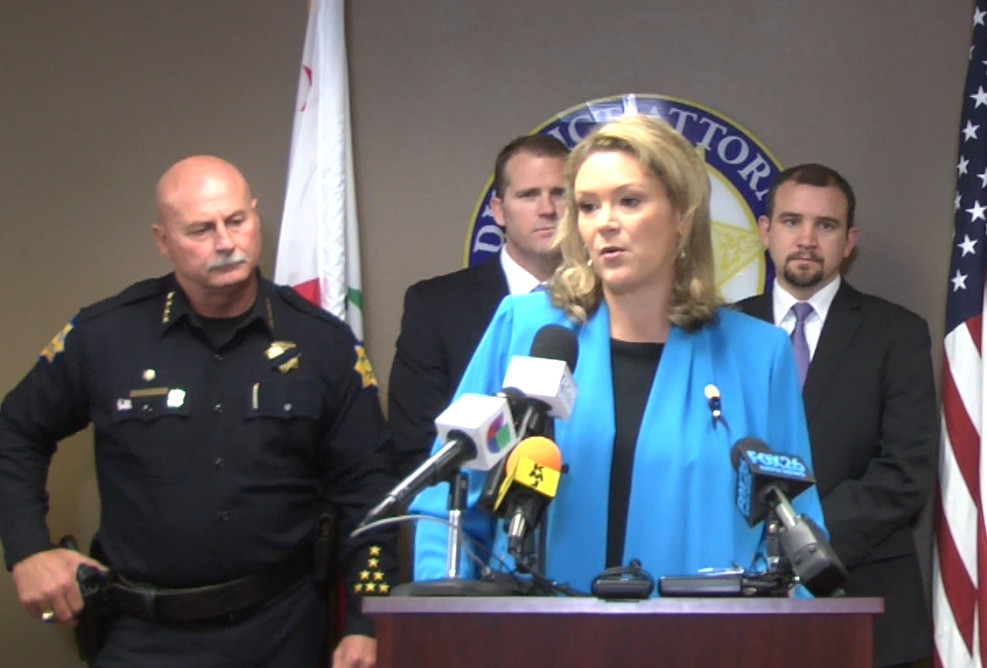 It’s a simple message, but one that bears repeating especially during this holiday season: don’t drink and drive. That piece of advice is nothing new for District Attorney Lisa Smittcamp and other law enforcement leaders who spoke with the media at a recent news conference. What is new is the veracity of which Smittcamp will go after repeat DUI drivers who kill someone.

She didn’t mince her words. “If you kill someone while driving under the influence and you have a prior conviction for that same offense, you can be convicted of second degree murder and face a sentence of 15 years to life.”

Other law enforcement members joined Smittcamp, including Fresno Police Chief Jerry Dyer. “Oftentimes, we talk about the homicides and that being a violent crime. Well, driving under the influence of alcohol, getting involved in a collision, inuring or killing someone: that too is a violent crime.”

Complicating things this year is the passage of Prop 64, legalizing the recreational use of marijuana. “Driving under the influence of marijuana is not legal. That’s a really important message to send out,” Smittcamp warned. “If we can prove it, we will prosecute them.”

Law enforcement will have to use different means to determine if a person is too high to drive than they would if a person drinks too much. While a Breathalyzer can be used to help measure Blood Alcohol Content, no such device exists for marijuana use and driving. Smittcamp says they would have to use objective measures.

Dyer says that the level of marijuana intoxication does not matter when it comes to driving impaired. He admits it would make their lives easier if there was a standard.

Smittcamp cited five second-degree murder convictions so far this year in fatal DUI accidents, where the suspect had prior DUI arrests:

“These cases were gut wrenching. They ruined families. They take parents away from their children. They take children away from their parents. They endanger every single one of us,” Smittcamp continued. She further wrote in a news release “they were the direct result of these defendants’ choice to drink and get behind the wheel.”

The penalty for a second degree murder conviction is 15 years to life.