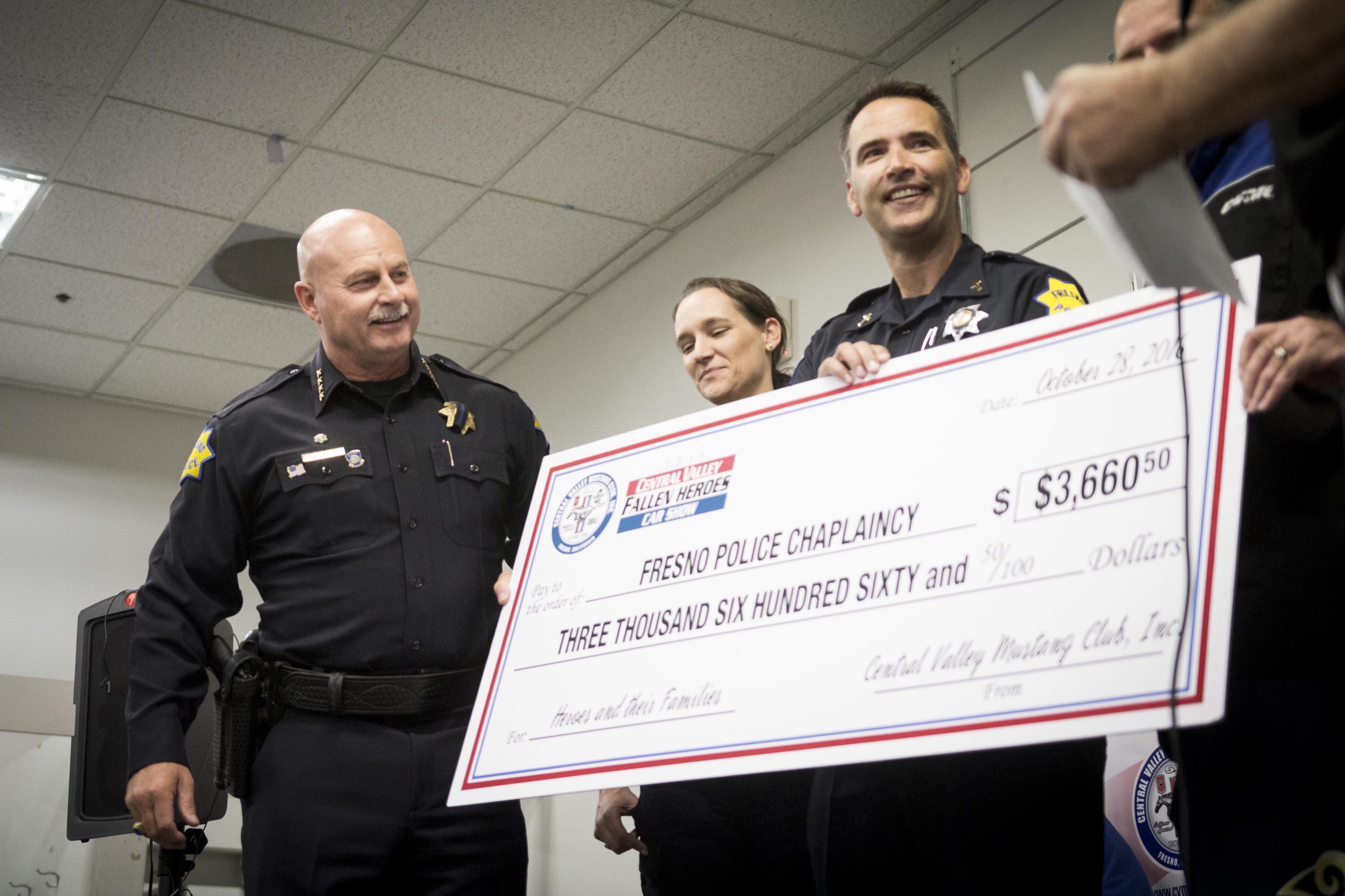 It was smiles and gratitude this morning as the Central Valley Mustang Club presented four checks to help public safety on October 28. Raising more than $15,000 at an early October Fallen Heroes car show at the Sierra Vista Mall, the club divided the money between the Clovis Police Chaplaincy, Fresno Police Chaplaincy, Fresno Firefighters Association and the American Legion.  Each group received $3,600.50.

“We know, oftentimes, police officers may not feel that level of appreciation that they hope for. Through our Support Blue program through our chaplaincy, they are able to do that. I can rest assured that this money will go a long way toward that,” Fresno chief Jerry Dyer said, accept the check from club president Mark Gardner.

Dyer said the money would help the chaplaincy with their outreach programs.

Fresno Firefighters Association president Carlton Jones mentioned the passing away of three firefighters in the state this past year. “This money will go a long way to help their families.”

The club announced they will organize the Fallen Heroes car show again next October.

Former Congressman Radanovich on the election