Where Measure X money is coming from 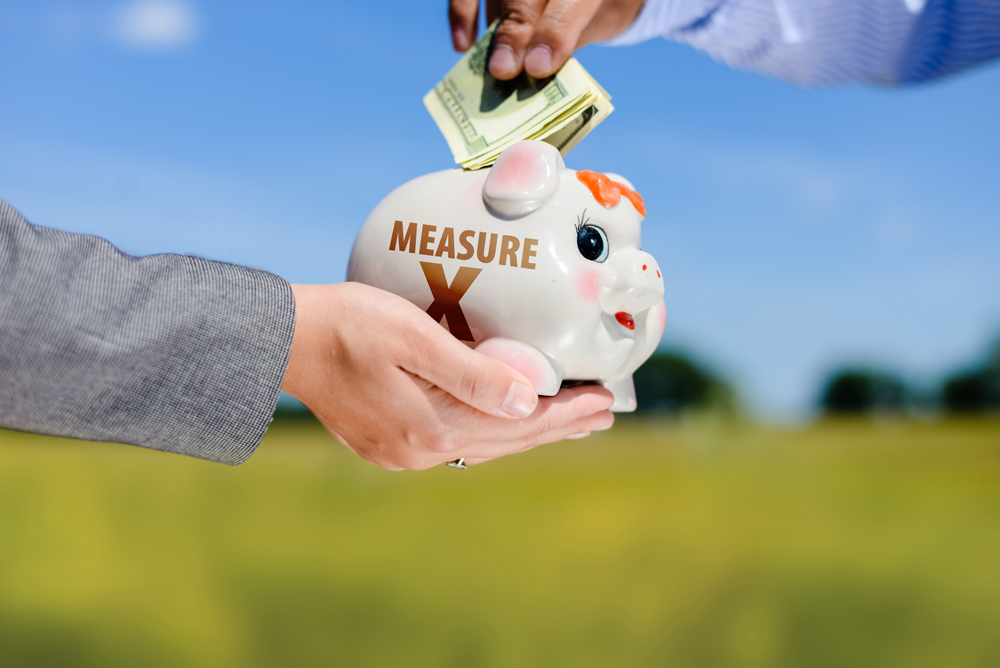 When it comes to spending money on Measure X, uncovering who is spending money is a bit murky. Voters will decide on a $225 million bond for Fresno Unified. The district says the money will be used to help upgrade and repair facilities at its 100-plus campuses.

No official committees exists that either supports or opposes Measure X.  There has been some evidence of independent spending. The No on X signs are funded by a group called Schools Not Scams PAC. According to county campaign finance records, it is entirely funded by Fresno Unified trustee Brooke Ashjian. He has donated $3414.66, all for signs.

An association representing charter schools has spent at least $25,000 against Measure X. Filed through the Secretary of State, the California Charter Schools Association Advocates (CCSAA) Issues Committee has spent most of its money on mailers.  A spokesman for the group says they intend to spend $100,000 locally.

CCSAA initially offered to fund an official Yes on X campaign. However, when the school district was only willing to fund charter schools on district property and not all charters (there are some at churches and University High School on Fresno State’s campus), CCSAA took a negative position on the bond. Both representatives from Fresno Unified and CCSAA confirm the story.

Three individuals are also listed contributing to the Issues Committee account. Doris Fisher ($100,000) of San Francisco is the co-founder of retailer The Gap.  Marcia Aaron ($250)  is the CEO of  Kipp LA Schools, a group of charters in Southern California. Reed Hastings ($100,000) is the CEO of Netflix. It should be noted that Issues Committee also spends money on various elections throughout the state, not just Measure X.

Records on supporters of Measure X are harder to pinpoint. Yes on Measure X ads are running on radio stations owned by One Putt Broadcasting, namely ESPN Radio 940 (AM) and Jewel FM (99.3). GV Wire spoke briefly with owner John Ostlund, but he declined to provide further comment. Fresno County Elections confirms that no papers have been filed by One Putt.

There is also a negative radio ad running against Fresno Unified superintendent Michael Hanson on various stations. The spots are paid for by Common Sense Information, voiced and run by local conservative political activist Tal Cloud. While it is clear on Cloud’s thoughts on Hanson, it does not specifically take a position on Measure X.

Fresno Unified itself has held events regarding Measure X. The district held a media news conference on October 12 at Duncan Polytechnic High School. In an invite to the media, the District said:

Superintendent Michael Hanson will provide an overview of the project recommendations the Board of Education will receive at its Wednesday night meeting as it relates to the upcoming school bond measure, Measure X.

If approved by voters, Measure X would fund projects across the district that support classroom education, the repair of neighborhood schools and student safety. The measure would maintain the current authorized tax rate and would build upon past investments as detailed in the district’s Facilities Master Plan.

While some may wonder whether a school district is allowed to engage in political activities, the answer is mixed. Technically, it is not legal per Education Code 7054(a):

No school district or community college district funds, services, supplies, or equipment shall be used for the purpose of urging the support or defeat of any ballot measure or candidate,

including, but not limited to, any candidate for election to the governing board of the district.

However, the section does allow for a school district to use public resources to “provide information to the public” about a bond, as Education Code 7054 continues:

public resources described in subdivision (a) to provide information

ballot measure if both of the following conditions are met:

(1) The informational activities are otherwise authorized by the

Constitution or laws of this state.

(2) The information provided constitutes a fair and impartial

presentation of relevant facts to aid the electorate in reaching an

informed judgment regarding the bond issue or ballot measure.

or imprisonment pursuant to subdivision (h) of Section 1170 of the

Penal Code for 16 months, or two or three years.

The law also allows any administrator or elected official from advocating their position, as Education Code 7054.1 reads:

Nothing in this article shall be construed as prohibiting any administrative officer or board member of a school district or community college district from appearing at any time before a citizens’ group that requests the appearance of the officer or board member for purposes of discussing the reasons why the governing board of the district called an election to submit to the voters of the district a proposition for the issuance of bonds and for purposes of responding to inquiries from the citizens’ group.

For example, a video produced by Fresno Unified highlights how and where Measure X bond money would be spent. They never do encourage a vote.

Former Congressman Radanovich on the election