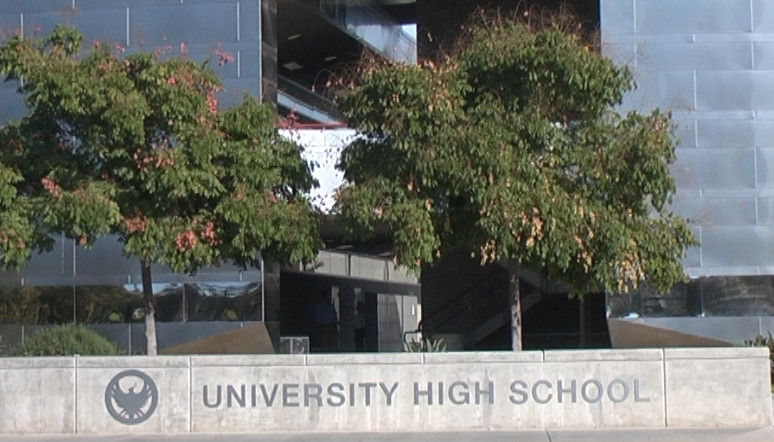 The future of University High School (UHS) hangs in the balance of the Fresno Unified School District (FUSD) Board. The school’s charter is up for renewal. The trustees heard nearly two hours of testimony at its meeting last night. They will make their final vote on November 9.

The award winning, music-themed school needs the board to grant it permission to operate by renewing the charter every five years. Students are determined by a lottery. Nearly 60% of the students come from outside the Fresno Unified boundary lines.

Dr. James Bushman, the Head of School, provided a 13-minute opening statement extolling the virtues of University. He was followed by 20 of speakers, parents and current students, in support of the work UHS has done. 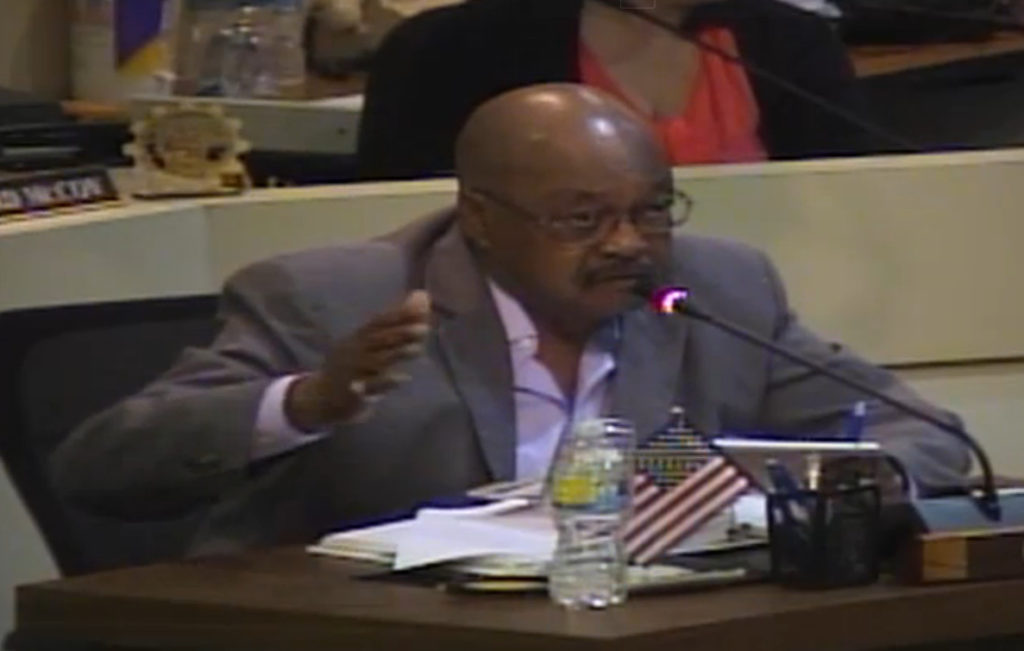 Trustee Cal Johnson at the FUSD board meeting October 26, 2016.

Trustee Cal Johnson, expressed reservations based on the lack of black students on campus. “I don’t see color, and that’s a problem; and when I don’t see me, after six years ago that I come out and visit and I told you I don’t see myself. So, there is no point in me coming out there.” Johnson is the school board’s lone black member.

Bushman replied that while numbers were low when he arrived at the school in 2006, things have improved and there is always room to be better. He said the racial breakdown approximates to 35% white, 35% Asian, 27% Hispanic and 3% black.

Another issue was an ACLU report this past summer criticizing UHS and other state charter schools over too stringent admission standards in violation of state law. Bushman addressed a question from Trustee Valerie Davis, saying UHS removed an Algebra prerequisite, which satisfied ACLU’s objections. ACLU has since removed UHS from its list.

Brooke Ashjian then waxed philosophic. “Why are you guys even here? Top 50 in the nation. Why is this even a discussion? This makes no sense to me,” the trustee said to thunderous applause. “I would hope we could be able to emulate some of the things you guys have done that has raised Fresno Unified from the bottom to where we need to go.”

Access to UHS was a concern brought up by trustee Christopher De La Cerda. “There is a concerning gap in the diversity of the school,” De La Cerda said. He brought up racial statistics as well as socioeconomic and English learner numbers. He also showed concern about one of UHS’ unique admission criteria- a musical background.

A Fresno Unified official tells GV Wire that administration has questions about the lack of students of color and special education students. If those issues can be addressed, Superintendent Michael Hanson could support re-chartering of UHS.

Watch the board meeting: