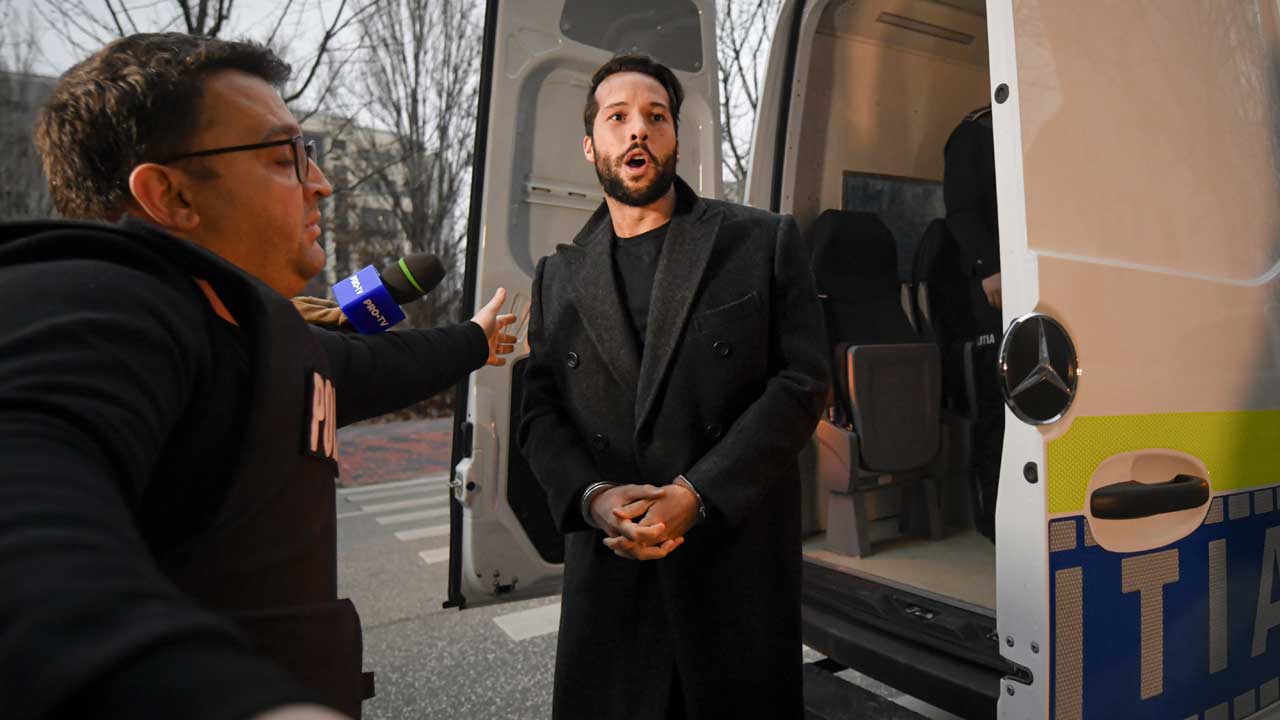 Influencer Andrew Tate and his brother Tristan, are being held on charges of being part of an organized crime group, human trafficking and rape. (AP Photo/Alexandru Dobre)
Share with friends

Romanian prosecutors on Wednesday were carrying out forensic searches of mobile phones and laptops as they look for further evidence in the case of social media personality Andrew Tate, who is detained in the country on suspicion of organized crime and human trafficking, an official said.

Tate, 36, a dual British-U.S. citizen who has nearly 5 million followers on Twitter, was initially detained in late December in Romania’s capital, Bucharest, along with his brother, Tristan, and two Romanian women.

Both the Tates appeared on Wednesday, in handcuffs as they were escorted by law enforcement officials from a police van to the offices of DIICOT, Romania’s Directorate for Investigating Organized Crime and Terrorism, in Bucharest.

Ramona Bolla, a DIICOT spokesperson, confirmed to The Associated Press that the forensic searches of the digital devices are taking place Wednesday, in order to obtain further evidence in the case.

Responding to a journalist’s question as he arrived at the DIICOT offices, Andrew Tate was heard saying that “the case file is completely empty” and that “there is no justice in Romania.” His brother, Tristan, was also heard saying: “…for my money, that is why I am in jail, I have money that they were going to steal.”

Both the Tates will remain in detention until late February after a judge on Friday granted prosecutors a request to extend for a second time their detention by 30 days. It is not clear whether the Tates have appealed Friday’s ruling.

Andrew Tate, a former professional kickboxer who has reportedly lived in Romania since 2017, was previously banned from various prominent social media platforms for expressing misogynistic views and hate speech.

After the Tates and the two women were arrested in December, DIICOT said in a statement that it had identified six victims in the human trafficking case who were subjected to “acts of physical violence and mental coercion” and were sexually exploited by the members of the alleged crime group.

The agency said victims were lured with pretenses of love, and later intimidated, kept under surveillance and subjected to other control tactics while being coerced into engaging in pornographic acts for substantial financial gains.

A post appeared late Tuesday on Andrew Tate’s Twitter account that read: “My case is a political operation designed to degrade my influence. Throughout history, unjust imprisonment has been used to silence empowering people. The game hasn’t changed.”

Earlier in January, Romanian authorities descended on a compound near Bucharest where they towed away a fleet of luxury cars that included a blue Rolls-Royce, a Ferrari and a Porsche. They reported seizing assets worth an estimated $3.9 million.

Prosecutors have said that if they can prove the owners gained money through illicit activities such as human trafficking, the assets would be used to cover the expenses of the investigation and to compensate victims. Tate also unsuccessfully appealed the asset seizure.