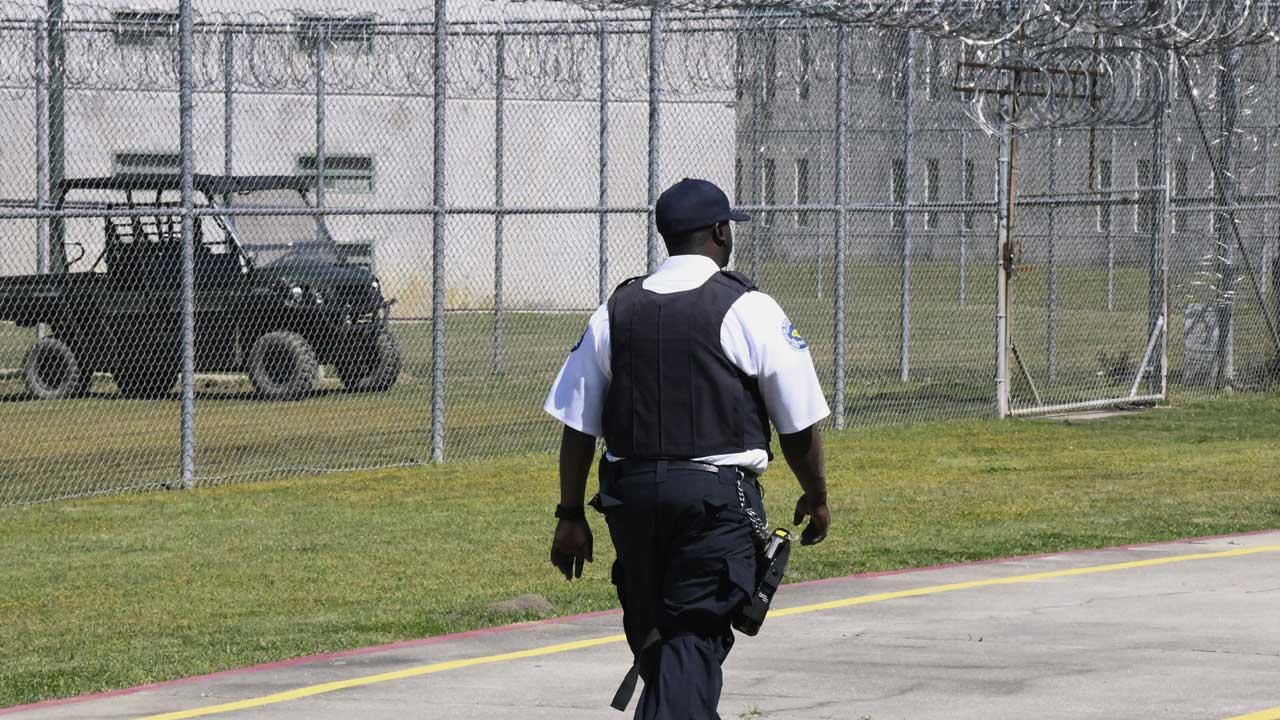 Top state prosecutors from across the country are again urging Congress to pass legislation allowing state prisons to jam the signals of cellphones smuggled to inmates, devices the attorneys argue allow prisoners to plot violence and carry out crimes.

Wilson’s office said there are plans to reach out to Democratic state prosecutors, arguing the issue isn’t a partisan one.

The letter, provided to The Associated Press, cites a handful of criminal incidents the attorneys say were orchestrated by inmates using contraband cellphones, including a Tennessee drug conspiracy and a double homicide hit ordered by an Indiana inmate.

They also cited a 2018 gang-related siege that raged for more than seven hours at a South Carolina prison, killing seven inmates. One inmate described bodies “literally stacked on top of each other, like some macabre woodpile.” Corrections officials blamed the orchestrated violence — the worst U.S. prison riot in 25 years — in part on illegal cellphones.

“If inmates were blocked from using contraband cell phones, we could prevent serious levels of drug trafficking, deadly riots, and other crimes from happening,” the prosecutors wrote.

To be able to render the phones — smuggled inside hollowed-out footballs, whisked in by corrupt employees and sometimes even dropped by drone — worthless, prosecutors are calling for a change in a nearly century-old federal communications law that currently prevents state prisons from using jamming technology to nullify illicit cell signals.

The push to clamp down on illicit cellphones in state prisons has been ongoing for years, with South Carolina Corrections Director Bryan Stirling at the forefront of an effort by corrections directors across the country to call for the ability to use more technology to crack down on the contraband phones.

An incremental victory came in 2021, when the Federal Communications Commission adopted a ruling that would allow state prison systems to apply for permits to identify and turn off illegal cell signals, one by one, in collaboration with cellphone providers. South Carolina was the first state to apply to use this technology, but Stirling told AP on Tuesday that no action has been taken on the state’s application.

Federal prisons are allowed to jam cell signals behind bars, although none currently do, Stirling said.

CTIA, a wireless industry group, opposes jamming, saying it could thwart legal calls. But, according to a 2020 FCC document, CTIA told the commission “it has been working successfully, along with its members companies” on “ceasing service to contraband devices pursuant to court orders they have obtained.”

CTIA and FCC officials did not immediately respond to emails seeking comment on a renewed push for jamming.

Congress has previously considered jamming legislation, but no bills have been signed into law or even had a hearing. U.S. Sen. Tom Cotton, R-Ark., reintroduced such a measure in August in the previous Congress.

“We’re not going to stop advocating,” Wilson told AP on Tuesday. “I can only hope that at some point, Congress is going to take note.”