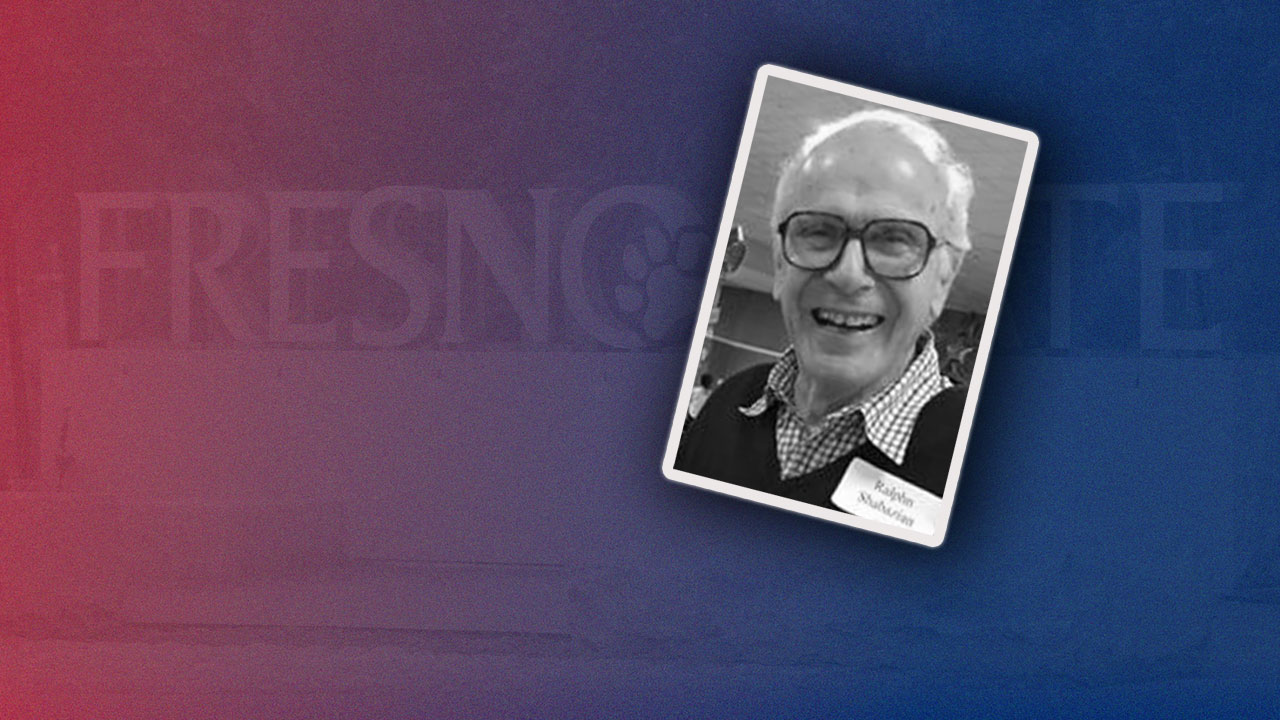 When Ralph Shabazian learned about the Armenian Studies Program at Fresno State in early 2016, he knew he wanted to be a part of helping students explore their heritage to help share the Armenian story.

Mr. Shabazian never learned the Armenian language. However, he had a keen interest in the history and culture of his people and was proud of his Armenian heritage. He wanted to help make it possible for students of Armenian descent to pursue their education, especially learning about their Armenian heritage, their country’s history, culture, art, music, and language.

This desire led him to establish the “Ralph Shabazian Armenian Memorial Scholarship Fund” with a donation of $700,000 through his estate trust to the Armenian Studies Program at Fresno State. Mr. Shabazian passed away on Jan. 8, 2022.

“Ralph Shabazian’s generosity will provide for the growth of the Armenian Studies Program and for the awarding of additional Armenian studies scholarships,” said Barlow Der Mugrdechian, the Berberian Coordinator of Armenian Studies at Fresno State. “Shabazian’s life is a testament to a person whose pride in his heritage led him to make a donation that will have a profound effect. The program is appreciative of this exceptional gift.”

Dr. Honora Chapman, dean of the College of Arts and Humanities, said, “Fresno State students who take Armenian studies courses will deeply appreciate this new endowment, since it will provide the funds they need in order to take inspiring coursework and achieve their dream of earning a degree. We are so grateful for Mr. Shabazian’s gift that will continue to transform students’ lives for generations to come.”

Mr. Shabazian’s parents, Aram and Mary Khatoonian, came to Fresno after fleeing persecution in Armenia in the early 1900s. Aram was a decorated U.S. soldier, having earned the Purple Heart and the Silver Star for capturing 11 German soldiers in World War I. Aram and Mary settled in Turlock after they married, where Aram farmed cantaloupes and later became a foreman for a melon shipping company.

Mr. Shabazian was born in Turlock in 1932. The fourth of six children, he graduated from Turlock High School and continued his education at Modesto Junior College. He began his career in the men’s clothing business, working as a senior in high school at the Turlock Toggery until its closing in 1988. He continued working for about another 10 years at Rossini’s Menswear in Modesto until he retired.

“Ralph was a frugal man who lived very simply and, due to his lifestyle, he was able to save. This allowed him to use that savings to enrich the lives of others after his passing,” said Rosemary Selland, Shabazian’s sister. “Ralph once said to me that ‘money was to be respected and used wisely.’ I think I can safely say his personal use of money, and his choice of charities to donate his money to bears that out.”

In his professional life, Mr. Shabazian “dressed” hundreds of men, including congressmen, doctors, lawyers, businessmen, farmers, and many others. He had impeccable taste in clothes and a sense of style that many admired. Mr. Shabazian remembered his customers’ names and clothing sizes and seemed to know what would look good on them.

He even modeled clothing for the store’s advertisements in the local newspaper. Once, he was even chosen as “Bachelor of the Year” in Turlock.

A man of many interests, Mr. Shabazian enjoyed traveling and went on many educational travel trips with California State University, Stanislaus. He was an avid reader and enjoyed music from the 1940s and classical music, including opera and the symphony orchestra.

He was skilled at tennis and took home numerous trophies in competition. He once took a 310-mile, eight-day pontoon trip down the Colorado River through the Grand Canyon and wrote of his experience for the Turlock Daily Journal. Later, he delighted in taking friends and family down the rapids of the Stanislaus River in his own raft.

Related Topics:ArmenianFresno State
Up Next

These Kids Have Been Tardy Every Day Since School Started in August. Who’s to Blame?