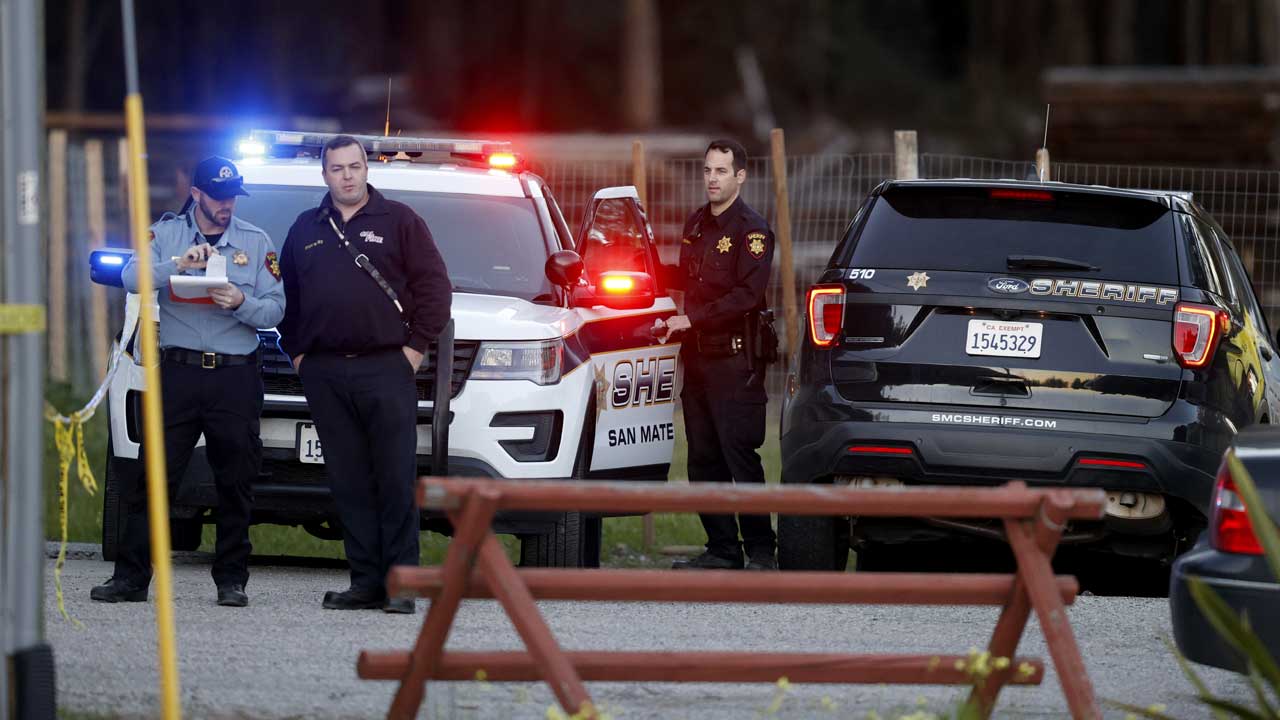 Sheriffs officers and EMS personnel gather along a road near Half Moon Bay where multiple people were found shot to death on Monday. (Carlos Gonzalez/San Francisco Chronicle via AP)
Share with friends

A gunman killed seven people at two agricultural businesses near Half Moon Bay in Northern California, plunging the state into mourning again in the wake of its third mass killing in eight days.

Officers arrested a suspect in Monday’s shootings, 67-year-old Chunli Zhao, after they found him in his car in the parking lot of a sheriff’s substation, San Mateo County Sheriff Christina Corpus said.

Seven people were found dead and an eighth injured at a farm and another location several miles away, the Sheriff’s Office said. Officials believe Zhao worked at one of the facilities and that the victims were workers as well, Corpus said. Officials haven’t determined a motive for the shooting.

California is still reeling from an attack on a Lunar New Year celebration in Monterey Park that killed 11 and cast a shadow over an important holiday for many Asian-American communities. Authorities are still seeking a motive for the Saturday shooting.

The new year has brought a shocking string of mass killings in the U.S. — six in less than three weeks, accounting for 39 deaths. Three have occurred in California since Jan. 16, according to a database compiled by The Associated Press, USA Today and Northeastern University. The database tracks every mass killing — defined as four dead not including the offender — committed in the U.S. since 2006.

Half Moon Bay Vice Mayor Joaquin Jimenez said the victims included Chinese and Latino farmworkers. Some workers lived at one of the facilities and children may have witnessed the shooting, she said. Corpus said it wasn’t immediately clear how the two locations were connected.

The Sheriff’s Office first received reports of a shooting in the afternoon and found four people dead and a fifth wounded at the first scene. Officers then found three more people fatally shot nearby, Capt. Eamonn Allen said in a news release.

About two hours later, a sheriff’s deputy spotted Zhao’s car parked outside a sheriff’s substation in a strip mall and arrested him.

A video of the arrest showed three officers approaching a parked car with drawn weapons. Zhao got out of the car, and the officers pulled him to the ground, put him in handcuffs, and led him away. A weapon was found in his vehicle, officials said. The video was captured by Kati McHugh, a Half Moon Bay resident who witnessed the arrest.

“We’re still trying to understand exactly what happened and why, but it’s just incredibly, incredibly tragic,” said state Sen. Josh Becker, who represents the area and called it “a very close-knit” agricultural community.

Half Moon Bay is a small coastal city with agricultural roots, home to about 12,000 people. The city and surrounding San Mateo County area is known for producing flowers as well as vegetables like brussels sprouts. The county allows cannabis farming in some areas.

It’s a majority white community and about 5% of the population is Asian, according to Census data.

“We are sickened by today’s tragedy in Half Moon Bay,” Pine said. “We have not even had time to grieve for those lost in the terrible shooting in Monterey Park. Gun violence must stop.”

California Gov. Gavin Newsom tweeted that he was “at the hospital meeting with victims of a mass shooting when I get pulled away to be briefed about another shooting. This time in Half Moon Bay. Tragedy upon tragedy.”

On Jan. 16, a teenage mother and her baby were among six people killed in a shooting at a home in the Central Valley community of Goshen.